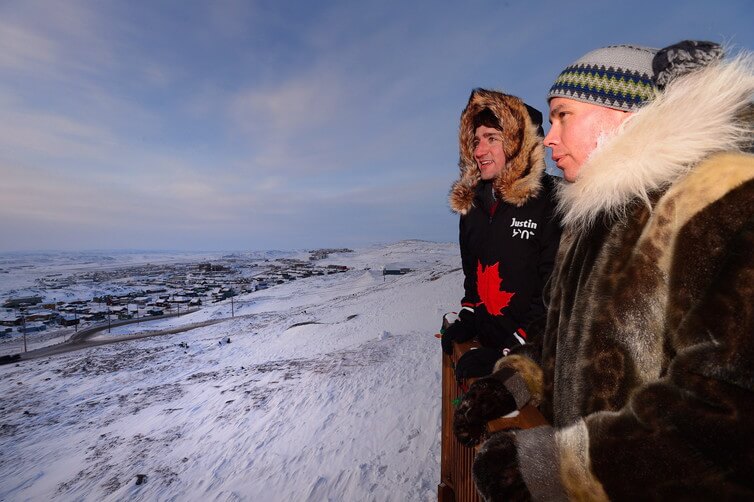 Romantic notions about the Arctic must include Indigenous rights

The Arctic is many things to many people. In Canada, this malleability has made the region an incredibly valuable vehicle for nation-building and identity construction.

As a Newfoundland-born international politics scholar and author who researches Canada’s relationship with the Arctic, I believe that very pliability of the Arctic is an important feature of Canadian society, one that’s been cultivated for decades. The Arctic has intrigued many of us for myriad reasons since Confederation.

Canada’s most famous painters, the Group of Seven, focused extensively on the Canadian North in their work and Lawren Harris, in particular, immortalized the imagery of a vast frozen landscape devoid of life into the national psyche and brand.

Folklore about the Yukon Gold Rush tap into the notion of the Arctic as resource-rich frontier with massive wealth for determined risk-takers to grab. The doomed Franklin Expedition of the 1840s has captivated Canadians for generations, with interest renewed when the sunken ships were located in recent years in the Canada’s Arctic waters.

More recently, the impact of climate change on the Arctic and political tensions with Russia have also reignited concerns over security in the region, both environmental and military.

Most Canadians, however, don’t stop to think why or how the Arctic is such a key part of the Canadian psyche.

I believe the idea of the Arctic is popular in part because Canada is so regionalized. As all Canadians know, it’s the second largest country in the world with a relatively small, spread-out population. Most of us live near the Canada-U.S. border.

And so a place like Canada needs umbrella concepts to help unite it and beyond maple syrup, hockey and the weather, the range of pan-Canadian topics is rather limited.

Proximity to the United States has always had a major impact on Canadian politics and the evolution of the country. We often feel overshadowed by the cultural behemoth to the south.

Could this be why we have such romantic and protective feelings about the Arctic? A vast Arctic frontier is something Americans don’t really have except for portions of Alaska, after all. It differentiates Canada from the United States.

Nonetheless to dismiss our relationship with the Arctic as a byproduct of anti-Americanism is an injustice to Canada’s own sense of its unique character, and the efforts by generations of its people to cultivate, expand and define our national identity.

Canada’s ties to the Arctic are very much rooted in a desire to expand and grow as a country based on its own merits and accomplishments.

But as we give more consideration to Arctic development now that the sea ice shrinks, we risk alienating Canada’s Indigenous peoples — even as we’re being warned not to.

Increasingly, the Indigenous peoples in the Canadian North are being heard. In the 1960s, they began to make headway in defining their rights within Canada’s legal frameworks.

In the Arctic, the landmark recommendations by Justice Thomas Berger in 1977 to halt the constructive of a natural gas pipeline from the Mackenzie Delta down to southern Canada signalled changing times in Canada’s political and legal landscape.

The inquiry recommended further environmental assessments and the completion of the federal government’s land claims negotiations with Indigenous peoples first.

Most recently, the Supreme Court of Canada ruling about seismic testing near Clyde River underscores the increasing influence of Indigenous people over Arctic governance.

In the past, Canada has expanded its territory in the Arctic via land transfers, supporting expeditions in the late 19th and early 20th centuries and disputes with neighbouring countries like Norway and Denmark.

Today, however, Canada’s approach to the Arctic has been labelled colonial — and that’s an approach the courts are making clear must not extend to our treatment of the Indigenous peoples of the North.

Canadian attempts to claim the North Pole have been cited as an example of our alleged colonialism.

Canadians would be forgiven for assuming the North Pole was Canada’s. For more than 100 years, the Canadian government has published maps that show Canada’s boundaries up to the North Pole from the most eastern and westerly reaches of the mainland using a principle called sector theory.

Even when former Prime Minister Stephen Harper formally renounced the use of these boundaries in 2006, maps with the boundaries have continued to appear in official documents.

Notions about the Arctic — and yes, apparently the North Pole — play a part in the country’s journey to define itself.

But creative licence has been heavily employed in the construction of ideas about the Arctic. This has had both positive and negative implications.

On the one hand, the Arctic is whatever it needs to be to pull Canadians together: a last vestige of pristine nature; a dangerous and mythical other world shrouded in the mysteries of lost 19th century expeditions; a frontier full of treasure that only the bravest and strongest can obtain; or the front line in military and environmental defence.

But that’s a lot for one region to encompass. Canada’s Arctic manages this and more. The trick is to be all of this at the same time.

As Canada celebrates its 150th anniversary this year, it’s time to recognize what the courts are acknowledging: that Canadian romantic perceptions of the Arctic are sometimes out of synch with the political and legal realities of the
governance of the region.

If an awareness and appreciation of Indigenous peoples and their rights do not become a major part of our national narratives about the Arctic, the region’s unifying power over our national identity will be slowly eroded.