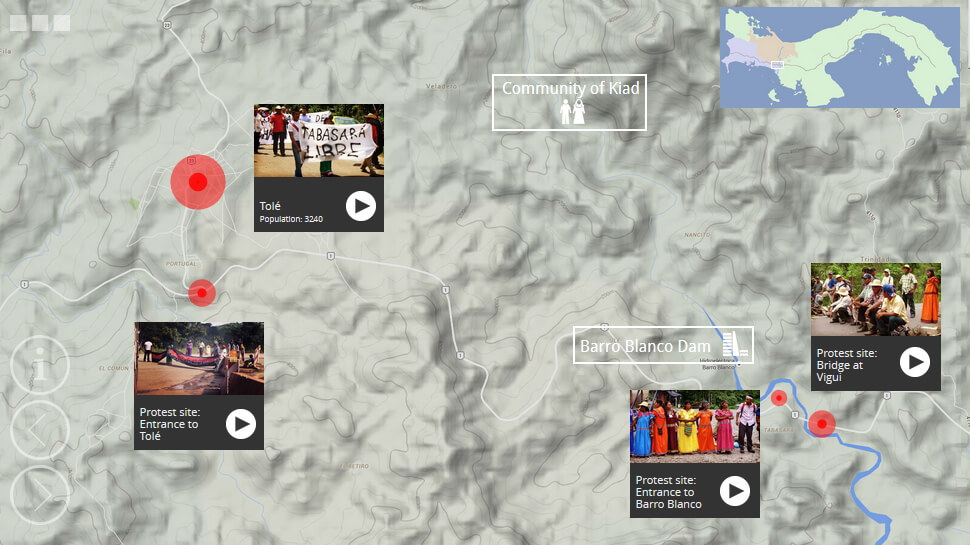 The webdoc is being made available to the public several weeks ahead of schedule because time is running out for the Ngäbe and campesino communities on the banks of the Tabasará River in western Panama.

As IC reported on April 8, the Honduran-owned energy company, GENISA, is almost ready to activate the controversial Barro Blanco dam. This means the communities who have fought long and hard for the project’s cancellation are in danger of being forcibly evicted from their homes.

The 28.84 megawatt dam is being constructed by GENISA on the Tabasará River in the Province of Chiriquí. Although located in Chiriquí, the dam will have a disastrous impact on Ngäbe communities inside the Comarca Ngäbe-Bugle and campesino communities also living on the banks of the river. 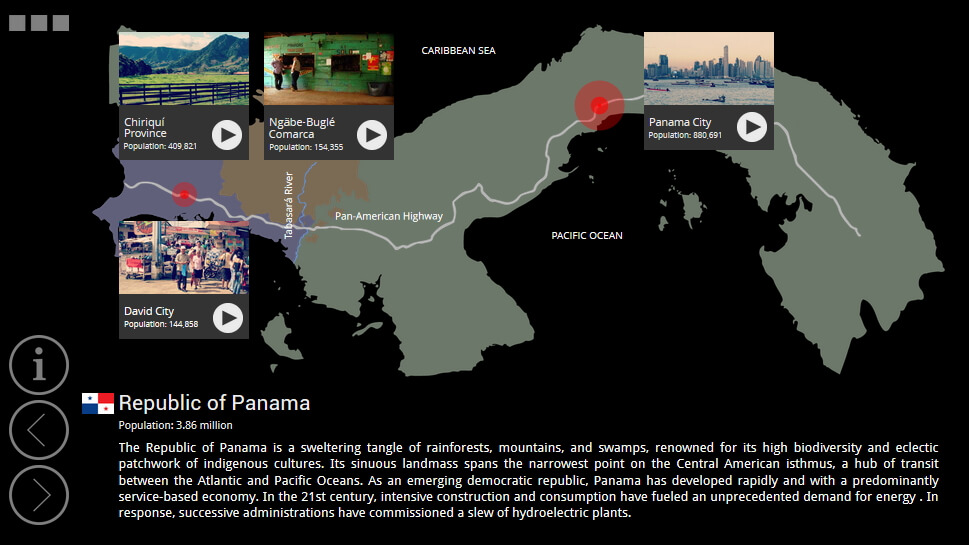 Once the gates are closed and the reservoir is filled, the subsistence fishing practices of all nearby Ngäbe and campesino communities will take a severe hit; cultivable land will be irrecoverably lost and the Ngäbe themselves will lose their school, their cultural centre and two sets of ancient petroglyphs that are of considerable cultural and archaeological importance. 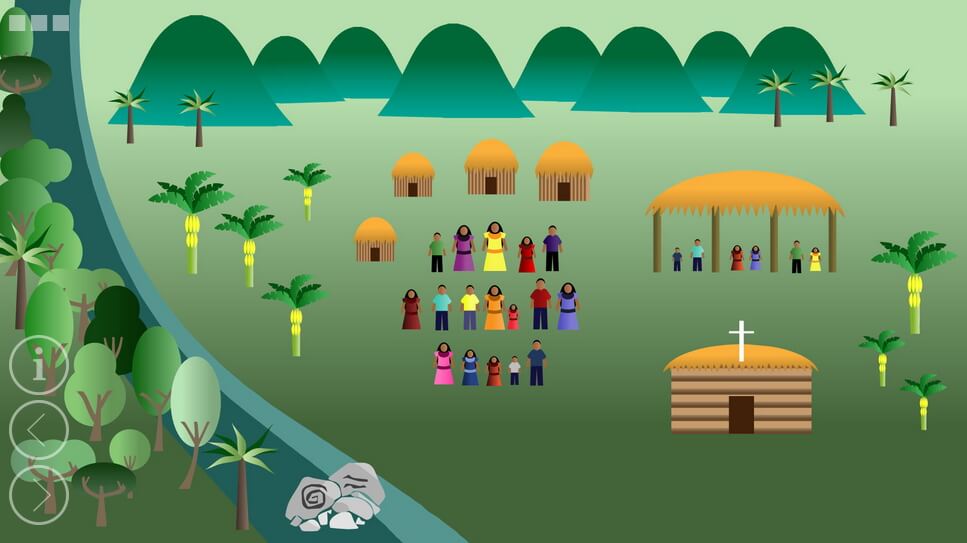 Tabasará Libre uses digital interactive technology to combine text, maps, videos and photos to explore the social, cultural and environmental impact of the Barro Blanco dam, the project’s proponents and the communities’ resistance. 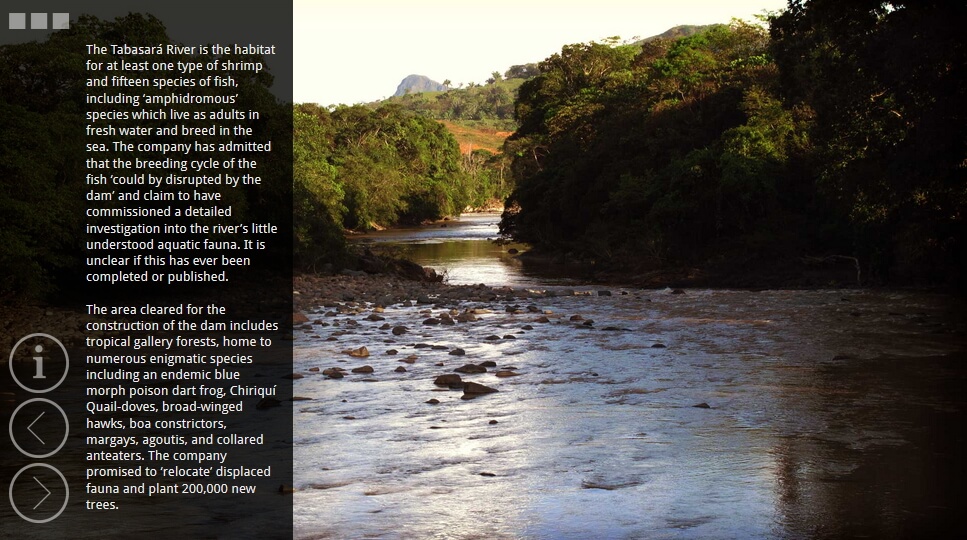 Tabasará Libre is at its heart a call to action. The Tabasará River communities are urgently calling on the international community for support. Information on how viewers can support the communities is provided in the webdoc.

“IC has stood alongside the Ngäbe since 2013. In fact, we’re the only news org in North America to consistently cover their struggle,” said John Schertow, IC’s Editor in Chief. “Our reporters have walked along the Tabasará River. They have listened as children speak in the tongue of the ancestors and they have stood on the frontlines as the Ngäbe are criminalized for saying ‘no’. We offer this humble webdoc to our Ngäbe and campesino friends in solidarity.” 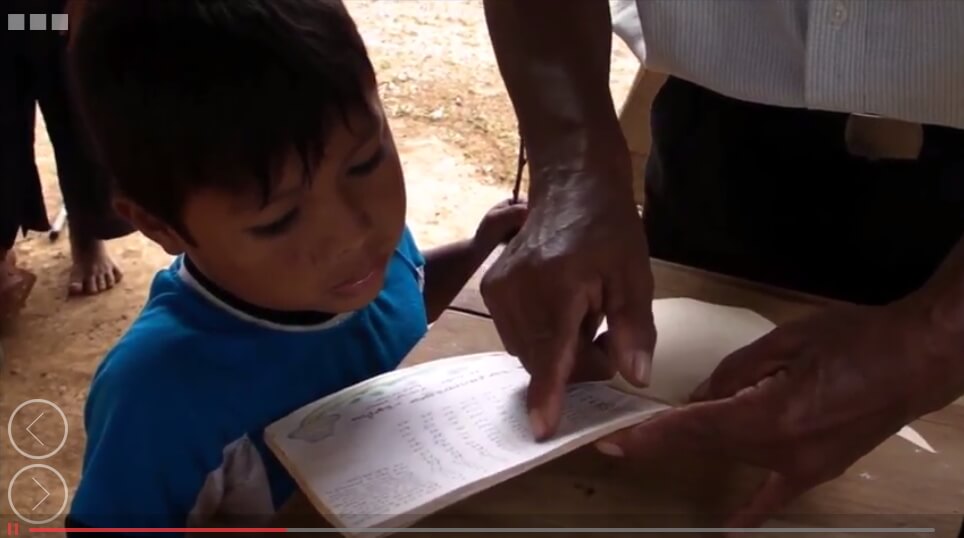 The webdoc can be found online at TabasaraLibre.com