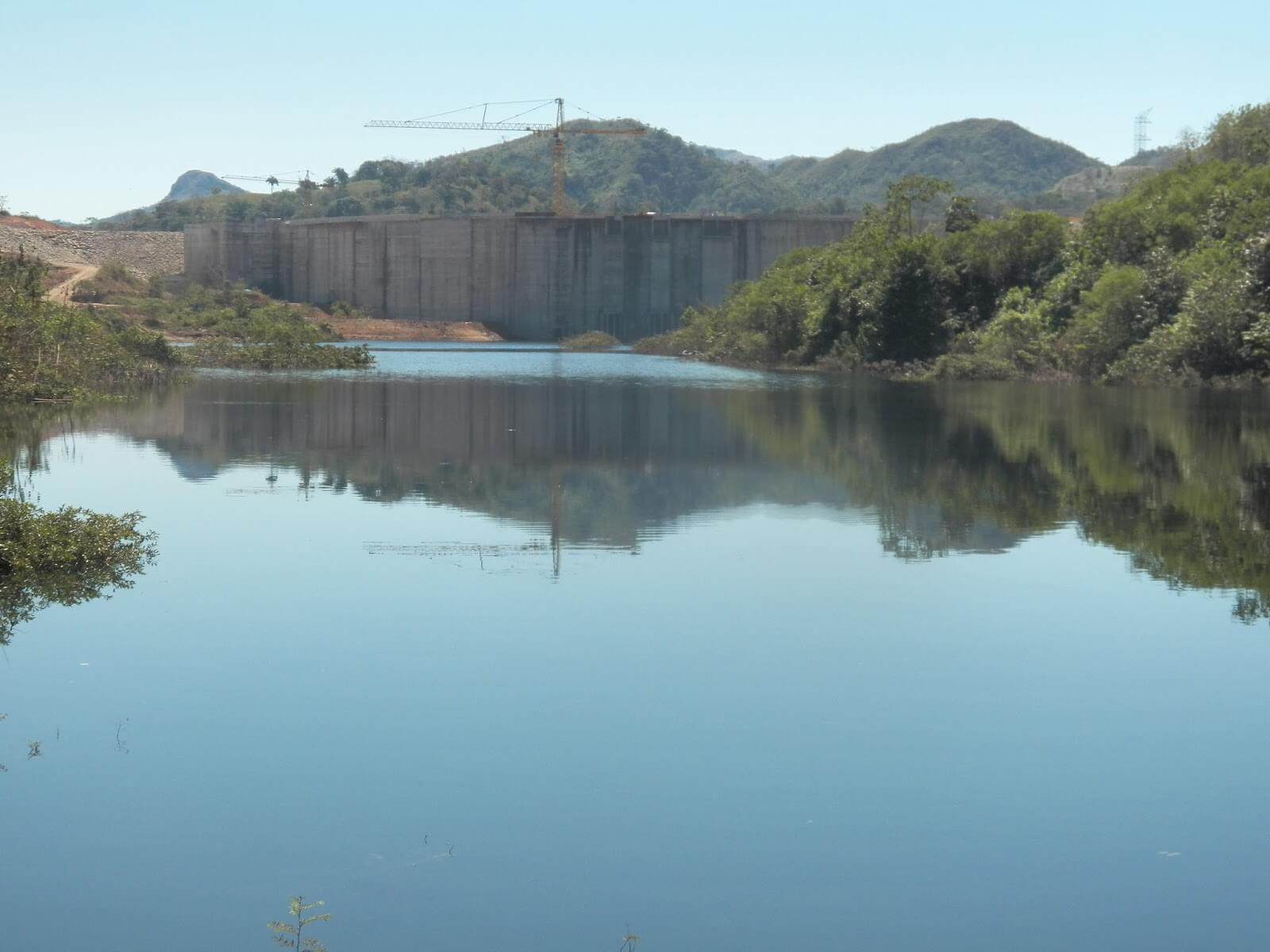 The Barro Blanco Dam will have a disastrous effect on Ngäbe communities inside the Comarca Ngäbe-Bugle and campesino communities also living on the banks of the river. Photo Oscar Sogandares
Support our journalism. Become a Patron!

Ngäbe communities in western Panama are calling for support from the international community after officials from the Honduran-owned energy company, GENISA, warn that they will soon be evicted from their homes to make way for the flooding of the Barro Blanco hydro dam reservoir.

Ricardo Miranda, a spokesperson from the Movimiento 10 De Abril (M10) resistance movement, told IC, “The situation for the Ngäbe people is critical and tense with the imminent closure of the Barro Blanco gates. The government has announced that the gates will be closed in April and before that people will be evicted.”

The 28.84 megawatt dam is being constructed by GENISA on the Tabasará River in the western province of Chiriquí. Although located in Chiriquí, the dam will have a disastrous impact on Ngäbe communities inside the Comarca Ngäbe-Bugle and campesino communities also living on the banks of the river.

Once the gates are closed and the reservoir is filled, the subsistence fishing practices of all nearby communities will take a severe hit; cultivable land will be irrecoverably lost and the Ngäbe themselves will lose their school, their cultural centre and two sets of ancient petroglyphs that are of considerable cultural and archaeological importance.

Before this happens, Ngäbe-Bugle and campesino communities in the impact area will be forced from their homes. A celebratory gathering to honor the petroglyphs. Photo: Oscar Sogandares

GENISA officials have reportedly claimed that the dam’s reservoir will be filled on April 15.

M10 has been fighting relentlessly to halt the project since the movement was founded in 1999, when a group of Ngäbe protesters were arrested for opposing the dam. Working along side them is Movimiento De Septiembre 22 (M22), an independent Ngäbe movement whose members follow Mama Tata, a religion that’s centered on cultural revival. M22 made international headlines in 2015 when they blocked the entrance to the dam for 38 consecutive days, until riot police, claiming to act in self-defense, unleashed pepper spray and batons on the Ngäbe activists, women and children among them. Silvia Carrera, chief of the Comarca Ngäbe-Bugle, who is currently in negotiations with the government, was initially supportive of M10 and M22’s resounding calls to cancel the project. However, Carrera changed her position after the July crackdown, signing a document with the government in favour of the project.

Under that document, the dam is forbidden to proceed until an agreement is reached with the region’s indigenous and campesino stakeholders. Unfortunately, this provision appears to have slipped off the table. Flood tests are now taking place and according to the international NGO Carbon Market Watch (CMW), there remains a worrying lack of requisite dialogue between the government and the communities affected by the hydro dam.

GENISA itself has never sought the free, informed, and prior consent (FPIC) of the indigenous communities living on the banks of the Tabasará river.

Miranda says affected communities are as adamant as ever that the project be stopped. Together, they are urgently calling on the international community for support.

“We are asking for international solidarity in the struggle for water and the Tabasará River. We are asking people to demand the definitive cancellation of Barro Blanco and to demand an end to the violence against the Ngäbe which is being inflicted by the project,” he said.

[easy-tweet tweet=”We are asking for international solidarity in the struggle for water and the Tabasará River – Ngäbe Peoples” via=”no” usehashtags=”no” url=”https://intercontinentalcry.org/ngabe-communities-facing-evictions-call-international-solidarity/”]

GENISA isn’t the only one that’s failing to live up to stakeholder expectations.

The FMO and DEG previously admitted to failing their own due diligence tests during the course of financing. A report published in May 2015 by FMO’s internal Independent Complaints Mechanism (ICM) states, “Lenders should have sought greater clarity on whether there was consent to the project from the appropriate indigenous authorities prior to project approval.”

In June 2015, however, the lenders took things one step further by threatening the Panamanian government when it temporarily suspended Barro Blanco’s construction.

Denouncing the developments banks, Miranda told IC that “the FMO and DEG are complicit in the serious violations of human rights on the Tabasará River.”

Please SEND A LETTER to show your solidarity with the Ngäbe communities, and call on President Varela to protect the rights of affected Ngäbe communities, including by ensuring that they are free from intimidation, repression, and forced eviction.

English: Barro Blanco Dam: take urgent action to protect the rights of the Ngäbes and ensure they are free from repression and eviction