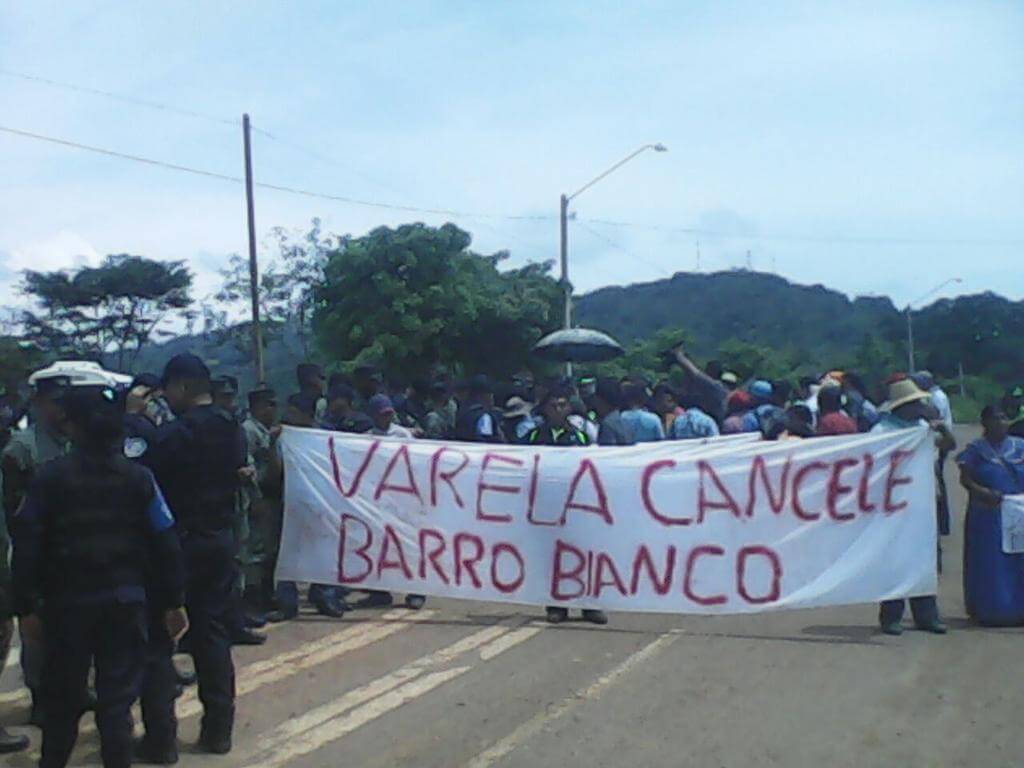 After 38 consecutive days camped outside the Barro Blanco hydroelectric plant in western Panama, Indigenous Ngäbe activists from the M22 resistance movement have been physically removed from their protest camp. 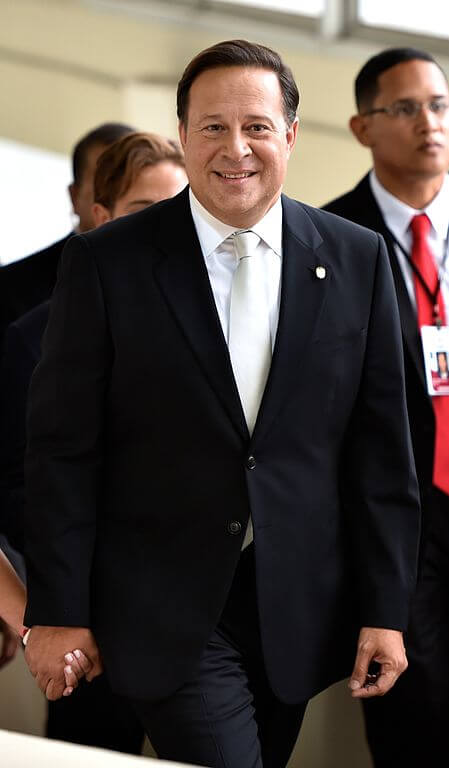 After making public assurances that no work would go forward without a negotiated agreement with the communities, President Juan Carlos Varela reneged on his promise to find a humane and equitable solution to the dam on the Tabasará river which is set to inundate Indigenous homes and schools, cultural centers, precious agricultural plots and priceless archaeological sites, in addition to destroying vital fish stocks and thousands of livelihoods up and downstream.

Instead of staying true to his word, President Varela, the self-proclaimed ‘nice guy’ of Panamanian politics, quietly authorized the dam’s continued construction, now 90-95% complete. At his behest, the police carefully removed four Ngäbe women who were lying in the path of machinery. They responded emotionally to the police incursion – M22, who belong to the Mama Tata religion, regard the river and its surrounding petroglyphs as sacred: 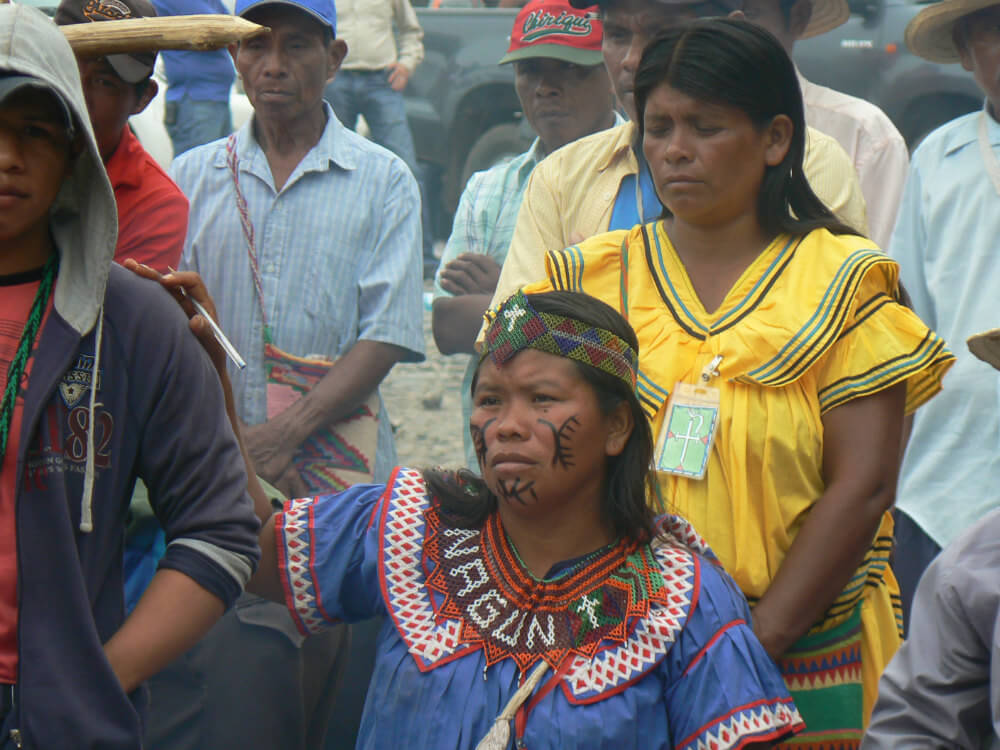 A few kilometers east of Barro Blanco at another protest camp in the community of Vigui, the police acted more forcefully, flooding the area with some 300 units. Protesters are now being prevented from assembling by the roadside or raising their banners. At the town of Tolé, a large police line is also said to be stopping groups from closing the highway. Protesters complain that the police are harassing them throughout the night with loud sirens and harsh spotlights trained on their camps. The exact same psychological tactics were deployed by the previous Martinelli administration, notorious for its violent crackdowns (and currently under investigation for corruption).

Memories of the Martinelli years are never far away. Today, Sunday, July 19, in the coffee growing regions of western Chiriquí province, Ngäbe groups are gathering in the highland town of Cerro Punta to express their solidarity with the Tabasará communities.

Two years ago, on World Water Day, an identical protest ended in tragedy when two young activists were abducted by a group of masked men. One of them, Onesimo Rodriguez, was beaten to death and left in a ditch. The other was seriously injured but managed to recover in the safety of his own community. To date, no light has been shed on the incident.