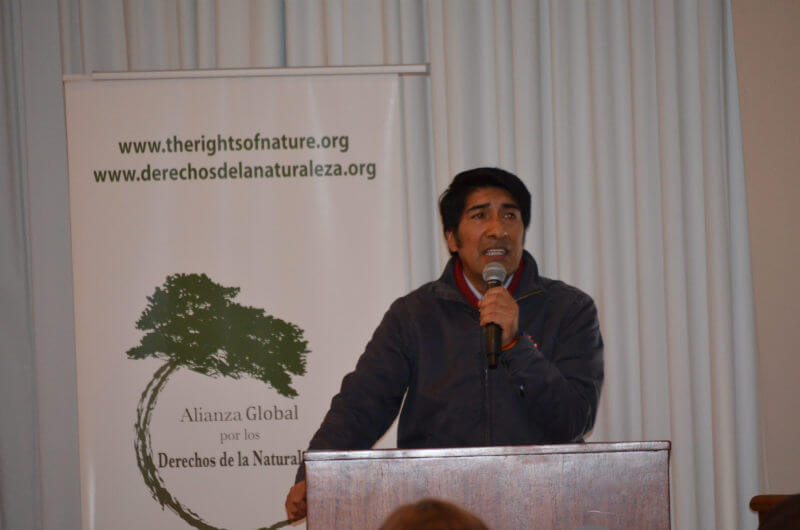 This coming Thursday, April 16th, Carlos Perez Guartambel will have to appear in Ecuadorian court to defend himself against allegations of a coup attempted against President Rafael Correa on September 30th, 2010. The accusation was made by Irina Cabezas, a legislator in Correa’s party, Alianza País.

Pérez Guartambel is a lawyer, having worked in defense of water rights, who has been attacked for his anti-mining activism and jailed three times for it under the current administration. In 2013 he was accused of “terrorism, sabotage, and sedition,” his sentence subsequently reduced by a court that considered his struggle in defense of water to be “altruistic.” He has been named one of the “Front Line Defenders” of human rights, an organization with special consultative status in relation to the United Nations’ ECOSOC. Pérez Guartambel has authored many books related to Indigenous Justice and Water Rights.

Today, he is also the president of ECUARUNARI, the Confederation of Kichwa People of Ecuador. This is the oldest indigenous organization of its kind and has considerable power to mobilize activists, representing around 70% of the nation’s Indigenous Peoples.

ECUARUNARI has been systematically persecuted for its defense of water, as well as:

The situation in Ecuador is one of State terrorism. The criminalization of political dissent and social protest has only intensified, with censorship and persecution of everyone from community leaders to cartoonists. The climate has only worsened since the protests of March 19th, 2015, when approximately 70,000 people took to the streets of Quito to protest government policies, with thousands more protesting in other cities. In the days that followed, many journalists were harassed and/or had equipment “stolen.” Pérez Guartambel, who has been under systematic surveillance from government intelligence services, was charged by Cabezas days after the protests, as part of a broad wave of persecution meant to intimidate the opposition.