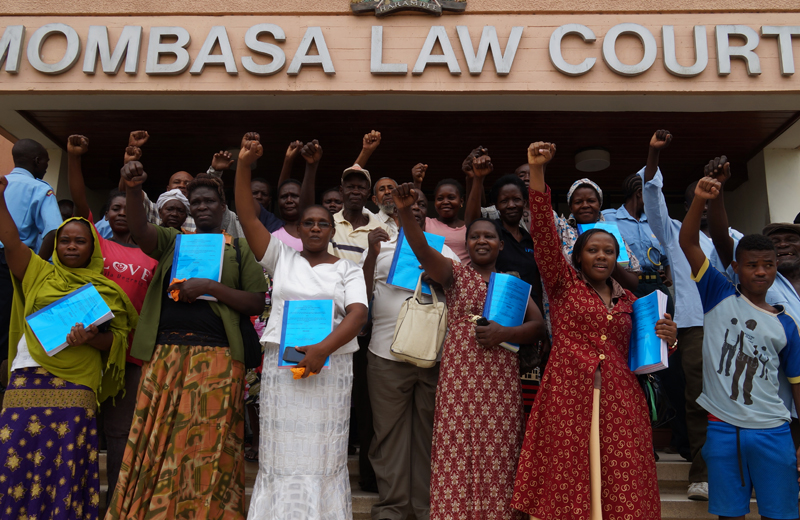 The announcement of the winners of this year’s Goldman Environmental Prize is an opportunity to celebrate activist leaders. But it is also a moment to recognize just how much courage their efforts (and those of a great many others) can demand.

When my dear friend Berta Cáceres and I won the prize in 2015, Berta said in her acceptance speech, “I have given my life for the service of mother earth.” Not long after, Berta was assassinated in Honduras. Her story is tragic, but not unique. Indeed, just months later, Isidro Baldenegro López, another Goldman Environmental Prize recipient, was shot dead.

There has never been a more dangerous time to be an environmental activist. Consider the violence unleashed against the environmental defenders protesting the Dakota Access Pipeline in the United States. Police were accused of using excessive force to try to disperse members of the Standing Rock Sioux Tribe and their supporters, who argued that the project would contaminate water and damage sacred burial sites.

Fortunately, no one was killed during those protests. But elsewhere, in more fragile democracies, environmental campaigners who stand up to polluters are paying with their lives. A Global Witness report documented 185 killings across 16 countries in 2015 alone. That is almost double the number of journalists killed that year.

When my community found out that we were being poisoned, we fought back. We wrote letters to the government and organized peaceful protests. With the support of my community, I founded the Center for Justice, Governance, and Environmental Action (CJGEA) to hold the state and corporations accountable for ensuring a clean and healthy environment.

In February 2016, the CJGEA went to court against six state agencies and two corporate entities. Nothing happened. One year later, when we published public notices in local newspapers of our intention to sue the two corporations, all hell broke loose.

Despite the murders of Berta and Isidro and so many others, I did not fully recognize the danger of challenging a powerful government-backed operation. Soon, I received a chilling phone call warning me to watch over my son carefully. Environmental activists within the community were attacked, their houses surrounded by thugs wielding machetes. The son of a close ally was abducted – and, fortunately, later released – by unidentified men.

You might expect that the state would protect its citizens from such tactics, if not from being poisoned in the first place. We broke no laws; on the contrary, we have been upholding Kenya’s constitution, which guarantees citizens’ rights to a safe and healthy environment. But perhaps we should not be surprised by the state’s behavior. After all, in 2015, Kenya’s government voted in the UN General Assembly, along with just 13 others, against a United Nations resolution calling for the protection of human-rights defenders.

Nature provides enough for everyone’s needs, but not for everyone’s greed. As natural resources become scarcer, Africa’s lush, mineral-rich lands are becoming more lucrative for investors seeking to maximize profits. But, while governments should welcome opportunities for economic growth and job creation, they should not allow companies to damage the environment and threaten residents’ health and livelihoods.

As stories like Berta’s, Isidro’s, and mine demonstrate, we can no longer rely on state bodies, such as national law enforcement, to ensure this outcome, much less to investigate and prosecute crimes against the planet and those who fight for it. That is why the world needs an independent, internationally recognized legal body to which communities and activists can turn to address environmental crimes.

The appointment in March 2012 of the first-ever UN special rapporteur on human rights and the environment was a positive step. But we need a system with teeth. Twenty years ago, the International Criminal Court was established to prosecute war crimes and crimes against humanity. A similar court should do the same for crimes against the environment and its defenders.

Silencing the voices fighting to uphold environmental laws and regulations is self-defeating. People and the planet are dying. Those who are fighting to prevent those deaths deserve protection, not to become further casualties.

This article was originally published on the Land Portal. It has been re-published on IC under a Creative Commons License.