Mi’kmaq and Maliseet Say NO to Uranium mining 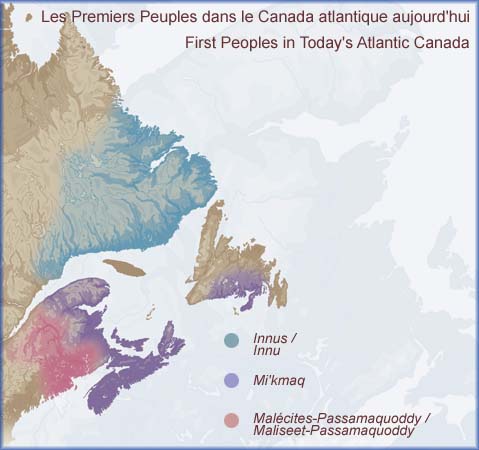 With Canada’s Uranium boom in overdrive, more and more indigenous peoples are being threatened by the scourge that is the uranium industry.

The latest threat, according to Ruth Levi, President of the Mawiw Council of First Nations, concerns the Mi’kmaq and Maliseet on the east coast.

Ruth says the two Nations “are experiencing growing frustration with the approach of industry and government toward achieving development and self-sufficiency in the province.”

The First Peoples are being conspicuously ignored, and their rights flagrantly violated and infringed, as result of this new-drive to modernize and expand. Industry pays lip service to aboriginal concerns and hopes to be left alone by First Nations in exchange for a modest donation.

In a letter to the editor dated July 2nd, Ruther further adds that the government is substituting “correspondence” for “consultation.”

Meanwhile, the wealth of generations is being pumped out, dug up, paved over and redesigned without so much as a “Thank you very much” to the peoples who first occupied these territories tens of thousands of years before Europeans arrived.

Then she makes the Mi’kmaq and Maliseet position abundantly clear:

Does anyone believe that the First Nations would meekly stand by and allow others to destroy our bond with the land when we, ourselves, are prohibited from doing so by the very nature of our ancient title? Uranium mining is clearly the Mi’kmaq and Maliseet “line in sand.” We will litigate, and do whatever else is necessary, to prevent this harmful exploitation.

Meanwhile, we are reaching a point of no return in terms our exclusion from consultation with the province’s self-sufficiency agenda.

First Nations are about to walk away from industries who do not take us seriously. We may have to revisit them in other forums in other ways. Currently New Brunswick has no consultation policy with First Nations sufficient to discharge its lawful obligations to discuss and, if required, accommodate, our concerns. Nor are there meaningful talks under way to fashion such a policy.

This should be our highest priority. Self-sufficiency to me means using what we have to take care of all of our citizens while breaking away from old dependencies.

As a recent editorial pointed out, it cannot simply mean self-sufficiency for the few, cast in “financial” terms only, and involving a quest for a consumer-driven lifestyle founded on new dependencies.