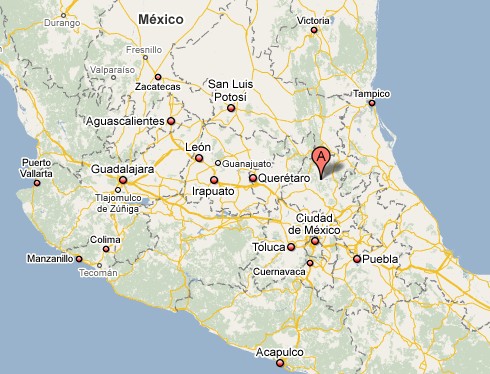 The Mexican mining company Autlán claims there is no evidence to prove that manganese causes harm to human health.

In the Mexican state of Hidalgo, the company has been extracting the mineral since the 1960s.

Adults in a group of towns near the company’s operation live their daily lives trembling as if they have Parkinson’s disease, and the mental development of children has been found to be noticeably lesser than normal.

“The company takes a sceptical position (about studies that show the effects of manganese poisoning); it does not believe that it is causing the problems or that it is to blame,” says Horacio Riojas, from the government’s National Public Health Institute (INSP). But the evidence is irrefutable, says Riojas.

Over the past ten years, INSP has carried out a series of health and environment studies in the nearby towns of Molango, Lolotla, Xochicoatlán and Tlanchinol, which together hold a combined population of about 60,000.

The region is one of the world’s main sources of manganese, a gray-white mineral that’s essential for the production of steel — as well as batteries, unleaded gasoline and various medications, fertilizers and other chemical products.

In 2002 and 2003, blood and hair samples were taken from 300 adults and subjected to a variety of medical tests. In 2007, the same studies were carried out for 300 children between the ages of seven and 11. One part of the samples came from residents of areas near the mines, and the rest from residents of places similar in terms of social and economic development, but not near manganese mines.

Riojas said the findings are alarming. Sixty percent of the adults who live near the mines present neurological problems and trembling similar to the effects of Parkinson’s disease. In the case of the children near the mines, it was found that their intellectual and learning abilities are 20 percent lower than the comparable group that does not live near any mines.

There is no doubt that the exposure to manganese is the cause of the problems, he said.

“We’ve had reports about problems, but my understanding was that the mining company had already assumed some commitments with the residents and that everything was fine now,” says Alejandro Dionisio, the municipal secretary of Molango.

Unfortunately, those commitments have nothing to do with investigating the impact of manganese exposure in the region or in mitigating the amount of harm done. Instead, the company has offered some employment opportuntites, built a couple sports fields, and given away free roofing materials.

It’s shocking, to say the least. Afterall, we’’re talking about the gradual physical and mental destruction of people — something that, in the very least, warrants a moratorium on mining in the region until the issue can be properly addressed.

Riojas says there’s no interest in shutting down the mining operations, however. Local residents and the INSP just want “production to be clean and safe.”

If nothing is done to address the problem in the first few months of 2009, he adds, the issue will be taken to the National Health Council, which formulates health policies in Mexico.