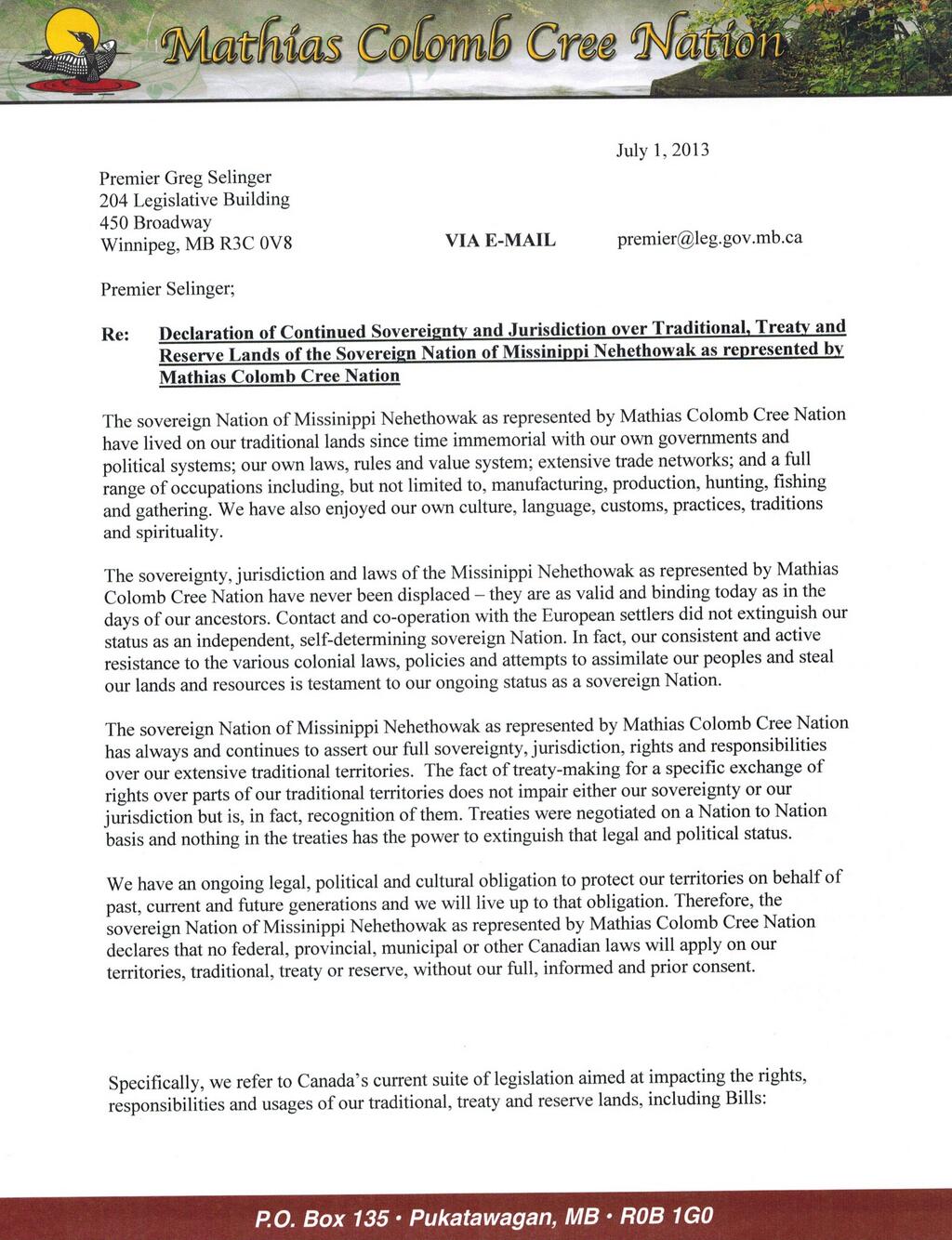 Previously, on January 28 and March 5, 2013 Chief Dumas served two Stop Work Orders to Hudbay and the Province of Manitoba. Both site visits were peaceful gatherings where community members engaged in drumming, singing and cooking traditional foods. Hudbay subsequently sued Chief Dumas, MCCN band members and Pamela Palmater, an Indigenous activist, and obtained injunctions to prevent them from attending the site.

Today, a delegation representing sovereign First Nations and individuals from various parts of Canada, acting under their own control and direction have indicated that they will attend at the Lalor Lake mining site on MCCN territory to support the community of MCCN. Despite recent letters from Hudbay threatening to go afer individuals who support MCCN, the delegation is determined to defend the Aboriginal, treaty and inherent rights of MCCN.

Chief Arlen Dumas said, “The spirit and intent of the treaties was to share the lands, waters and natural resources, not allow one treaty partner to unilaterally prosper while impoverishing the other. We have a responsibility to protect the lands, waters, plants and animals for all our future generations — First Nations and Canadians alike.”

Chief Dumas went on to explain: “lnstead of the province and Hudbay engaging MCCN in a meaningful way, they have partnered to blockade MCCN from accessing the very resources we need to be self-sustaining. This kind of heavy-handed approach by Hudbay will not result in a mutually beneficial resolution, but will only jeopardize the health and safety of an already impoverished community.”

MCCN also issued declarations today informing both federal and provincial governments that no external laws will apply on their territory without their free, informed and prior consent. 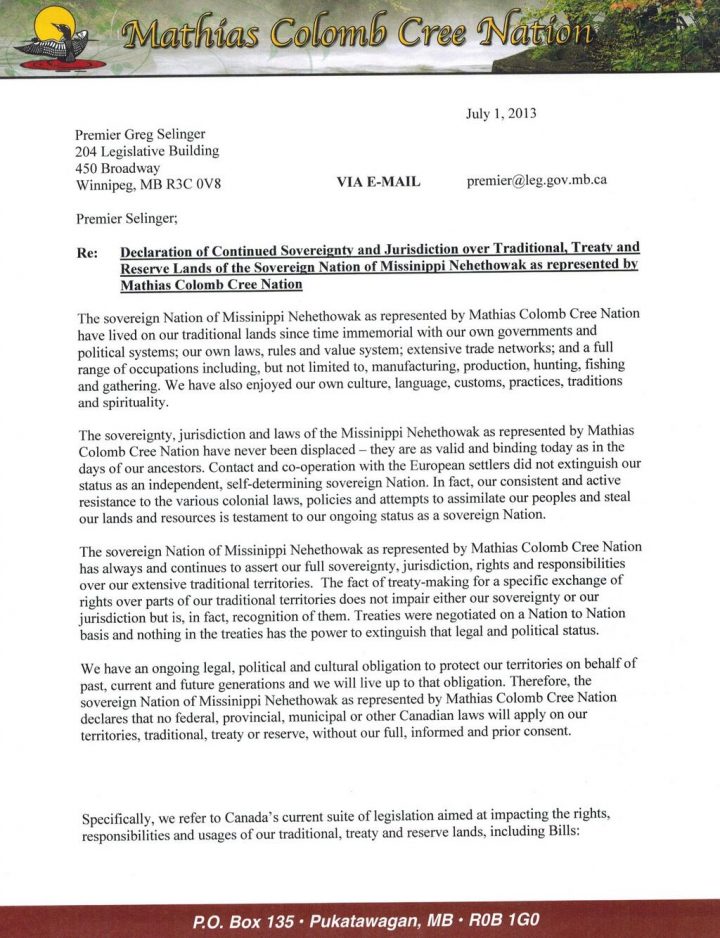 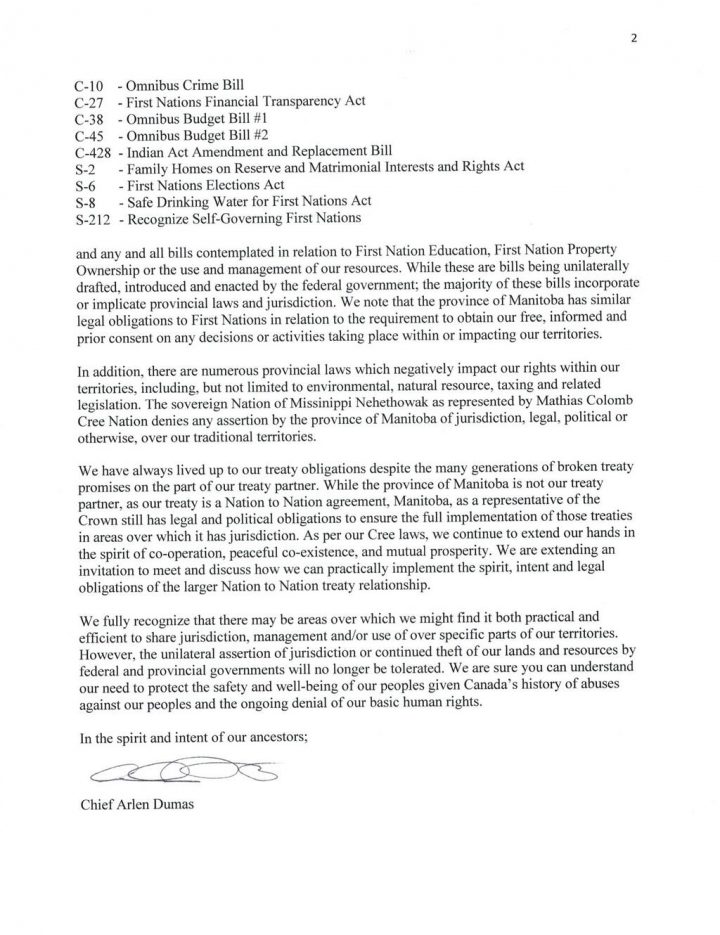 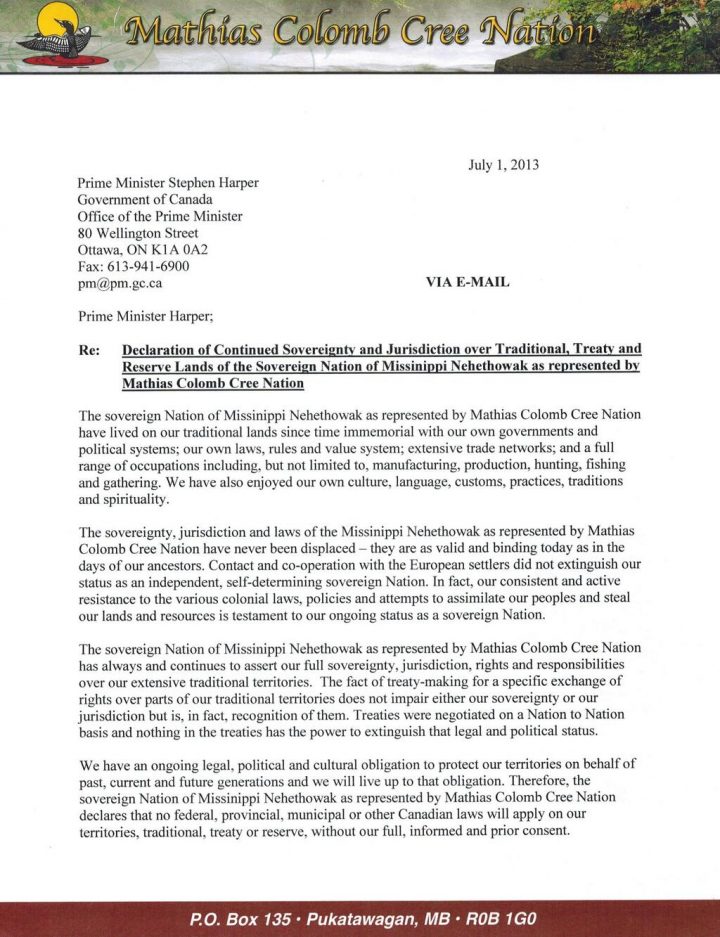 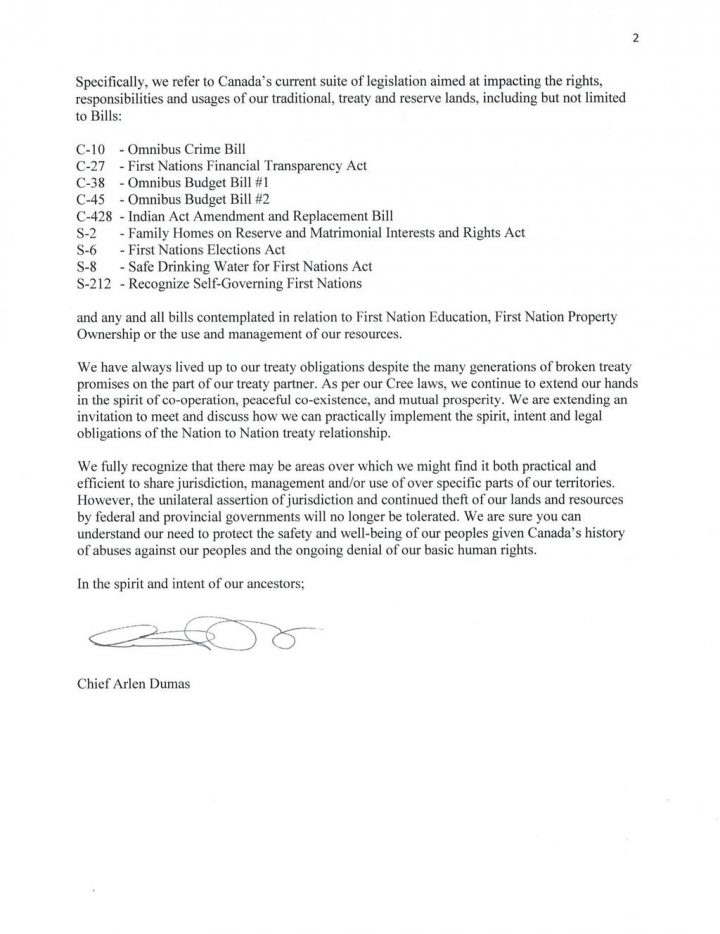 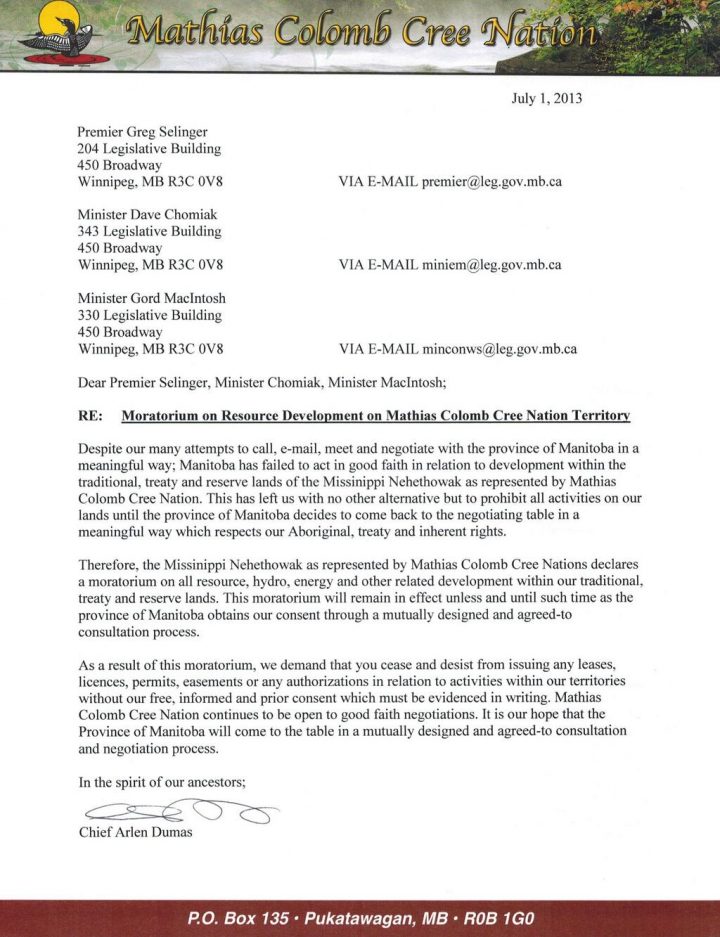 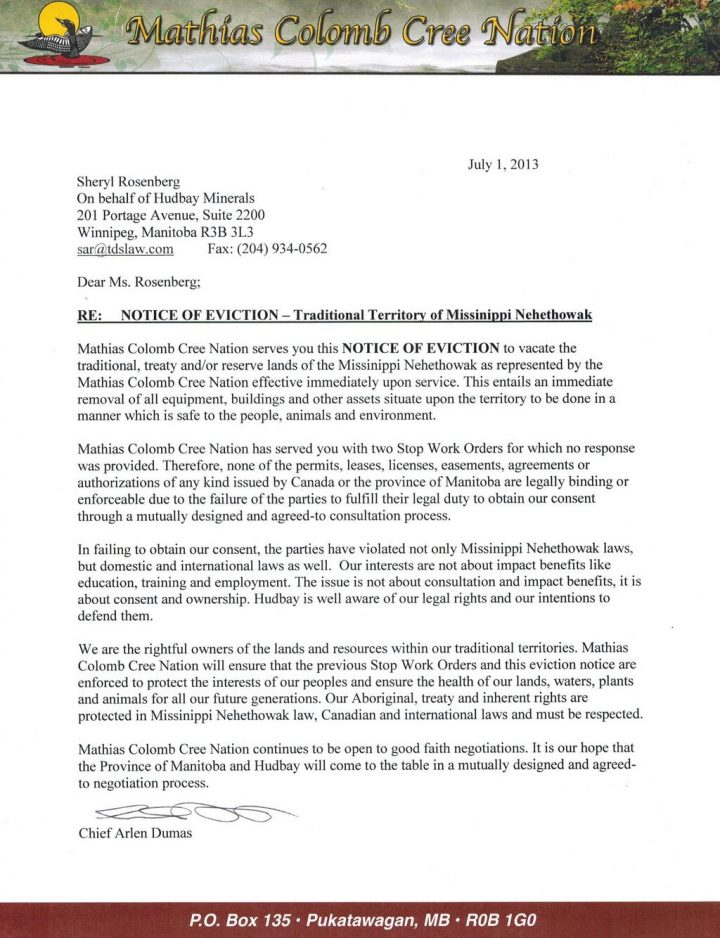