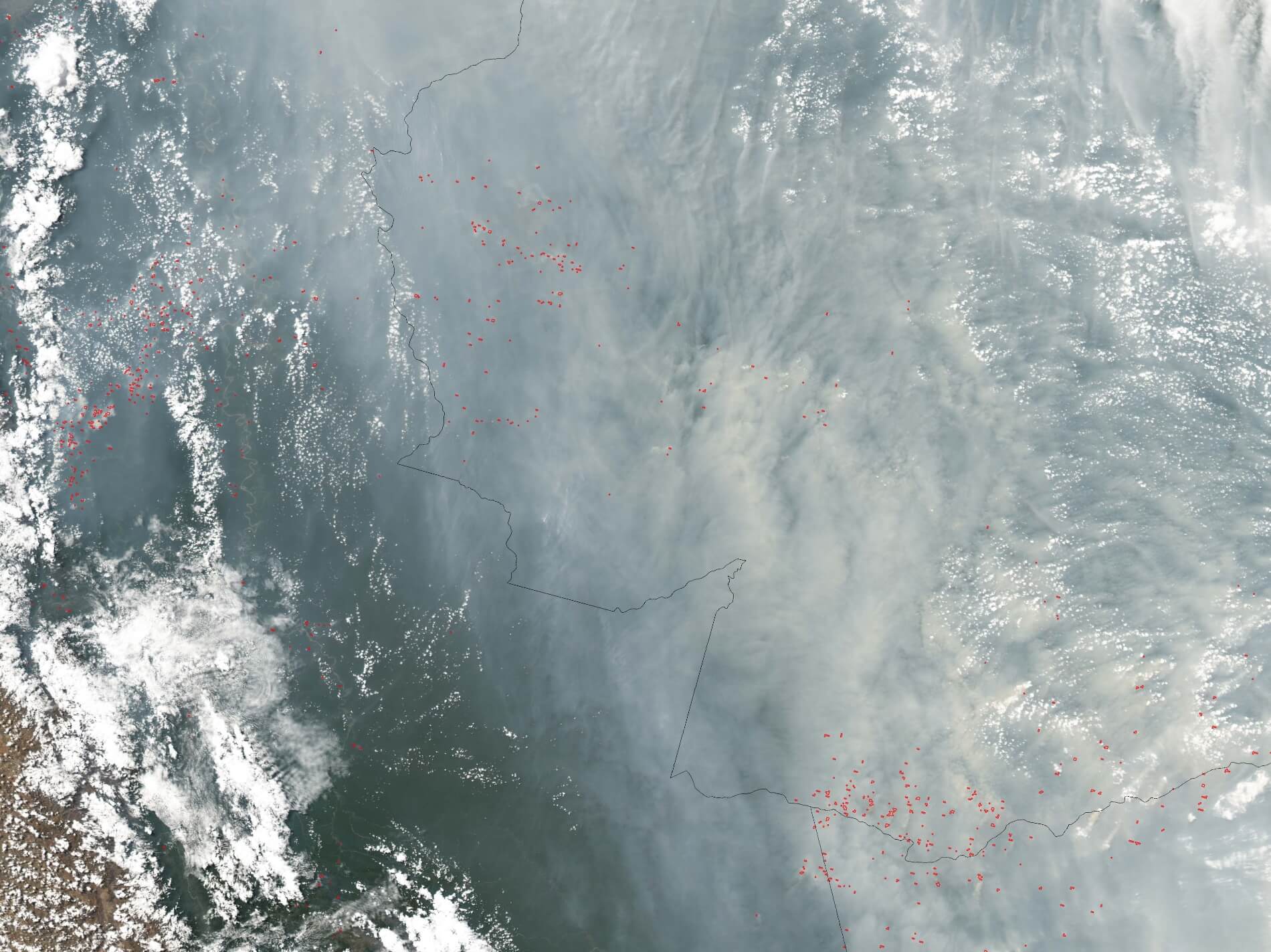 “It’s not the forest that is in danger, it is life itself”

As regional leaders gather for a summit on protecting the Amazon, where fires are raging, Indigenous leaders say they have forest knowledge politicians cannot afford to overlook.

LETICIA, Colombia – Sitting in a circle in a wooden shack on the outskirts of Leticia, the capital of Colombia’s Amazonas province, Indigenous leaders savoured powdered coca leaves and tobacco paste as part of an ancient ritual that connects them with their ancestors.

The message passed down through their tribes has stayed the same for thousands of years: preserve life.

“We’ve been protecting the Amazon for millennia,” said Julio Bombaire, one of six Indigenous leaders from different Colombian Amazon tribes taking part in the ceremony.

“Our creators taught us how to take care of our land and live in harmony. We were given a mandate and a responsibility by our creator to conserve life and nature,” he said.

It is an age-old custom which Indigenous leaders urged the presidents of Colombia, Peru and Ecuador – scheduled to meet in the border town of Leticia on Friday to discuss forest fires raging in the Brazilian Amazon – to heed and respect.

The political leaders are expected to explore how best to join forces to preserve the Amazon. The world’s largest rainforest is under growing threat from deforestation and fires, which could hamper the global fight to curb climate change.

An aide for Brazil’s President Jair Bolsonaro said on Monday he would miss the summit to prepare for surgery, although he was expected to join by video link.

Colombia’s President Ivan Duque has said he wants the country to lead a “conservation pact” to protect forests in the Amazon basin, which is also shared by Venezuela, Peru, Ecuador, Guyana, Suriname and Bolivia, where fires are burning too.

Indigenous leaders in Colombia told the Thomson Reuters Foundation their voice and participation would be crucial for any regional pact to work.

“The forest is here not because presidents have protected it but because of our knowledge that has been transferred orally from generation to generation. This isn’t about a four-year term as president. This is forever,” said Bombaire from the Muri tribe.

“The danger comes from those governments who ignore or do not recognize this millennial knowledge,” he said, as others murmured in agreement, bowing their heads to the floor.

‘DEATH BY A MILLION CUTS’

Countries that are home to the Amazon have struggled to stem deforestation rates in recent years.

More trees are being cut down or burned to clear land for agriculture and cattle ranching, along with illegal mining and logging that is going unchecked, environmentalists say.

“How it happens in the Amazon is death by a million cuts,” said Laurel Sutherlin, a spokesman for the Rainforest Action Network (RAN), a U.S.-based campaign group.

“A road gets put in, then small-scale miners and people come in – they burn a little bit here, then it grows, and then the companies come in and it kind of metastasizes,” he said.

Protection of the Amazon’s forests is seen as a vital pillar of efforts to slow global warming because trees absorb carbon dioxide, the main heat-trapping gas, from the air.

After trees are cut down, the carbon they store is released back into the atmosphere when they are burned or rot.

In Colombia’s southern Amazon region, where dozens of Indigenous tribes live in self-governing and autonomous reserves that overlap with national parks, the threat to the rainforest has grown since a 2016 peace deal between the Revolutionary Armed Forces of Colombia (FARC) and the government.

Former guerrilla jungle strongholds and no-go areas are opening up for business and exploitation, along with more forest being cleared to plant coca, the raw ingredient for cocaine.

“The peace process in Colombia vastly opened up the Amazon to multinational interests, including oil and mining and mega-dam constructions,” said Leila Salazar-Lopez, executive director of Amazon Watch, a U.S.-based campaign group.

Amazon Indigenous tribes, who depend on the rainforest for their culture and survival, say forests have a spiritual rather than an economic value.

“There’s a direct relationship between humanity, spirits and nature. Any action, any intervention has a consequence. We all breathe the same air,” said Gil Farekatde, an Indigenous elder from the Muri tribe among the circle.

A key way to safeguard the Amazon is by placing more land under protection, including Indigenous reserves, backed up by government policy that monitors illegal logging, enforces laws and respects land rights in those areas, green groups say.

“The very best that we have to protect these forests is to protect the rights of the people who have been protecting them for centuries,” said RAN’s Sutherlin.

“We’ve seen that deforestation rates in Indigenous lands are multiple times lower than they are outside,” said Mikaela Weisse, manager at Global Forest Watch, a project at the World Resources Institute that does satellite-based forest monitoring.

For Indigenous lawyer Barnabi Palma, back in the circle, tribes need to show people around the world that they know how to protect the Amazon, something that is rarely recognized.

“Indigenous people are a portal of knowledge, which has sustained us for millennia and allowed the Amazon to survive. As Iindigenous groups, we have a responsibility to show that our knowledge can contribute to humanity,” said Palma.

“It’s not the forest that is in danger, it is life itself.”