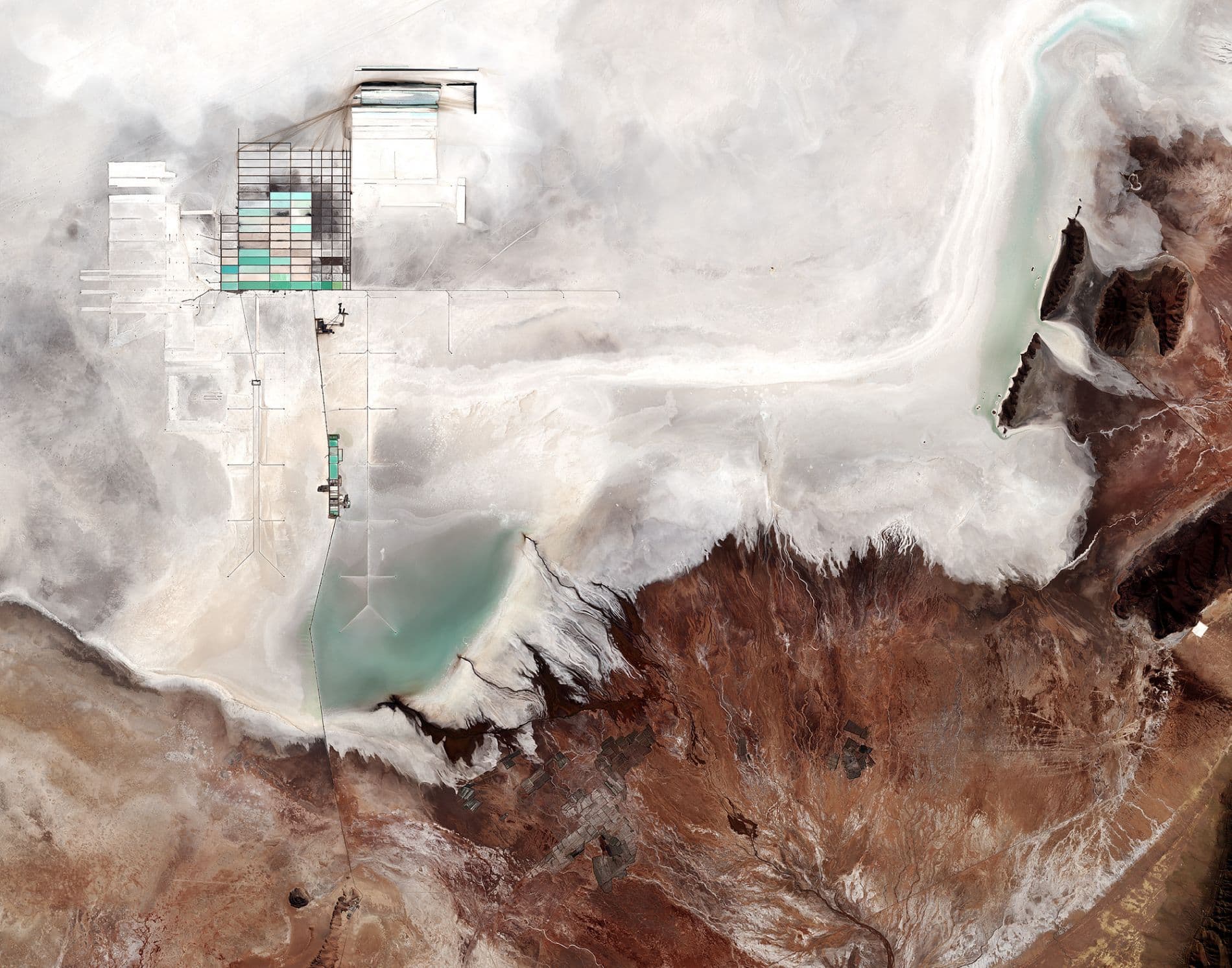 Is lithium the ‘white gold’ of the energy transition?

The image shows part of Bolivia’s Salar de Uyuni – the largest salt flat in the world. Salt from the pan is traditionally harvested by the Aymara but the Uyuni is also one of the richest lithium deposits in the world. The geometric shapes in the upper left are large evaporation ponds of the national lithium plant, where lithium bicarbonate is isolated from salt brine.
Support our journalism. Become a Patron!

Within minutes of the explosion known as the Big Bang, in which the origin of the universe took place, some of the very lithium nuclei – which today can be found in salt flats, as well as in our blood and throughout the entire cosmos – were created. As Martina Gamba explains in her book Litio en Sudamérica (Lithium in South America), soon to be published in Argentina, lithium was one of the first three chemical elements to form in the universe, along with hydrogen and helium. Today, 13.8 billion years later, lithium is set to play a crucial role in the transition away from our current reliance on fossil fuels, which are not only highly polluting but close to depletion.

Lithium is the basic chemical element used in the batteries in our mobile phones, laptop computers and tablets, but also in the batteries powering the new paradigm of electromobility, which is primarily centred on electric cars. With the days of hydrocarbons numbered, economic actors are finally beginning to admit something that ecologists have been saying for decades: a model of production, distribution and consumption based on the intensive use of fossil fuels is unsustainable. But, like hydrocarbons, lithium is also a finite resource.

“Lithium is a strategic resource within the context of the increasing electrification of energy matrices and the high demand for energy storage,” says Bruno Fornillo, who has a PhD in social sciences and geopolitics, as well as editing the books Geopolítica del litio and Litio en Sudamérica. “There has been a consolidation in the electric vehicle market, with China at the forefront. China couldn’t compete with the conventional motor vehicle industries in the United States and Germany, but with electric vehicles it can lead the way in the world’s largest industry,” he adds. As Fornillo explains, thanks to this emerging energy paradigm, China expects its renewable energy exports to reach US$400 billion (roughly €357 billion) between 2025 and 2030.

Against this backdrop, lithium has become a highly sought after resource – and 85 per cent of the lithium found in salt flats, from which it is easiest to extract, is located in the “lithium triangle” consisting of the salt flats of Salar del Hombre Muerto in Argentina, Salar de Uyuni in Bolivia and Salar de Atacama in Chile.

At Bolivia’s Salar de Uyuni, the government controls lithium extraction through state-owned company Yacimientos Litíferos Bolivianos (YLB), which has partnered with the German company AC System. The government of Evo Morales seeks both to guarantee lithium royalties and to “add to the value chain by developing an industrial plant for lithium and potassium batteries,” says Fornillo.

In Chile, lithium has been seen as a strategic resource dating back to the dictatorship of Augusto Pinochet, who valued the mineral for its role in nuclear energy. Two companies, SQM and Rockwood, are currently extracting lithium from the Salar de Atacama. When their contracts were last renewed, the Chilean government guaranteed a substantial increase in royalties and the local provision of 25 per cent of the lithium extracted in order to generate a lithium economy in the Andean country using a model of public-private business associations. “Their aim is to create a business incubator with investment from private universities. This is based on the absurd notion that there can be such a thing as sustainable mining,” says Fornillo.

Argentina’s model, he argues, has been “a total disaster.” Thanks to tax exemptions guaranteed by the country’s mining code, private companies only pay three per cent in taxes on what they claim to extract. There are currently only two extraction operations underway in Argentina, located in the Salar del Hombre Muerto in Catamarca Province and the Salar de Olaroz in Jujuy; but, according to a 2017 report by the United States Geological Survey in collaboration with the Argentine Geological and Mining Service (SEGEMAR), more than 50 projects related to the extraction of lithium are in various stages of development. 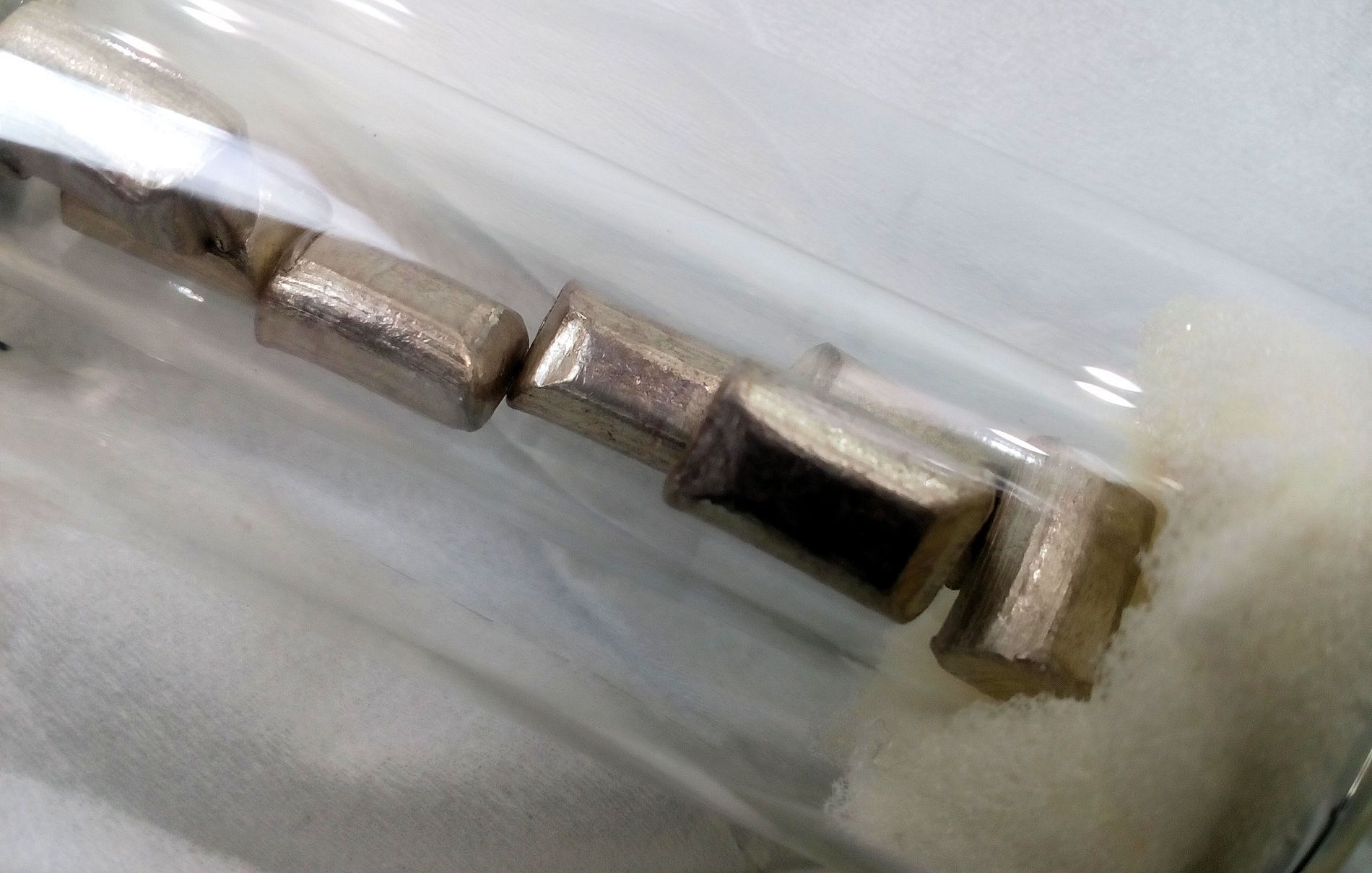 “The development of this sector serves as a good geopolitical indicator,” says Fornillo. China’s role is crucial: the Asian giant “is the world’s leading purchaser of soya beans, copper, oil and other raw materials. Its strategy is to control price setting by simultaneously controlling supply and demand. It invests in extraction in order to control the supply of a resource,” explains Ariel Slipak, a researcher specialising in China and a member of the Grupo de Estudios en Geopolítica y Bienes Comunes (Group of Studies in Geopolitics and Common Goods).

Lithium in the salt flats is extracted from brine, the layer beneath the saline crust where minerals accumulate. Evaporating water from the brine is the cheapest and least technologically complicated method of extraction. But as Slipak argues, this method “depletes groundwater, which creates water imbalance in the affected regions.” According to research conducted by the Grupo de Estudios en Geopolítica y Bienes Comunes, lithium extraction in Argentina uses more than 50 billion litres of fresh water annually, the equivalent of the annual consumption of a city of 350,000 inhabitants.

“Due to the lack of certainty regarding the effects on the water balance of the salt flats, decisions to approve projects should be made according to the precautionary principle,” says researcher Gustavo Romeo. According to his estimates, mining operations in the Salar de Atacama use 4200 litres of water per second in a region where the drainage basin of the Loa River has been declared to be at water risk. 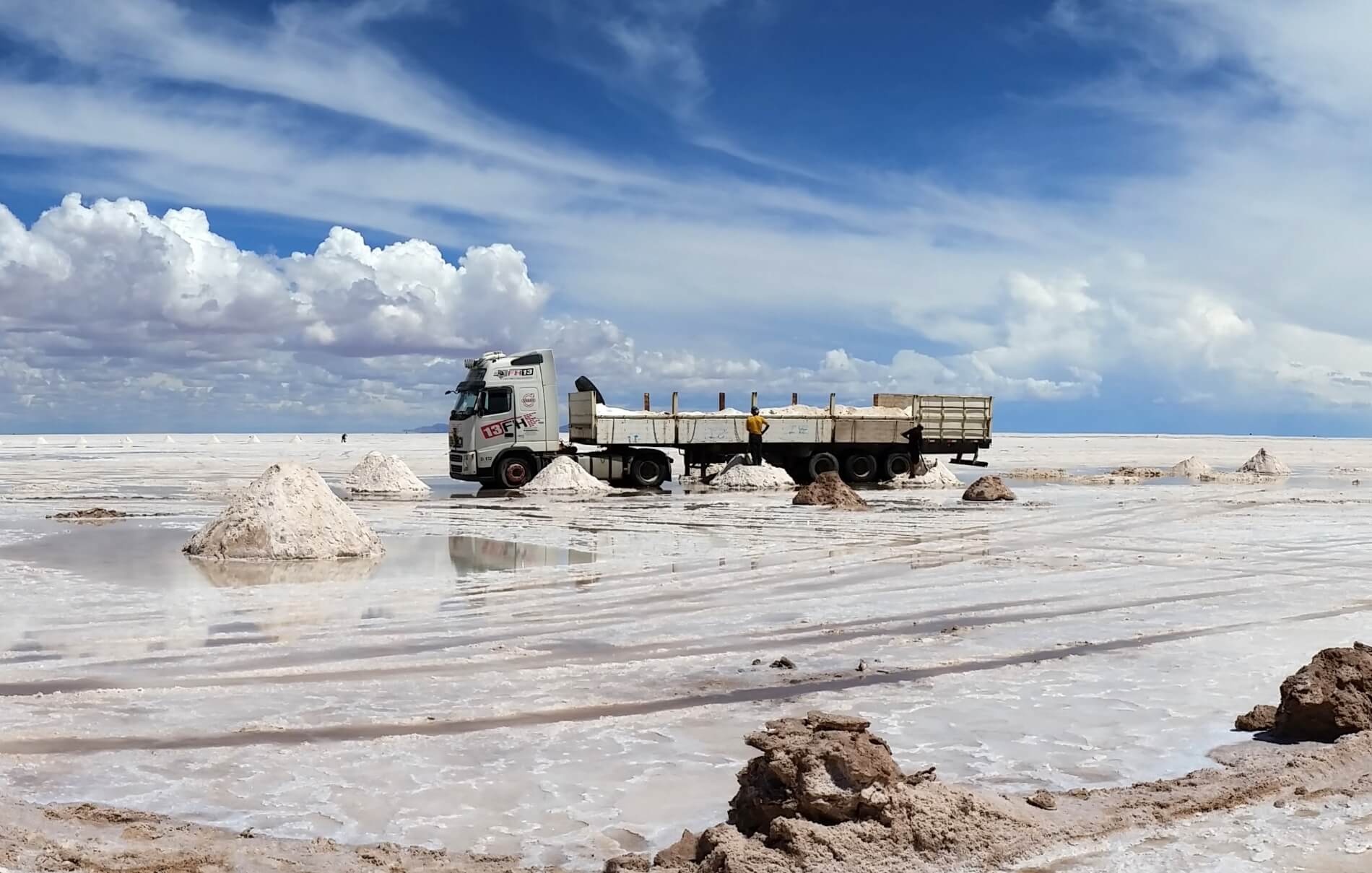 Local communities are already feeling the impact of water stress on their territories. When the extraction companies arrived in Jujuy in 2010, they promised “employment, progress and development,” says Melisa Argento, who is a member of the Grupo de Estudios en Geopolítica y Bienes Comunes. “The first impact has been division within the communities because lithium extraction creates winners and losers. Some groups oppose mining while others believe it can benefit them if, say, they run a small hotel or a catering service” in an impoverished region where employment is scarce.

Despite the division that’s been created, communities are beginning to organize. “The communities want to know what chemicals are used to inject water into the salt mines, what happens to the water and how much lithium and other minerals are extracted,” adds Argento. Their biggest concern is their water supply. “The question is what will happen to the sources of fresh water that they use to irrigate the crops that their local economies depend on.”

Last February, about 20 Kolla indigenous communities in Jujuy Province blocked roads to demonstrate their opposition to lithium extraction projects. “The provincial government of Jujuy authorized a study of soils for future lithium extraction in the region’s drainage basin without informing or consulting the communities as required by International Labour Organization Convention 169,” Kolla activist Verónica Chávez told the Argentine national news agency Télam. These extraction projects are “destroying the environment and endangering the few water sources we have in this area,” she added.

Transforming the system and not just the energy matrix

It is also debatable whether the energy and climate crisis we are facing can be solved by replacing the burning of fossil fuels with electric energy – obtained, at least in part, from renewable sources such as solar and wind – stored in lithium batteries. “The question is whether there is a transformation occurring in the automotive industry or in models of transport,” explains Pablo Bertinat, who specializes in energy issues.

“European legislation anticipates the phasing out of internal combustion engines, first by substituting them with hybrid engines followed by electric engines. But it’s unclear whether this will change the current model of transport. There are 1.2 billion passenger cars in the world. If there is no change to this scale [and the current fleet of cars is simply replaced by an electric one], lithium will not be enough,” he adds.

Energy transition means not just changing the energy matrix but profoundly transforming our ways of life. “If we don’t have a serious conversation about our modes of transport, a model based on non-conventional energy will be as unviable as a model based on fossil fuels,” stresses Bertinat.

In other words, there are no easy solutions to the complex problems that we face. The current crisis of civilization requires prioritizing social justice and recognizing that “there are people who live in the territories from which we are extracting resources,” says Argento. “These are communities who have nothing to do with energy transition because their ways of life are non-polluting. They don’t need an energy transition and yet we are prepared to sacrifice their bodies and territories to sustain our current levels of consumption.”

This article was originally published on Equal Times. It has been re-published at IC with permission.