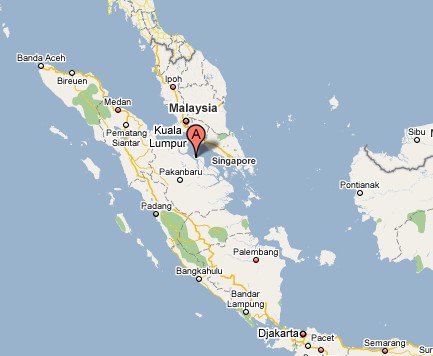 On December 18 Indonesian police forces violently evicted 400 indigenous people from their land in the province of Riau on the eastern coast of Sumatra.

“As the villagers fled into the forest, two helicopters then dropped what was thought to be a fire accelerant on the village of Suluk Bongkal, Bengkalis, burning to the ground around 300 homes. Bulldozers then went in and flattened the area completely,” says Amnesty.

Receiving assistance from Satpol PP (Municipal Administrative Police Unit), Pamswakarsa (civilian security groups) and civilians to carry out the eviction, the police also arrested 200 people from the village, 142 of which have since been released.

Local sources also reported that a two-year-old died after falling down a well during the aggression, and a two-month-old baby died from burn injuries. Two other people suffered gunshot wounds.

“The villagers have been engaged in a land dispute with the pulpwood supply company PT Arara Abadi since 1996, when the Indonesian forestry ministry gave the company management rights for industrial farming,” explains Amnesty. “Since then, the company has tried to evict the villagers but official letters from the Ministry of Forestry and the Riau Governor in 2007 stated clearly that the company could not start operations until the dispute had been settled.”

It would seem that the government decided to take matters into their own hands.

Amnesty says the police are also preventing human rights groups from entering the area, nonetheless, Komnas HAM, the national human rights commission, says it will try to send an investigation team in to the area and provide protection for the villagers.