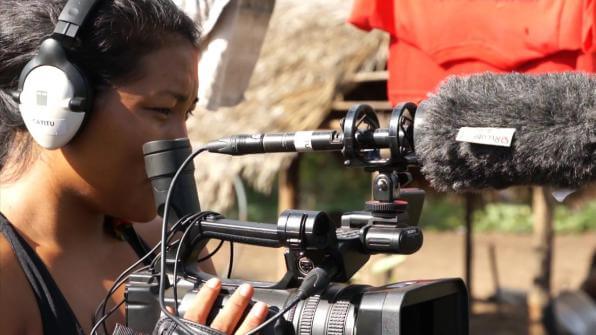 A film about empowering indigenous women through multimedia training and self-representation
Support our journalism. Become a Patron!

When indigenous women are given a video camera, what kind of story will they tell? This video tells us a little bit of the project Training Workshops Audiovisual and Multimedia for Indigenous Women conducted by the Instituto Catitu – Village on Cena. The video features images and testimonials produced by women of the Ikpeng, Kawaiwete, Kamaiura, Kraho, Maxakali, and Algonkin Peoples during workshops held in the Xingu Indigenous Park between 2011 and 2013.

Instituto Catitu contributes to the strengthening of indigenous cultures and the defense of their rights through the use new technologies, providing them with tools to express, impart and share their knowledge from their own worldview. Instituto Catitu’s actions are geared to: encouraging indigenous empowerment, especially of indigenous women through audiovisual and multimedia training workshops; promoting the diffusion of new forms of indigenous self-representation through the production of movies and the creation of digital documentation centers which contain the cultural wealth of the communities; encouraging the interethnic dialogue to enhance the cooperation and the sharing of experiences through the promotion of exchanges between traditional people.