There are 16 officially recognized tribes in the Nagaland state of India. The other Naga tribes can be found in the contiguous adjoining states of Manipur, Assam, Arunachal Pradesh and across the border in Burma. Some of these tribes are: Zeme, Liangmai, Mao (Memai), Nocte, Phom, Pochuri, Poumai Naga, Rongmei, Tangsa, Tutsa, and Wancho.

The Naga people traditionally are tribally organized, with a strong warrior tradition. Their villages are sited on hilltops and until the later part of the 19th century, they made frequent armed raids on the plains below. Although the tribes exhibit variation to a certain degree, considering the diversity in their languages and some traditional practices, they have many similarities in their cultures which set them apart from the neighboring occupants of the region. Almost all these tribes have a similar dress code, eating habit, customs, traditional laws etc. However, one trait that sets them apart from the other groups in the region is their Head Hunting Custom (Which was prevalent at one point of time in Nagaland and among Naga tribes in Myanmar) Though they no longer practice head hunting at present.

Text adapted from Wikipedia’s article on the Naga people 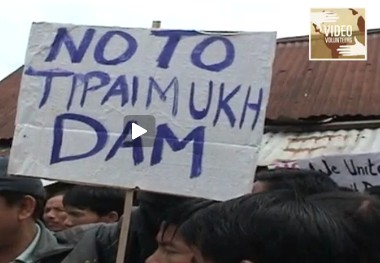 Dam – Way To Develop Or Destroy?