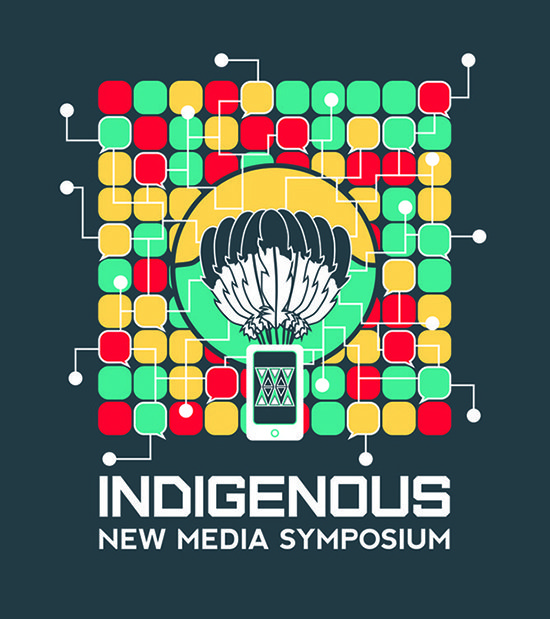 On February 21, 2014, Indigenous media makers and creative activists converged in New York for
the much-anticipated Indigenous New Media Symposium. The event, which was streamed live on the internet, provided a welcomed space to discuss how new media platforms are being used in the indigenous community to educate, organize, entertain, and advocate.

In the past few years blogs, Facebook, Twitter, YouTube and other tools have become important mechanisms to communicate indigenous perspectives in North America. Traditional media’s long history of native stereotypes is being confronted by a new tech-savvy young generation that is speaking out strongly about cultural, political and economic issues.

Dr. Jessica R. Metcalfe (Turtle Mountain Chippewa) earned her PhD in American Indian Studies from the University of Arizona. She wrote her doctoral dissertation on Native designers of high fashion, and is in the process of editing her dissertation for a book manuscript. She is the main author of the website Beyond Buckskin and is the owner of the Beyond Buckskin Boutique. She has co-curated exhibitions and taught college courses in Native American studies, studio art, art history, and literature. Her current work focuses on American Indian art, clothing, and design from all time periods, with an emphasis on contemporary artists.

Adrienne Keene is an EdD candidate at Harvard’s Graduate School of Education. As a citizen of the Cherokee Nation of Oklahoma, Adrienne has a deep personal commitment to exploring research methodologies that empower Native communities and privilege Native voices and perspectives, with the ultimate goal of increasing educational outcomes for Native students. She is dedicated to pushing back against stereotypes and misrepresentations of Native peoples on her blog, Native Appropriations, which has received national and international attention as a voice on contemporary Indigenous issues. Her writing has also been featured on Racialicious, Sociological Images, Bitch Magazine, Indian Country Today, and more.

Chase Iron Eyes (Lakota Sioux) is an enrolled member of the Standing Rock Sioux Tribe and is a founder of Last Real Indians, a media resource for original indigenous content creating the New Indigenous Millennium. In 2012, Chase and members of Last Real Indians launched a social media campaign that raised nearly $1,000,000 towards the historic re-purchasing of the sacred site known as Pe’Sla located in the Black Hills of South Dakota. Chase is a Tribal judge, Lakota Peoples Law Project Staff Attorney & 7th Generation fund grant recipient. Chase received his undergraduate degree from the University of North Dakota and his law degree from the University of Denver Sturm College of Law.

Clayton Thomas-Muller is a member of the Treaty #6 based Mathias Colomb Cree Nation also known as Pukatawagan located in in Northern Manitoba, Canada. Based in the Canadian capitol city of Ottawa, Clayton is an organizer for the Defenders of the Land & Idle No More. He is also the co-director of the Indigenous Tar Sands (ITS) Campaign of the Polaris Institute. He has been recognized by Utne Magazine as one of the top 30 under 30 activists in the United States and as a “Climate Hero 2009” by Yes Magazine. For the last eleven years he has campaigned across Canada, Alaska and the lower 48 states organizing in hundreds of First Nations, Alaska Native and Native American communities in support of grassroots Indigenous Peoples to defend against the encroachment of the fossil fuel industry. This has included a special focus on the sprawling infrastructure of pipelines, refineries and extraction associated with the Canadian tar sands.

Jarrett Martineau (Cree/Dene) is a Ph.D. Candidate in Indigenous Governance at the University of Victoria and a Fulbright Visiting Scholar at Columbia University and CUNY’s Center for Place, Culture and Politics. His research examines the role of Indigenous art in decolonization movements and contemporary forms of Indigenous political communication, digital media, technology, and performance—such as Indigenous hip-hop—as means of remixing/reimagining/revisioning indigeneity. He is the co-founder and Creative Producer of Revolutions Per Minute (RPM.fm), a global new music platform to promote Indigenous music culture; he runs the Decolonizing Media blog; and he is an organizer with the Indigenous Nationhood Movement (NationsRising.org).