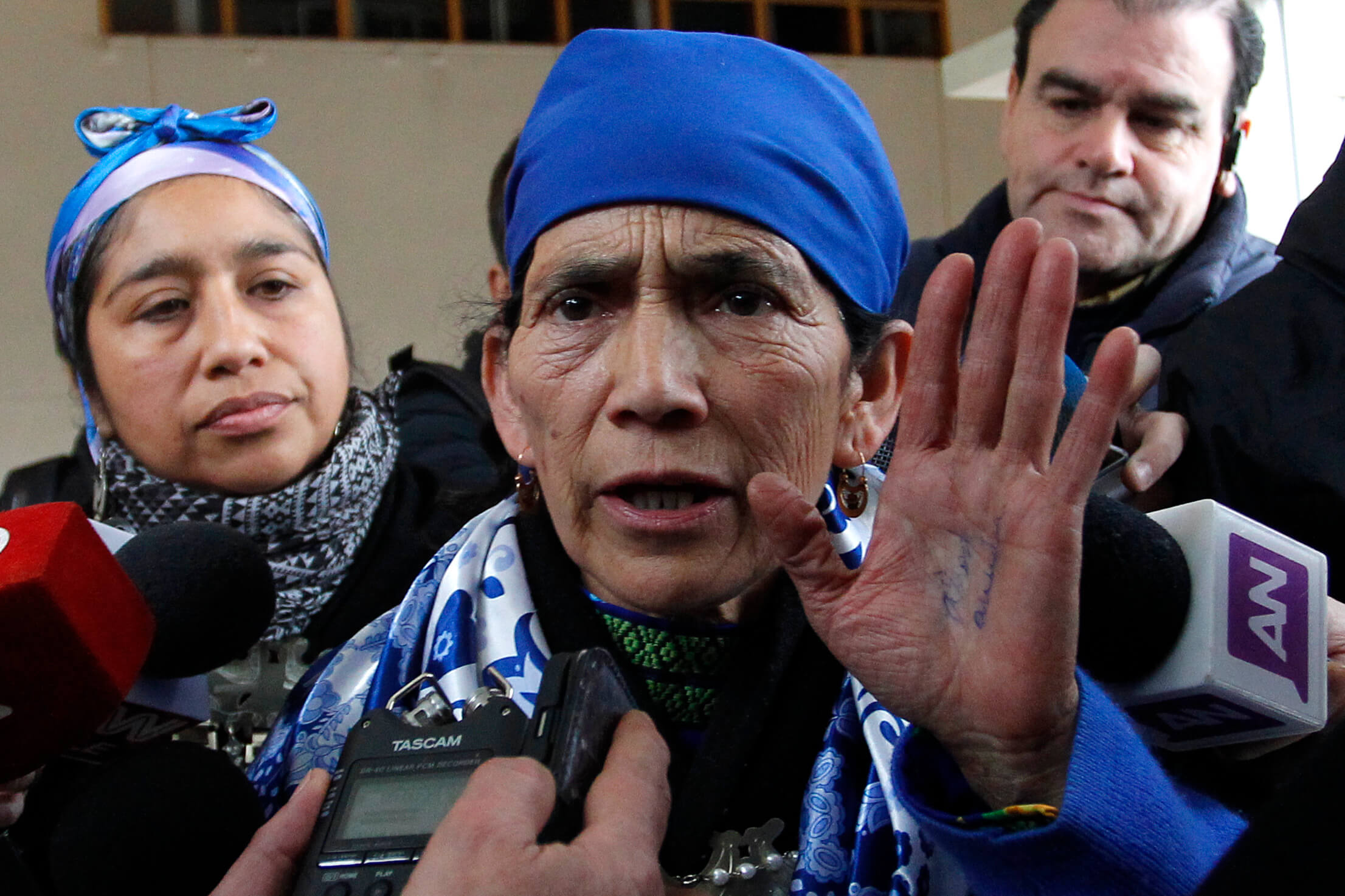 While millions of North Americans were raising tequila shots to their gross misunderstanding of what the 5th of May means to Mexico or Mexican Americans, the Criminal Court of Temuco, Chile was busy issuing an acquittal on all charges to Mapuche political and spiritual leader, Machi Francisca Lincona, according to a recent report from Ireland-based human rights group Front Line Defenders.

In January 2013, Lincona was arrested and charged with terrorism and murder – along with eight other Mapuche land defenders – in connection to the death of two individuals whose home was set ablaze.

IC reported in October of 2017 on how Chile’s anti-terrorism law, as applied in this aforementioned case, was in fact a remnant of, and legally enacted by, the infamous Pinochet military dictatorship in 1984 “to facilitate the crushing of political dissidence”.

Linconao is a human rights and Indigenous spiritual leader for the Mapuche Peoples of Chile, which involves – among other things – fighting for land rights on her and her Peoples’ ancestral territories as colonial powers fight back to frame such activity as ‘terrorism’. IC reported on this in February 2018 as part of a larger, global trend also evident in countries such as Nicaragua and the United States.

According to the Front Line Defenders’ report, in 2008 Linconao had submitted a call for a protective action to the Supreme Court of Chile to stop the illegal logging which has been ravaging and ransacking forested land in sacred areas of Chilean territories. Such activity manifests as an explicit momentum towards ecocide in a uniquely biodiverse region where Mapuche Medicine People regularly harvest medicinal plants.

Through this direct activism in protecting Mapuche land, and related access to what the World Health Organization refers to as Traditional Indigenous Medicine (TIM), Linconao was notably the first pioneering Indigenous Rights activist to (successfully) cite the International Labor Organizations (ILO) 169 Convention regarding Indigenous and Tribal international law.

Early in January 2013, Linconao was not only forcibly and violently detained from her home but, unthinkably: she was forced to change out of her traditional Indigenous clothing which represented her status in the community as not only a political but spiritual leader.

Continued attempts at criminalizing her activism have been contextualized by an even broader hostile physical, cultural, and legal environment Chilean authorities and land poachers have exhibited through their actions and rhetoric regarding Mapuche attempts to protect their land, culture, and People.

According to Frontline Defenders’ most recent release:

“The Chilean Anti-Terrorist Act has been used to criminalize Mapuches on several occasions in the past. In 2014, in the case of Norin Catriman et al v. the State of Chile, the Inter-American Court of Human Rights (IACtHR) condemned the Chilean State for issuing sentences based on anti-terrorism legislation against certain Mapuche people. These sentences were said to have violated the principle of legality and their right to the presumption of innocence. The IACtHR also held that the sentences were based on stereotypes and prejudices, in violation of the principles of equality and non-discrimination.

Front Line Defenders welcomes the acquittal of Machi Francisca Linconao as it believes she was targeted for her peaceful and legitimate human rights work. Nevertheless, Front Line Defenders expresses concern for the ongoing criminalization of the Mapuche People, which it believes is on account of prevailing stereotypes and deep rooted discrimination against this indigenous group in Chile.”