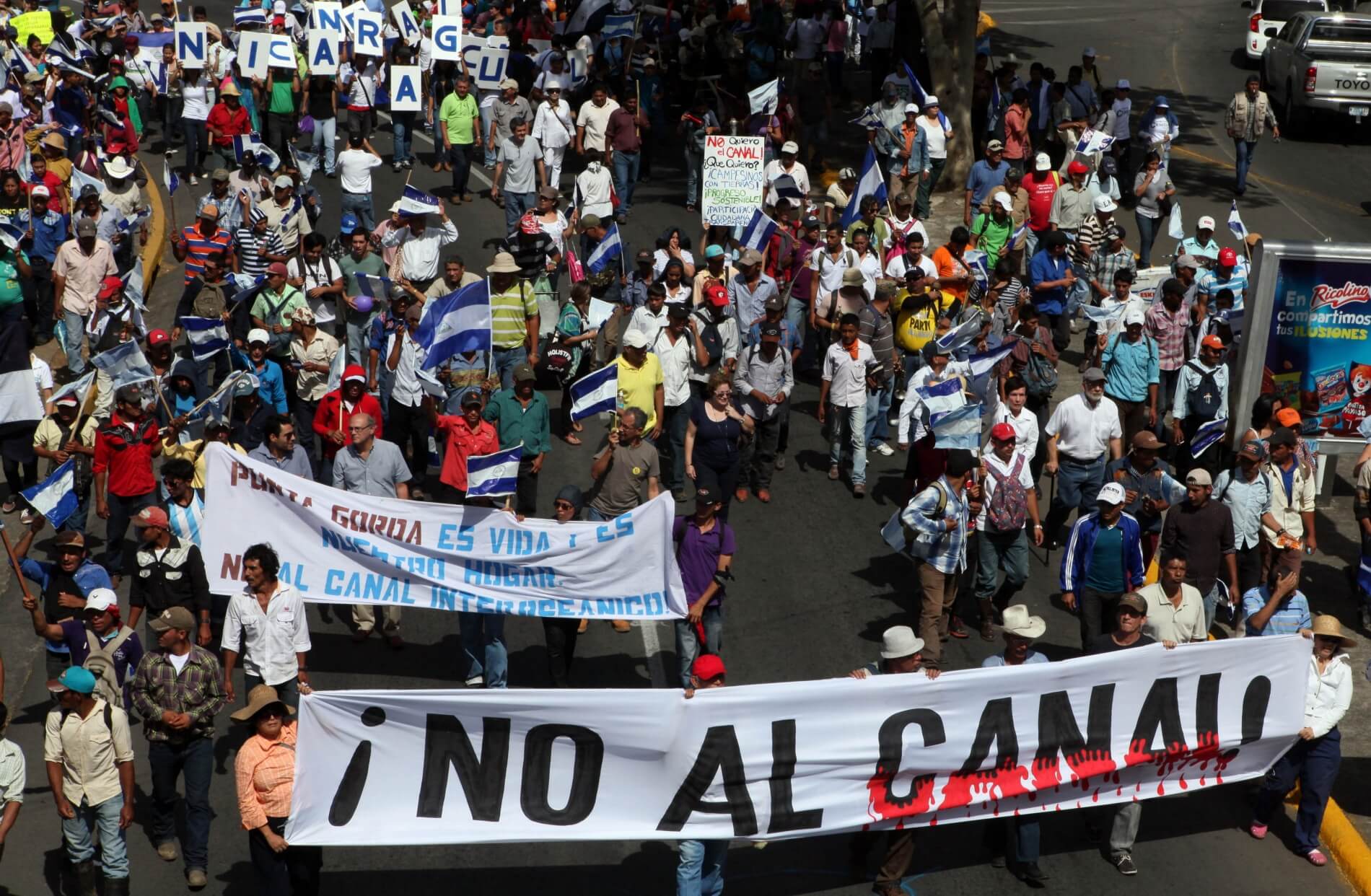 IACHR rules that a healthy environment is a fundamental human right

Photo by Mario Lopez/EPA
Support our journalism. Become a Patron!

Indigenous communities know all too well of the potentially devastating risks that the construction of mega-projects can entail. Time and again, such projects have led to irreparable environmental damage that harmed if not destroyed the well-being, culture, economy and traditional ways of local communities.

The Raizal Peoples who inhabit the San Andrés, Providencia and Santa Catalina archipelago, Colombia could become one more indigenous community to be affected in this way. Should Nicaragua’s plans to build a canal go ahead, there is the risk that the massive project—that would rival the Panama Canal—would muddy and pollute nearby waters and potentially destroy the reef on which the Raizals depend.

With the risk of environmental damage and potentially devastating consequences for the Raizal Peoples in mind, Colombia applied to the Inter-American Court for information as to how it might interpret human rights law in this case. In response, the Court issued an advisory opinion in which it elaborated at length on the relationship between the environment and human rights law.

The Court noted, “Environmental damage can cause irreparable damage to human beings. As such, a healthy environment is a fundamental right for the existence of humanity.”

Its findings, though non-binding, sent out a strong message to both the regional and international arena that not only is there an inextricable link between a healthy environment and human rights but that this should be accounted for in the interpretation of human rights instruments.

In practice, this means that someone could in theory now bring a case before the Court on the grounds that environmental damage had led to a violation of their human rights. While significant legal obstacles have previously made it difficult for affected parties to seek meaningful redress in such cases, the verdict could not be more timely.

To date, claimants in the Americas affected by environmental damage have struggled to pursue legal action for the violation of their human rights for the following reasons:

Right to a healthy environment (San Salvador Protocol, article 11) not accepted as basis for a claim

Firstly, despite the fact that Article 11 of The San Salvador Protocol explicitly sets out the right to a healthy environment, this right is non-justiciable. That is to say, no-one could use a violation of this right as a basis for which to file a petition to the Inter-American Commission of Human Rights, and subsequently the Inter-American Court. Instead, the affected individual or group would have to bring a case under Article 26 of the American Convention on Human rights, the rights of which are justiciable.

The problem is that, while Article 26 protects economic, cultural and social rights, the only obligation it imposes on States is that they progressively achieve the full realization of these rights, making it an aspirational ideal for member States. For this reason, neither the Commission or the Court had previously ever found in favour of a claimant who had asserted their rights under this article. Furthermore, is has been unclear whether the right to a healthy environment would be deemed as being included in the scope of the rights protected under Article 26.

In some cases, the cause of environmental damage occasioned in a particular place lies outside of a country’s border. This is problematic because human rights instruments are traditionally understood to only hold states responsible for damage occasioned in that same state, not for damage outside of their borders. This rather nebulous realm of extraterritorial obligations is, as one legal expert noted, “the conundrum…that bedevils human rights law”. If we can find some clarity in this rather nebulous world of international law it is that no-one hoping to a pursue legal action through the regional courts in the case of a transboundary claim could be confident their claim would be admitted.

In theory, another means through which a potential affected party could file their complaint with the Inter-American Commission would be through arguing that their right to life had been violated as a result of environmental degradation. However, case law from the Inter-American Court shows that should a complainant want to argue their case on this basis, they would have to prove that the state had taken action which could be deemed to have an “immediate” and “certain” consequence on their exercise of their right to life–and that action wasn’t taken to “reasonably” prevent the risk of this happening.

There are cases which fall into this category such as Sarayaku vs. Ecuador, where explosives were laid on the Sarayaku territory or, for example, in Yanomami vs. Brasil where a highway was built though Yanomami land which resulted in several deaths. This said, clearly trying to prove the immediacy and certainty of a risk to life and integrity limits the number of cases significantly. By means of example, in 2005 when the Inuit argued that their traditional means of subsistence had been destroyed by climate change, the Inter-American Court did not find in their favour. Though the Court was not explicit with regards to its reasons for not accepting this argument, it can be supposed that it was indeed difficult to prove that climate change would have resulted in an “immediate” and “certain” negative impact on the subsistence of the Inuit Peoples and consequently their right to life.

The advisory opinion issued on Feb. 7 addresses these problems in the following way:

The right to a healthy environment

Firstly, the court reaffirmed the landmark decision made in the recent Lagos del Campo vs. Peru case, in which they found for the first time in favour of a claimant who had raised a petition on the basis of his Article 26 rights being violated. Secondly, the Court recognized that the right to a healthy environment as set out in the San Salvador Protocol was an autonomous right and crucially, should be deemed as being included in the rights set out in Article 26. What this means then is that the door is laid open to future claims for loss of a healthy environment brought under Article 26 of the American Convention, something that was not previously possible.

Transboundary claims will be actionable in the case of environmental damage

The Court found that countries will be held accountable for the violation of rights when the activities causing those violations are in their “effective control” i.e. they are responsible for them. This marks a significant widening of the traditional scope of a state’s responsibilities.

On this basis then, if, for example a state did complete a mega-project, the effects of which were felt outside of their borders, a case could be brought against them. In Colombia’s case, the Court seems to indeed be suggesting that should Nicaragua’s canal result in environmental damage in Colombia, affected parties would indeed have a case.

Some experts have noted that this could have important repercussions for air pollution, chemical pollution and even climate change.

Risk to life must still be “immediate” and “certain” but in the case of the possibility of significant environmental damage, a state has an obligation to prevent it taking place. 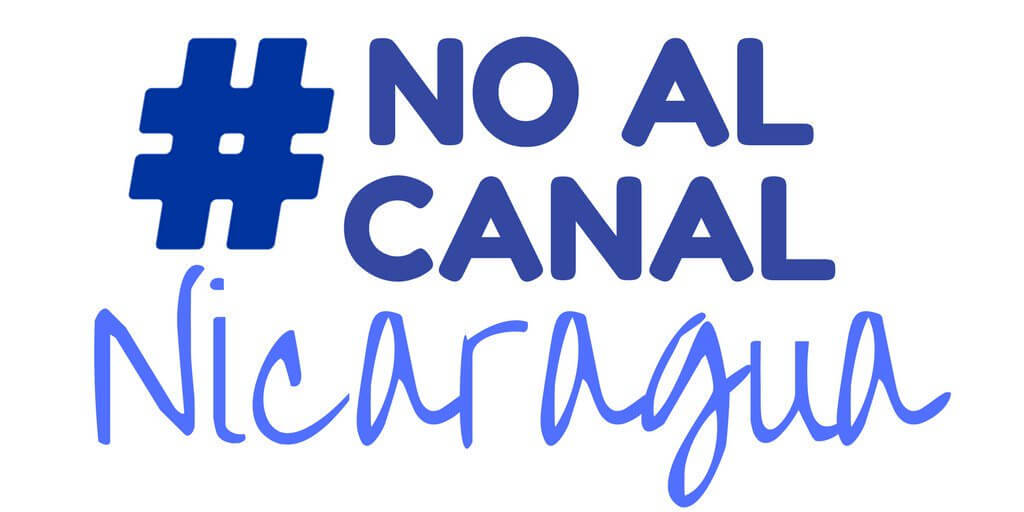 As expected, the Court’s opinion signaled no change with regards to the need for claimants to prove that actions undertaken would “immediately” and “certainly” result in the violation of their right to life. As such, it will remain difficult to bring forward claims on this basis. However, the Court did importantly recognize the very real potential that environmental damage has to cause violations of the right to life or right to integrity. With this in mind, it made several stipulations:

The Court also offered clarity about what was understood by the meaning of the word ‘prevention’. It found that a State must conduct thorough and independent environmental impact studies as well as providing mitigation and contingency plans in the case of damage; regulate, supervise and monitor activities that could cause harm; cooperate with other States, providing them with information regards risks to the environment and ensure that potentially affected parties have access regarding potential harms

There is no doubt that the Inter-American Court’s findings offer reasons for optimism for both environmental and indigenous rights activists alike. Though non-binding, the advisory opinion provides a sign post for Courts of member States as well as lending much-needed legal weight to arguments made by potential claimants. Indeed, the advocacy group Dejusticia—which is currently pursuing legal action against the Colombian State for failing to curb deforestation in the Amazon—has said that it will use the findings to bolster its arguments. Of course, the advisory opinion will likely carry weight further afield too. The fact that a major human rights body such as the Inter-American Court has taken active steps to better protect citizens from the very real effects of environmental damage will surely put pressure on other major bodies to do the same.