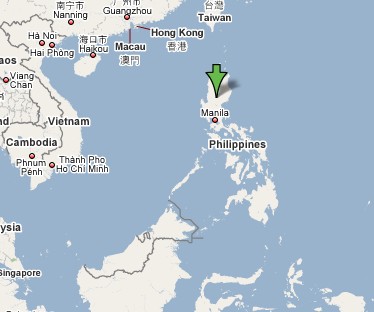 Indigenous Communities in the Philippines have been recently forced to step up their efforts to defend their lands against foreign mining interests. There were two separate blockades last month, both in Nueva Vizcaya, Northern Luzon.

The first blockade was set up on Thursday, December 10th, shortly after the Ifugao, Ibaloi and Kalanguya got word the Australia firm OceanaGold would soon arrive to start exploration operations on their land. Sure enough, the workers arrived the following day. Fortunately that’s all they did—at least until the 100-strong group escorted the workers out of the area.

The three tribal communities have been consistently opposed to OceanaGold’s mining aspirations. They’ve consistently said the mining permit is illegal because it was granted without their consent. According to the Mining Act of 1995, no mining can occur on tribal lands without it. It is also illegal to mine in watershed areas, which the land in question happens to be.

A few days after this, on December 17th, indigenous peoples from the Bugkalot, Kankaney, aswell as the Ifugao, and Kalanguya tribes set up another blockade to prevent another Australian-based mining company from accessing their lands.

according to Bugkalot leader Kagawad Mariano Maddela of Barangay Pa’o, a contingent of allegedly armed pro-mining people mobilized by Royalco Philippines approaching the the barricade at the moment of this writing, less than a kilometer away from the barricade proper.

“The mining firm has brought along 130 pro-mining Bugkalots coming from the adjacent municipality of Nagtipunan in Quirino Province along with its heavy equipment, bulldozer and two dumptrucks carrying drilling equipment and paramilitary personnel from the Civilian Volunteer Organization (CVO),” Maddela said.

The barangay officials from eight barangays in the municipality of Kasibu are now at a dialogue with Kasibu Mayor Romeo Tayaban and are seeking his urgent intervention on the matter, Maddela added. Mayor Tayaban previously supported the anti-mining communities during Oxiana’s failed bid to bring in its mining equipment.

[…] The current barricade in Pao village is the second barricade against Oxiana and RoyalCo set up by communities in the area. Since July 12, 2007, hundreds of indigenous tribespeople from the villages of Pao, Paquet, Dine, Kakidungen, and Catarawan in Kasibu municipality have joined the first successful barricade against the mining firm in Paquet village. Unable to bring its drilling equipment into the site, Oxiana and Royalco are now trying to cut through an alternate path through a logging road in Pao village, Bautista said.

There doesn’t seem to be any more information about this situation at the moment, but RoyalCo will more than likely continue trying to access the land.

The same goes for OceanaGold, however a petition was just filed with the Supreme Court asking for a preliminary injunction because their mining project “lacks social acceptability and failed to get the consent of the municipal government”

A somewhat similar petition was recently handedto the National Commission on Indigenous Peoples against Oxiana’s operation, but it was denied because the petitioners apparently “failed to prove their allegations that Oxiana Philippines violated the commission’s guidelines in getting the support of affected tribal communities.”