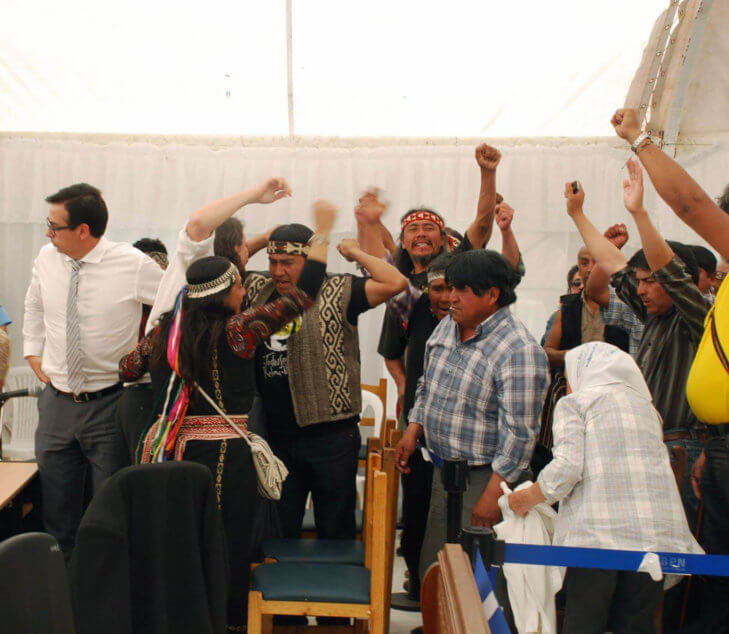 Help shine a light on hundreds of indigenous struggles in the new year!

IC is made possible through the generous support of people like you. Please make your tax-deductible contribution now and help shine a light on hundreds of indigenous struggles in the new year! http://bit.ly/2iAH6OH

Supporting indigenous media has never been more important. The world’s governments are treating the earth like a discount bin on Black Friday. They want to take as much as they can no matter the consequences. And now, with Donald Trump set to take office–not to mention the sharp rise of right-wing extremism in the United States–the world’s political climate is now set to go the way of climate change. It’s a runaway train and if we don’t do something, that train is going to fall off the tracks.

But all is not lost; because in resistance there is hope and no matter how things play out in the months ahead, the world’s Indigenous Peoples will continue to stand on the front lines to defend the earth.

Please support the ongoing work of Intercontinental Cry so that we can keep a light on for every indigenous nation that stands in the line of fire, including our close friends the Ngabe-Bugle in Panama, the U’wa in Colombia, the Maya in Guatemala, the Miskitu in Nicaragua, the Wixarika in Mexico and hundreds of others we still need to meet.

Remember, when you give to IC you’re not just protecting a dedicated line of investigative journalism. You’re also:

Nia:wen kowa / thank you very much,