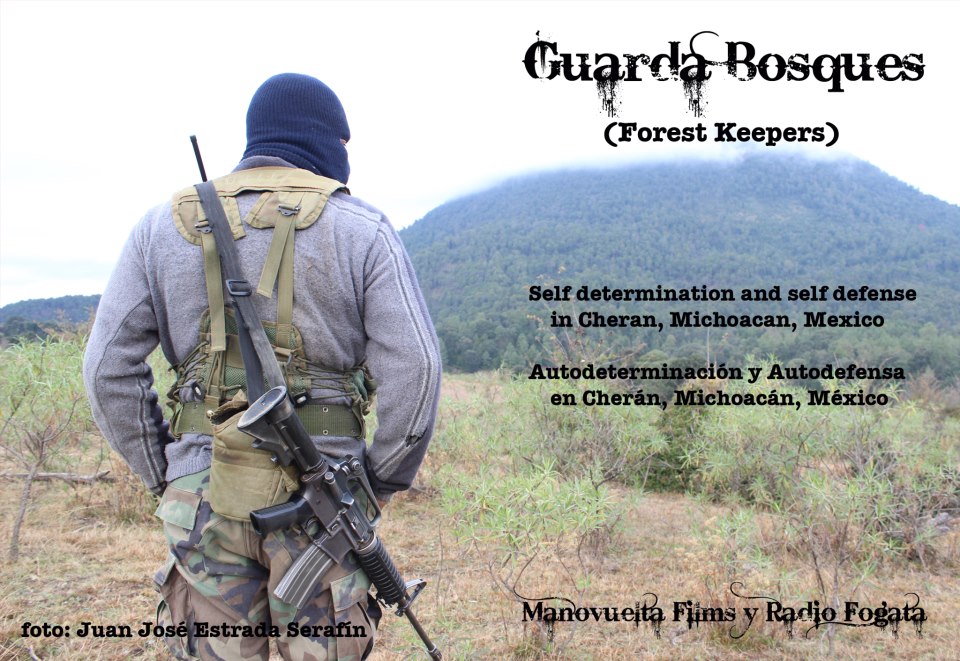 In “Guarda Bosques” (Forest Keepers), you will learn about a Purepecha community’s efforts to reclaim and defend itself from organized crime thugs teamed up with the logging industry and different government agencies. Film is in Español with English subtitles.

On April 15th 2011, when organized crime thugs teamed up with the logging industry and different government agencies to pillage precious and sacred forests at gun-point, the indigenous Purepecha community of Cheran, Michoacan, Mexico rose up with sticks, rocks, and bottle rockets against what can only be described as their local narco-government. Since then, they have taken the authority’s offices, weapons, and pick-up trucks, ousted all political parties and all local and state police, and have re-established a traditional form of self-governance that includes its own council of elders, a community “police”, known as a “ronda”, and its own forest defense team, or forest keepers, known as the “Guarda Bosques.”