Grassroots Anti-Pipeline Groups and Idle No More say, “Enbridge No More! Shut Down the Tar Sands!” 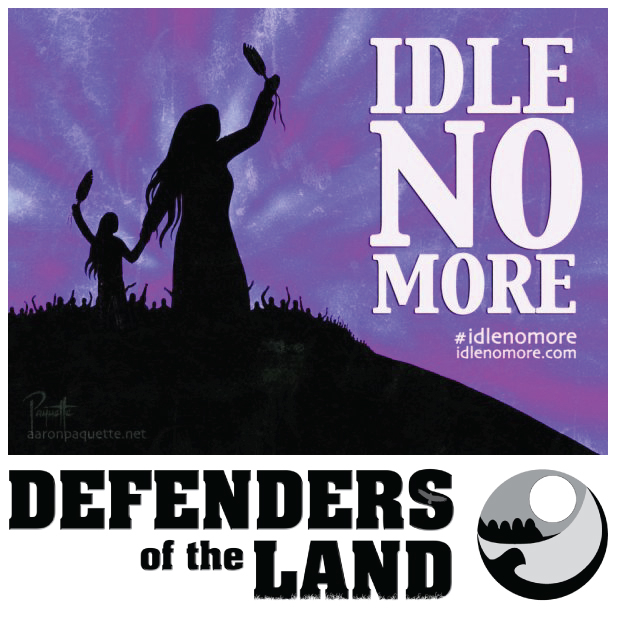 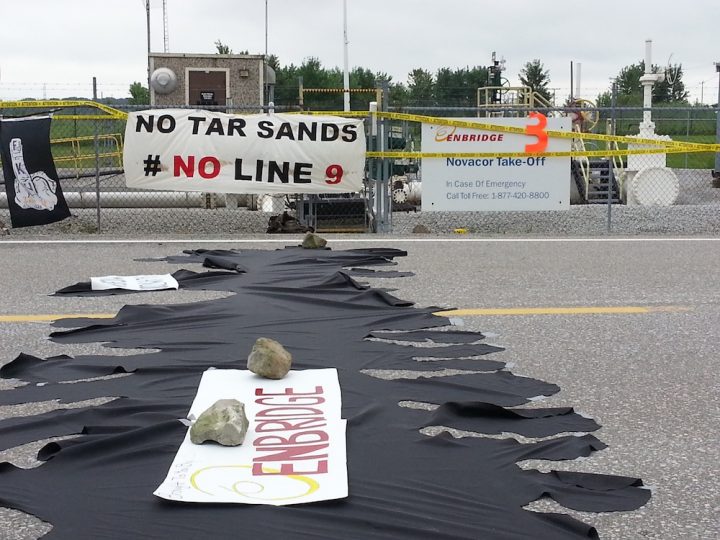 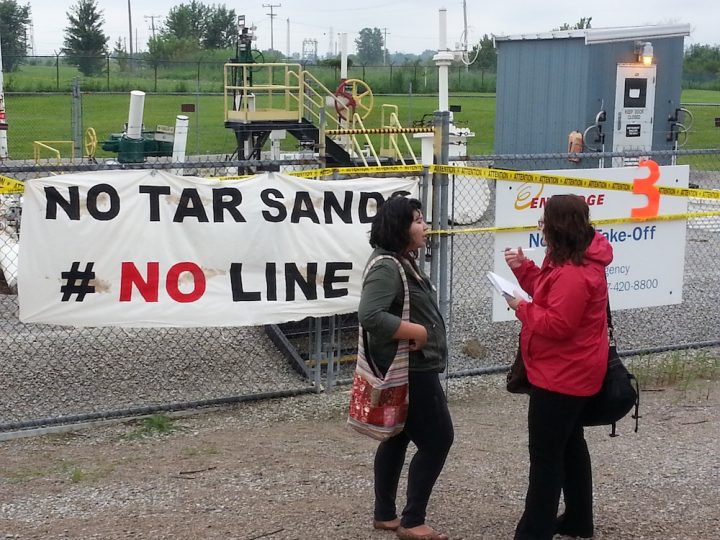 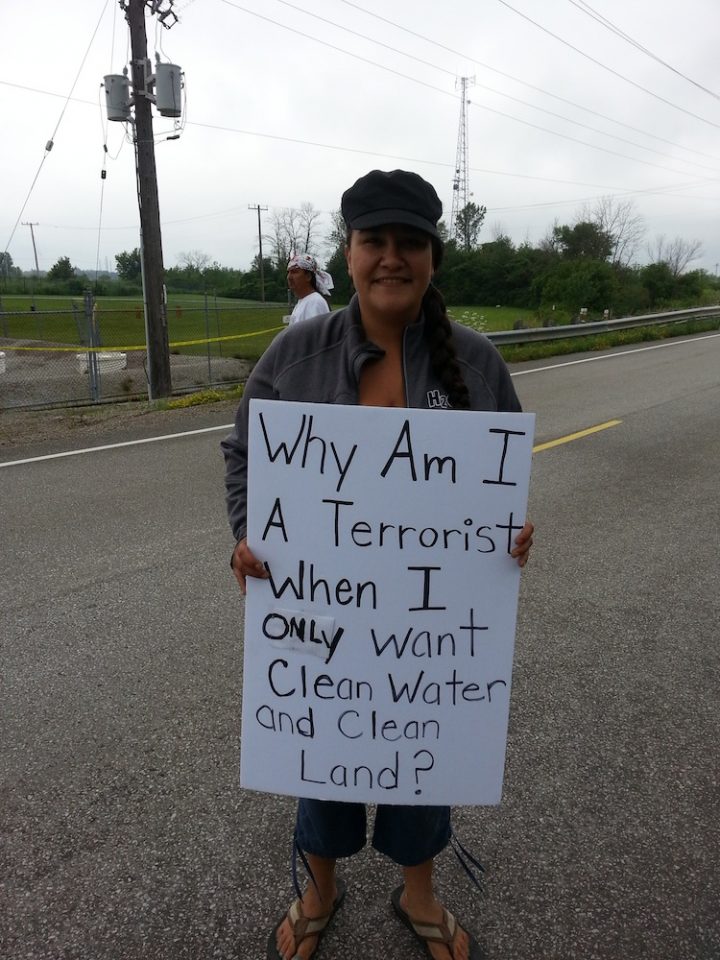 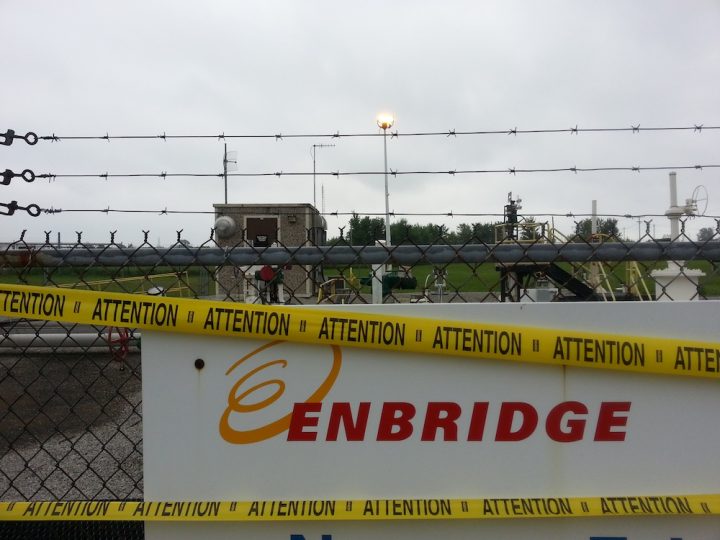 Aamjiwnaang and Sarnia Against Pipelines (ASAP) demonstrates against Tar Sands oil and Enbridge’s Line 9 Reversal Project, in solidarity with communities impacted by the Enbridge Line 6 spill in Kalamazoo, Michigan on 3 year anniversary.

Aamjiwnaang—Today, members of Aamjiwnaang and Sarnia Against Pipelines (ASAP) along with supporters of the Idle No More movement and environmental groups gathered in Sarnia’s Chemical Valley at Lasalle Line where Enbridge’s Line 9 comes above ground across the road from the border of the Aamjiwnaang reserve. Community members and grassroots activists briefly blocked the Lasalle Line road with a mock oil spill, calling attention to the risks posed by the Line 9 Reversal Project and to commemorate the 3 year anniversary of the Line 6 spill in Kalamazoo, Michigan.

The demonstration on Lasalle Line is at the spot where Line 9 comes above ground and there is a small Enbridge facility right on the edge of Aamjiwnaang. At this site, Aamjiwnaang community members will conduct a land protection ceremony.

The Line 9 Reversal Project is Enbridge’s plan to ship tar sands oil east for export through a nearly 40 year old pipeline for which experts not employed by oil companies agree that it is a matter of when, not if, this line will spill.

Today’s demonstrators call attention to the broader destruction caused by the tar sands and not just the local risks posed by the Line 9 reversal Project. “All pipeline spills are overlooked by the media all the time,” says Vanessa Gray, a member of Aamjiwnaang First Nation and a founding member of ASAP. “The problem is not how we transport the product, it’s the product itself and the oil companies we should question. The Tar Sands is the most destructive project exploiting First Nation’s territories on Turtle Island today and the future generations of all peoples are depending on the actions we take to defend the air, water, and land we need.” said Gray.

Today’s demonstration was called to commemorate the three year anniversary of the spill on Enbridge’s Line 6 in Kalamazoo, Michigan, which started spilling on July 25, 2010, and was the largest inland oil spill in US history. Communities around that spill site continue to deal with devastating local environmental and health impacts. However, the message coming from Chloe Gleichman of the Michigan Coalition Against Tar Sands was similar to Gray’s, in that she too was interested in focussing on broader, rather than local impacts.

“The community and climate devastation caused by tar sands transcends fabricated boundaries drawn by governments and authorities in collusion with companies like Enbridge,” said Gleichman. “Tar sands development is industrial genocide to indigenous cultures, ecosystems, and anyone who stands in the way of infrastructure expansion. We must resist Enbridge because no community should become collateral damage in the endless and reckless pursuit of profit,” she said.

Clayton Thomas Muller, National Campaigner for Idle No More’s Sovereignty Summer (#SovSummer) campaign, says that, “a movement is rising up from coast to coast to coast against the Canadian Tar Sands and will continue to grow incrementally until we take back our democracy from the hands of corporations like Enbridge who would see all our streets, rivers, lakes and coastal areas destroyed by tar sands pipeline spills.” Thomas-Muller continues, “We will not stop until the six core demands of Idle No More & Defenders of the Land’s campaign, #SovSummer, including the right of communities to say NO are respected by the Harper Government.”