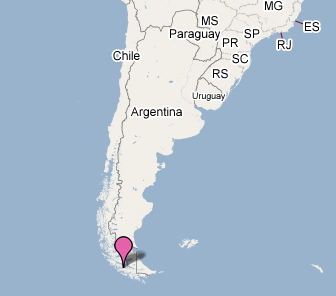 Genocide in Chile: a monument is not enough

In Chile last week, a bill was proposed to officially recognize the extermination of the Selk’nam and Aonikenk, two Peoples whom thrived in Chile’s southern Patagonia area before contact with Europeans—as genocide.

The bill also proposes to construct monuments about the genocide of the Selk’nam and Aonikenk, ‘to enter them into Chile’s history’.

In the mid-nineteenth century, European settlers established sheep ranches near the Selk’nam lands…. Completely foreign to the European notion of private property, the astute Selk’nam Warriors hunted the sheep.

In response, the Ranchers organized themselves into militias and set out to kill them all. Among many brutal things, they poisoned their food and “famously [established] a bounty for each Selk’nam ear returned to them.”

To stop the slaughter, governing officials moved the Selk’nam to a reservation in 1890, where the remainder died by European diseases for which their bodies had no defense.

The end of the Aonikenk went much the same as that of the Selk’nam.

While it’s a great start that a bill such as this has been proposed—I wonder if it’s enough. Considering the Selk’nam and Aonikenk are no longer among us, I would think the very least to be done would be to ensure genocidal acts such as deliberate attempts to extinguish people, to undermine their rights and cultures, and to have them criminalized and assimilated into mainstream culture should be abolished.

What good is knowing and remembering history if nothing is learned, and if nothing really changes?

From the Santiago Times – Legislation proposed last week by the Senate’s Education Committee proposed official recognition of the extermination of the Selk’nam and Aonikenk nomadic hunting cultures – which thrived in Chile’s southern Patagonia area before contact with Europeans – as genocide. The bill, proposed by Socialist Party Senators Pedro Munoz and Ricardo Nunez, would also construct monuments to the slaughter of Chile’s indigenous populations in Santiago and the southern city of Porvenir.

Munoz, the senator for the Magellanes area that was home to the Aonikenk, said the legislative proposal is based on findings reported in 2003 by former President Lagos’ Commission for Truth in History and New Native Treatment. This group concluded that the decimation of these native populations should be considered genocide.

Munoz said the purpose of the legislation is to establish the existence of these cultures in Chile’s history, as they are often left out of school books.

“There is a deep ignorance about these ethnic groups (…) they are not emphasized at all in the schools. The reason for this bill is to recognize these cultures as part of our history, so that future generations will know they existed and what happened to them,” said Munoz. (source)