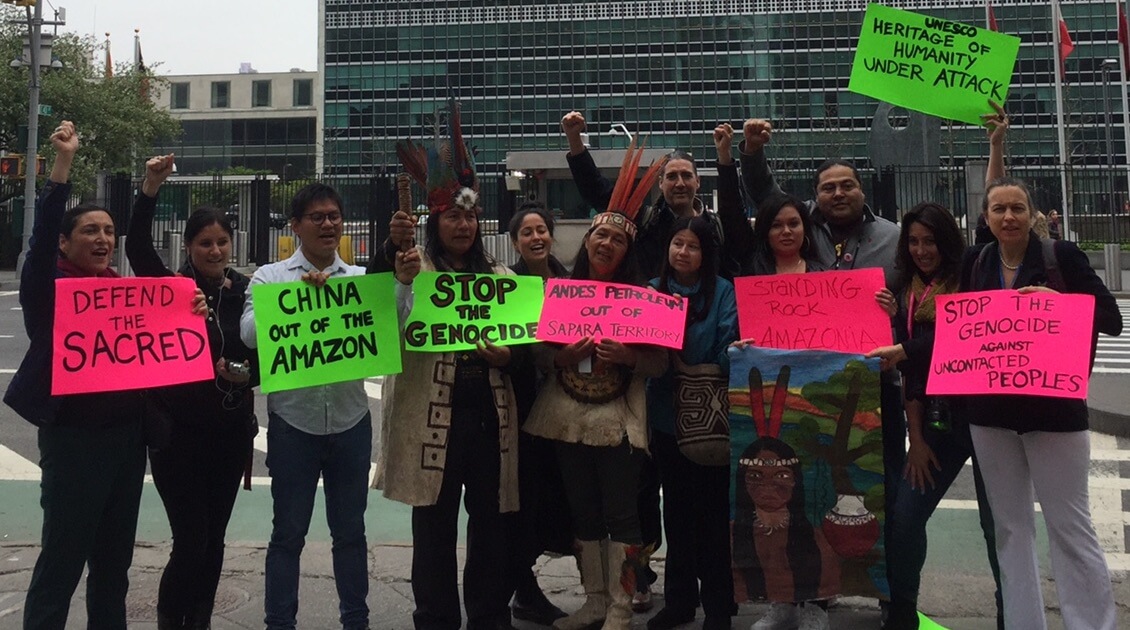 On Saturday, the leaders participated in the Peoples Climate March alongside other indigenous leaders and actor Leonardo DiCaprio
Photo Credit: Amazon Watch
Support our journalism. Become a Patron!

New York, NY – Indigenous leaders Manari and Gloria Ushigua from the Sápara nation of the Ecuadorian Amazon delivered a letter this morning addressed to the Permanent Mission of the People’s Republic of China before the United Nations in New York, in which they call on its state-run oil companies to abandon drilling plans on their rainforest territory. Their action occurs on the same day that Ecuador faces scrutiny from the U.N. Human Rights Council during the body’s Universal Periodic Review of the country. The letter is available here (Spanish version here).

The Sápara are adamantly opposed to oil extraction in their territory, and they have long been a key voice for preventing previous drilling projects in the Ecuadorian Amazon. Andes Petroleum, a wholly owned subsidiary of Chinese National Petroleum Company (CNPC) and SINOPEC (China Petrochemical Corporation), holds two oil concessions to blocks that overlap entirely with Sápara titled territory and at the headwaters of their extensive lands, which extend to the Peruvian border. The blocks are located along the southern border of Yasuni National Park, widely considered to be the most biodiverse place on the planet, and also overlap the nomadic territory of two indigenous groups living in voluntary isolation.

To date, Andes Petroleum and the Chinese government have failed to respond to several letters denouncing oil extraction plans in Sápara territory and deeper into Ecuador’s remote eastern rainforest.

“We were never consulted nor gave our consent for the drilling project slated for our territory by the Ecuadorian government. We have a right to say no, and we reject oil drilling in our territory. We will not allow any damage to our forest, rivers, mountains, or biodiversity, which help regulate the global climate and are a source of life for our culture and spirituality.” said Manari Ushigua, President of the Sápara Nation.

The two leaders also brought their message to the Peoples Climate March, marching for indigenous rights as a key solution to climate justice and sharing their vision of the role indigenous peoples play in protecting standing forests and keeping oil in the ground—two critical elements of addressing climate change, and defending the sacred. 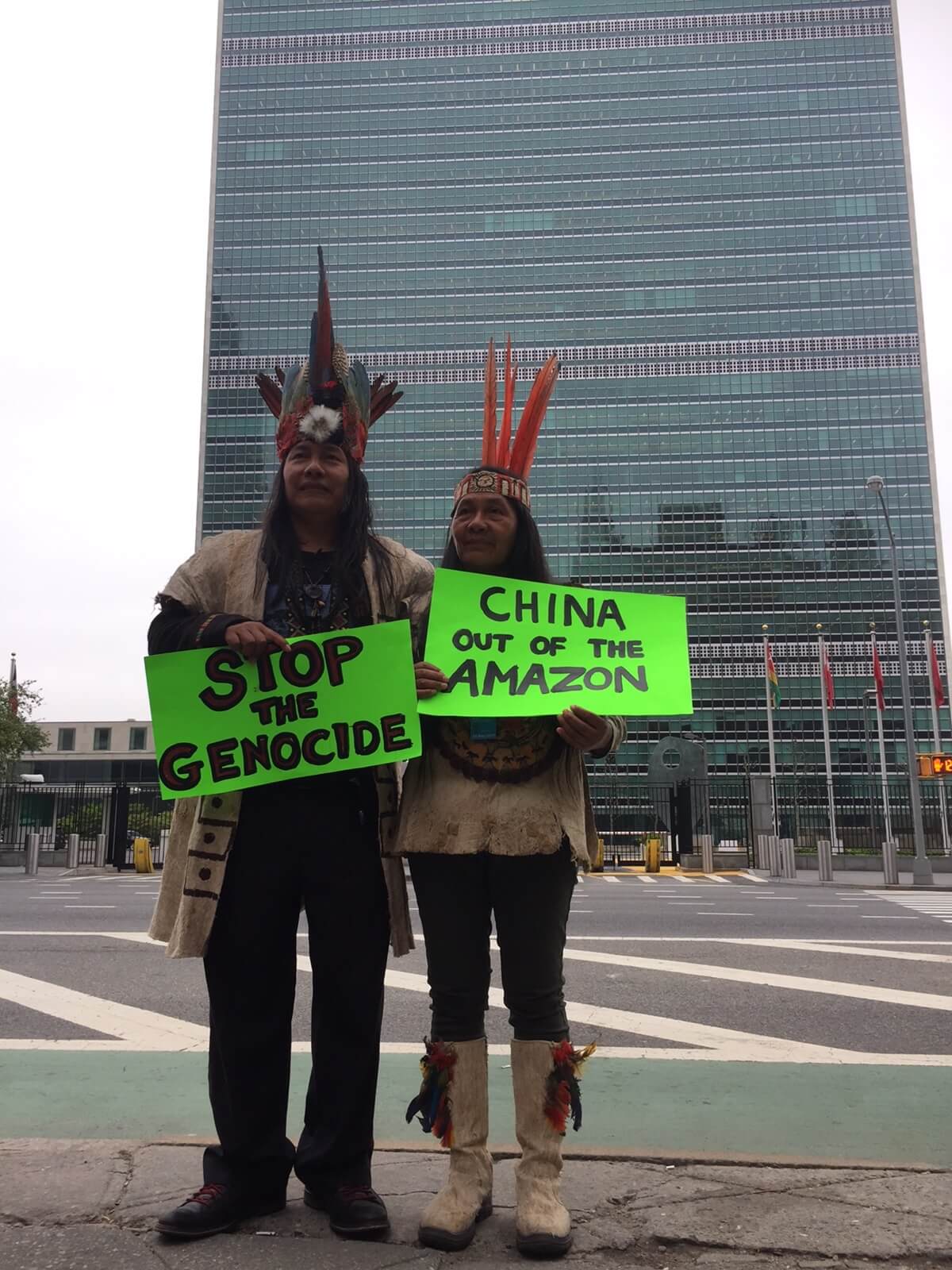 While in Washington DC, the Sápara leaders joined the Indigenous Rising contingent along with indigenous peoples from across the Americas, combining forces to protect their lives, lands, and cultures in the face of continued onslaught against their peoples. They joined a treaty signing between indigenous women of North and South America that declares solidarity in the movement to protect Mother Earth from extractive industries.

Gloria and Manari Ushigua also had the opportunity to share their vision and struggle with actor and advocate Leonardo DiCaprio in a 90 minute meeting, after which DiCaprio marched with them in the Indigenous Rising contingent, expressing solidarity with the call for indigenous rights as a key solution to climate change.

The Sápara are a small nation of about 600 people with 361,000 hectares of contiguous pristine rainforest extending to the Peruvian border and which forms part of the headwaters of the Amazon. The Sápara received recognition from UNESCO in 2001 for their “Intangible Cultural Heritage”, a category that recognizes unique traditions inherited from their ancestors such as oral traditions, performing arts, social practices, rituals, knowledge and practices concerning nature and the universe. Today, only a handful of elders speak the Sápara language, and their culture and lands are at risk.

The leaders are in New York to participate in the United Nations Permanent Forum on Indigenous Issues. Today Ecuador faces review by the U.N. Human Rights Council during its Universal Periodic Review of the country’s human rights record, and Manari and Gloria Ushigua will present evidence of Ecuador’s lack of compliance with the United Nations Indigenous Peoples’ Rights Declaration and the ongoing crackdown on indigenous peoples and rollback on indigenous rights in recent years in the country.