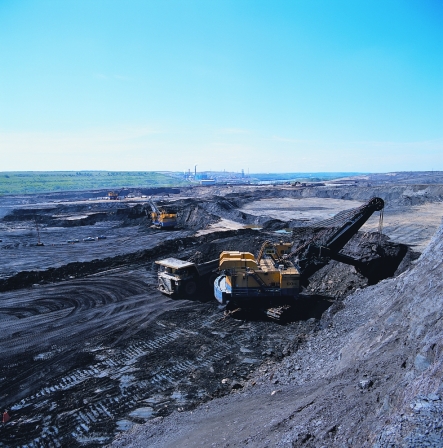 Following the massive lawsuit filed by the Beaver Lake Cree Nation last month (and the one filed by the Woodland Cree last year), the Chipewyan Prairie Dene First Nation came forward on June 4th to file their own lawsuit against the Alberta government.

The CPDFN say they weren’t consulted when the government leased away “the heart” of their traditional territory to MEG Energy Corporation for an oilsands (tarsands) project.

Focusing primarily on their Treaty Rights, CPDFN hope the lawsuit will require Alberta to hold ‘meaningful consultations’ so as to protect one of the few remaining places in their Traditional Territory where they can exercise their rights.

See below for a press release from the Chipewyan Dene Prairie First Nation.

EDMONTON, ALBERTA–(June 4, 2008) – Today the Chipewyan Prairie Dene First Nation (“CPDFN”) filed legal action in the Alberta Court of Queen’s Bench against the Alberta Government alleging a breach of Alberta’s constitutional duty to consult with the First Nation on MEG Energy Corp.’s Christina Lake Regional Project, Phase 3. This Project is planned to be located in the heart of CPDFN’s Traditional Territory, between Christina Lake and Winifred Lake, the breadbasket of the First Nation.

“Our lakes, our land and the animals and fish we have relied on for thousands of years to support our way of life and cultural values are being destroyed by out-of-control oilsands developments,” said Chief Vern Janvier of CPDFN. “Because our constitutionally-protected rights are at risk in one of the few remaining places in our Traditional Territory where we can exercise them, we’ve asked the Courts to step in before it’s too late.”

The Judicial Review Application filed by CPDFN today seeks a ruling that will require Alberta to hold meaningful consultation with CPDFN about the granting of oil sands leases in CPDFN’s Traditional Territory. This has implications for all First Nations and all resource developers in the oilsands and across Alberta.

The First Nation is also asking the Court to rule that the Alberta Energy Resources Conservation Board and Alberta Environment cannot not approve MEG Energy’s Phase 3 oil sands project until Alberta meaningfully consults with CPDFN so as to ensure protection of CPDFN’s Treaty and Aboriginal rights. The case also raises the need, through consultation with CPDFN, for regional land-use planning, proper cumulative impacts assessment that looks at the full impact of existing, planned and reasonably foreseeable development, and for the establishment of appropriate baseline data, benchmarks and related measures to guide development and to ensure that CPDFN can exercise its rights now and in the future.

“MEG Energy has been given leases around Christina Lake and Winifred Lake, very special places to our people who have hunted, fished and carried out our cultural practices there for generations,” said Chief Janvier. The Chief went on to state, “For years, we have told Alberta and industry of our concerns about the erosion of our rights through ever-increasing development and the lack of proper planning for resource development. Yet Alberta has done almost nothing to change the way they regulate this development. If anything, Alberta has sped up the pace of its approvals.”

Alberta policy delegates legal responsibility for consultation with First Nations to oil and gas companies who have a clear conflict of interest in playing such a role. Not only does consultation take place after leases have already been awarded so that development is already mostly locked-in, but companies also have no control over the cumulative effects with other projects that infringe upon Treaty and Aboriginal rights. Therefore, only governments can conduct meaningful consultation, and only when done early.

“The whole oil sands consultation and management framework is inconsistent with the law of the Land, as decided by the Supreme Court of Canada and needs to be fixed,” said Chief Janvier. “This needs to happen before our people and other First Nations have our way of life and culture taken away forever.”