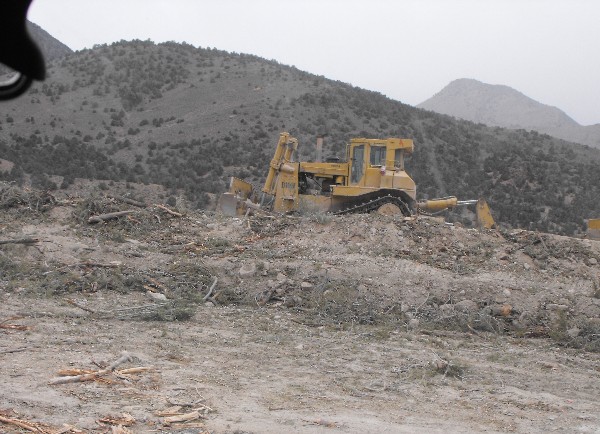 A federal judge has denied the Injunction sought by the Western Shoshone and four other plaintiffs to halt Barrick Gold’s construction of the largest open pit cyanide heap leach gold mine in the United States, the Cortez Hills Expansion Project on Mt. Tenabo.

Judge Larry Hicks ruled on Monday that the plaintiffs failed to demonstrate the need of an injunction.

The Shoshone were arguing that Barrick Gold’s activities would infringe upon their religious practices, and defile what is considered to be the heart of Shoshone creation stories.

Judge Hicks concluded that while the Shoshone’s spiritual experience may be diminished, it does not amount to a “substantial burden” because the Shoshone will continue to have access to the top of Mt. Tenabo.

“On the NEPA claims, the Court described the EIS [Environmental Impact Study] as very thorough and obviously the product of thousands of hours of analysis and expertise by either the BLM or the contractor. He further concluded that BLM gave all of the relevant issues raised by this type of project the requisite `hard look,'” explains Chris Worthington, Planning & Environmental Coordinator for the Bureau of Land Management’s Battle Mountain Mt. Lewis Field Office.

As for violating the FLPMA, “the Court reviewed the requirement that BLM
take any action necessary to prevent unnecessary or undue degradation
to the public lands and determined that based on what had been
presented in the Government’s brief and arguments, the Agency had
satisfied the standards.”

Despite the disappointing judgment, the Western Shoshone Defense Project says they have no plans on giving up, saying by email, “We will continue to pursue the lawsuit and other options to protect this important area.”