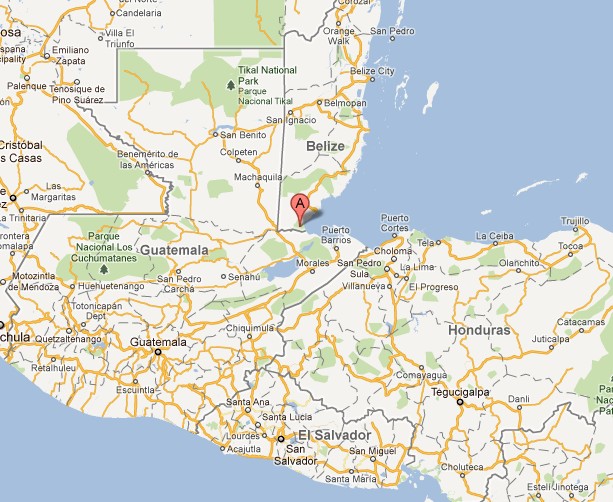 The government of Belize has quietly granted an American oil company drilling rights to protected Maya lands inside the Sarstoon Temash National Park (STNP) in the Toledo District of southern Belize. The surreptitious move is in defiance of an historic Supreme Court ruling that confirmed Belize’s obligation to adhere to the international standard of informed consent, says the Sarstoon Temash Institute for Indigenous Management (SATIIM).

SATIIM, a community-based indigenous environmental organization that co-manages the STNP, found out that Belize had granted a permit to US Capital Energy only after it learned that the company had suddenly returned to the protected lands.

The company isn’t wasting any time, says SATIIM. “A truck equipped for seismic drilling has already arrived along with a drill-ready tractor. Trees were cut for two seismic lines in Sunday Wood village, with rumors of plans to cut more in the village of Crique Sarco.”

SATIIM points out with great concern that the government failed to inform them–or anyone else–that a drilling permit had been issued, adding:

This is merely the latest ‘surprise’ in a shameful history of secrecy that began one morning in 1997. Five Indigenous communities in Southern Belize woke up to learn that the government had declared their ancestral land a national park in 1994. Ever since, these communities have struggled to defend their land at every turn.

Notably, in 2006 they won a temporary injunction against seismic testing in this protected area, where an entirely new ecosystem was recently discovered. Another ruling from the Supreme Court confirmed Maya rights to land and resources and Belize’s obligation to conform to international standards of informed consent established when it signed the UN Declaration on the Rights of Indigenous Peoples (UNDRIP) in 2007.

SATIIM is now demanding that the government respect: 1) the rule of law; 2) environmental justice; 3) economic equality; and 4) its obligations under UNDRIP and legal rulings by Belize’s highest courts.

Most of all, SATIIM is demanding an end to the government secrecy surrounding US Capital Energy’s new operations in southern Belize.

SATIIM and the Indigenous communities have also agreed to use “any means necessary” to make the government and the oil company comply with national and international law.

For updates on the situation, keep an eye on www.satiim.blogspot.com

If you would like to speak out in support of the Indigenous Peoples, you can send a letter of concern to: