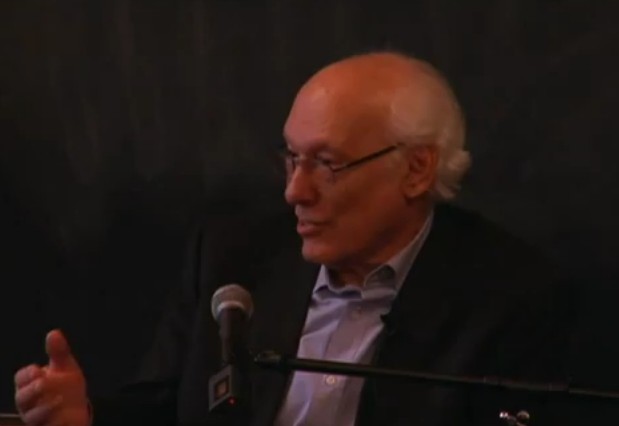 Anti-Colonialism and the Struggle for Indigenous Rights

This lecture is part of a series entitled, “Human Rights and Indigenous Peoples in the New Millennium“, given by Rodolfo Stavenhagen at the University of Chicago, April 6-20, 2011.

Note: Unfortunately, there are some problems with the audio in this lecture, which makes it very difficult to listen to at times.

Wednesday, April 6: “Are universal human rights for everybody? The Nation-State and the Vanishing Indians”

Wednesday, April 13: “Anti-Colonialism and the Struggle for Indigenous Rights”

Wednesday, April 20: “The Confessions of a Special Rapporteur: the United Nations and the Search for Justice”

Rodolfo Stavenhagen first got interested in human rights as an undergraduate at the University of Chicago where his German Jewish parents (refugees in Mexico) had sent him to study in the late 1940s. At Chicago, he met among others Eleanor Roosevelt, Ralph Bunche and W.E.B. DuBois who had come to talk to students about the new Universal Declaration on Human Rights. Stavenhagen went on to a notable career in the academy and in the protection of human rights. His major area of scholarship and advocacy has been the rights of indigenous peoples in the Americas and around the world. He is emeritus professor of sociology at El Colegio de Mexico, where he has taught since 1965 and has been visiting professor at Stanford University, Harvard University, and the University of Paris. He has served as President of the Latin American network FLACSO (Facultad LatinoAmericano de Ciencias Sociales) and on the board of the Social Sciences Research Council. He has received numerous recognitions for his academic work from institutions in Europe, Asia, and the Americas.

In the field of human rights, Stavenhagen was a founding member and first President of Mexico’s first human rights NGO, the Mexican Human Rights Academy, and has also served on the governmental Human Rights Commission. He has served the United Nations in various capacities, among these Assistant Director General for Social Sciences at UNESCO and UN Special Rapporteur for the Rights of Indigenous Peoples at the Human Rights Council, as well as with the International Labor Organization. He has also been called as expert witness by the Inter-American Court of Human Rights. He has served on the boards of many NGOs and has advised intergovernmental bodies, NGOs, and philanthropic foundations on the rights of the indigenous. He is the author of numerous publications on these subjects.

Sponsored by the University of Chicago Human Rights Program, the Center for Latin American Studies, and the Katz Center for Mexican Studies