An Open Letter to Canada and All First Nation Leaders 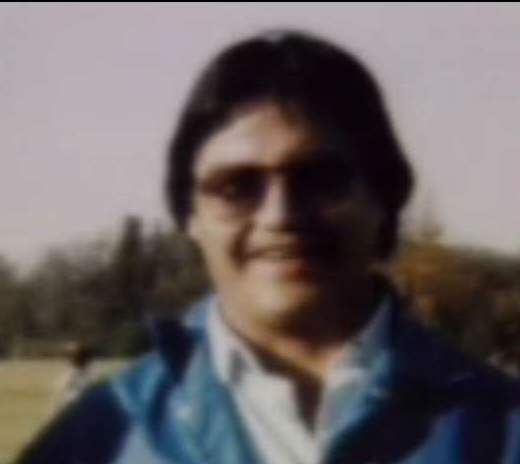 It’s well known that Canada perpetuates discrimination against indigenous people at every level of government, but what does it mean when that discrimination causes the death of innocent people? Death that is enshrouded in bureaucracy, covered up by the government, and ignored by the so-called leaders?

Shelley Brant, from the Tyendinaga Mohawk Territory in southern Ontario, reaches for an answer in this open letter:

An Open Letter to Canada and All First Nation Leaders

The recent questionable killing of yet another First Nations man, Craig McDougall 26 by police in Winnipeg has led me to write this letter:

This is the list of First Nations people killed by police across Canada and some have led to inquiries and some haven’t and is probably not even a complete list:

Frank Paul, a 47-year-old Mik’maq man – Vancouver- Vancouver police officer dragged the man, soaking wet and unconscious, from the downtown holding cells and dumped him in an alley across town. – Paul had died of hypothermia accelerated by acute alcohol poisoning.

Dudley George, aged 38, – Ipperwash – Ontario – was killed by a police sniper during a Native land protest at Ipperwash Provincial Park.

Craig McDougall 26 – Winnipeg – shot 4 times by police while on a cell phone with his girlfriend.

Neil Stone child 17 – Saskatoon – inquiry was released, stating that the Saskatoon police investigation into the 1990 freezing death of the 17-year-old – Saskatoon.

Rodney Naistus and Lawrence Wegner – Saskatoon- whose bodies were also found on the outskirts of town in February, 2000

Geronimo Fobister at the Anishnabe – Ontario – reserve of Grassy Narrows

Lorraine Jacobsen 40 – British Columbia – on a Kwagiutl reserve at Alert Bay – shot and killed by police.

You stepped into Iraq with the U.S. because of a dictator who was killing his own people, yet there is no difference between mustard gas and police bullets, they are both a permanent means of death, which makes you no better!!!!!

Perhaps someone should invade Canada and come to the aid of the First Nations people in this country who are at the mercy of it’s governments and their police forces, just as Canada comes to the aid of people in other countries for the same reasons.

I will say right now that I am ashamed to live in a country so full of hatred and racism, to the point where you can’t even trust the very people who are suppose to protect you which are the police not to shoot to kill because you are a First Nations person. There is case after case after case of First Nations people being killed by police who lie and cover up their deaths, only for the ugly truth to come out later yet they get exonerated and you would like people to think these are isolated incidents. They are not, they are country wide and you turn a blind eye because it might stain your quaint reputation.

Well I am here to tell you: your secret is out and now we know why the U.N Declaration of Indigenous Rights did not get signed by Canada don’t we. It’s because in Canada we are not considered humans so therefore why should we have any rights that might empower us??????

It is quite apparent that the lives of First Nations people mean nothing in this country and I am ashamed to say it also doesn’t mean a lot to the Native leaders of this country either. If it did the people would not be left on their own to speak out on police killings or attempts, yet they remain silent, all except one group decrying the deaths of two recent First Nations men in Winnipeg.

Silence means consent as far as I am concerned and if we have lost the meaning and value of human lives, the lives of our own people then we have completely lost who we are as a people. We might as well quit the nation talk and quit the cultural talk and quit the talk about who we are as a people because they are just words, your actions as leaders of all the nations across this country tell me there is nothing left worthy of fighting for. The only things left are an illusion and come from the outside, which has no meaning when it comes to being a First Nations person in this country. I will stand here today and say that I am no longer proud to be a Mohawk woman whose leaders can’t even stand up and do what’s right for their own people and that goes for the rest of the leaders across the country too.

I hang my head in shame at both this country and the First Nations leaders it has produced who would rather be silent than stand together with their own people who are systematically being killed by the police in this country!!!!!!!!!

Canada you can take your apology and stick it where the sun don’t shine because they are just mere words that mean nothing and perhaps in another 100 years rather than do something about the deaths of First Nations people at the hands of police now, you can apologize again!!!!!!