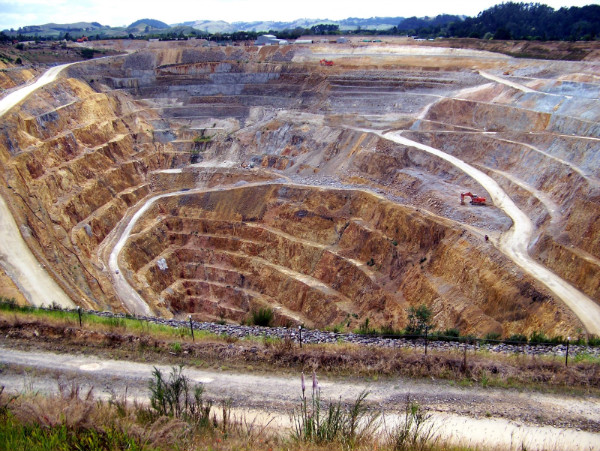 Unfortunately, this straightforward and morally-responsible position has failed to materialize.

As a result, more and more sacred sites in the United States are being threatened; while others continue to be torn apart in the names of comfort, convenience, desperation and so-called progress. Here are just some of the currently endangered Sacred sites:

The Glen Cove Shellmound site in Vallejo, California, is being threatened by the Greater Vallejo Recreation District (GVRD) and the City of Vallejo. They want to turn the site into a community park with its own trail, picnic tables, restroom facilities and parking lot. Known to the Ohlone Peoples as Sogorea Te, the site is a final resting place for thousands of Indigenous People dating back at least 3,500 years.

The San Francisco Peaks, a sacred Mountain in Northern Arizona, has been under threat for several years by a ski resort project. In 2004, the project developers proposed the use of roughly 180 million gallons of treated wastewater effluent to produce fake snow on the Mountain. Fortunately, the obscene effort to make “sewage snow” was halted in December. However, the resort is being allowed to expand, so it may be only a matter of time before the US Forest Service-backed sewage scheme is renewed. The San Francisco Peaks are held sacred by more than 13 Indigenous Nations.

In Massachusetts, a large-scale wind farm development project is threatening Nantucket Sound, a sacred place for the Wampanoag Nation. The project calls for 30 wind turbines spread over several miles along the Cape Cod shoreline. A recent action alert explains, “Wampanoag means ‘People of the First Light’ because they have sacred ceremonies which require an unobstructed view of the rising sun over Nantucket Sound. The sunrise rituals are also performed on the death of elders.” Standing 400 feet tall, the turbines would obstruct the Wampanoag’s view. Further, “off-shore burials would also be destroyed by the project. They have claimed the Sound as a Traditional Cultural Property and it has been determined eligible for inclusion on the National Register of Historic Places.” Nevertheless, the project is being pushed ahead.

Since 2006, a sacred Mountain known as Mato Paha (Bear Butte) has faced continual encroachment of bars and concert venues, turning a place of Ceremony for the Plains People into the ditch of a nearby social wasteland. Located eight miles east of Sturgis, South Dakota, each August the Sturgis Bike Rally brings as many as 500,000 people to the region, along with “excessive motorcycle noise pollution, helicopters, flashing strobe lights over the mountain” and boundless intoxicated campers. “Traditional people travel to Bear Butte for annual ceremonies and to worship, from May through the end of August,” explains the website, Protect Bear Butte. And now, “Each year people are violated in ceremony with the extreme noise and commotion that the Rally brings.” There has also been a great deal of racism underlying the Rally and developments.

Other sites include: Black Mesa, the sacred homelands of the Dine’ (Navajo) and Hopi Peoples; The Mound temples and historic villages of the Muscogee in Mississippi; The Traditional Ceremonial lands of the Karuk in northern California; The Arctic National Wildlife Refuge in Alaska, known to the Gwich’in People as “the sacred place where life begins”.

Further, there is Red Butte, a sacred place to the Havasupai Nation, now threatened by uranium mining; Eagle Rock, a spiritual site to Keweenaw Bay Indian Community, threatened by a nickel and copper sulfide mine; the “mysterious” Alabama mound, a place of prayer for many Indigenous Nations, recently “accidentally” desecrated; The sacred Cherokee site of Kituwah, threatened by a new electrical station; and the Shoshone Spiritual site of Mount Tenabo, which is threatened by an open pit gold mine.

To recap, these are just some of the sacred sites that are facing imminent destruction in the United States today. It’s an unparallelled tragedy, to be sure. You won’t find so many endangered sites anywhere else in the world.

However, to some of us, it’s more like a renewal of one of America’s most abhorrent legacies—as if the Nations State and its corporate allies have reached back to a time when entire villages would be thrown into pits and burned, when blankets infested with small pox would be given away for free, and when the military would paste up one dollar “scalp rewards” in every colony they could find.

Even the arguments used to justify these and other historical atrocities are the same as the ones that CEOs and government officials are using today to justify the destruction of these sacred sites and to absolutely disregard the rights and cultures of Indigenous People.

It’s quite telling about just how far America has come. Or, more to the point, how important it is for us to do something “more” than we are doing to protect our own legacy for future generations.

In short, while the U.S. government (along with every Nations State in the world) has an obligation for non-infringement and co-operation with Indigenous Nations, it is up to us to compel them to adhere to it, just as it is up to us (Indigenous People) to protect our sacred places, all of which we need to live rich and fulfilling lives.

If we cannot do this, then the most we can hope for is more glowing rhetoric, the odd court decision which can be overturned at any time, and the continued, ever-increasing renewal of American colonial barbarism.