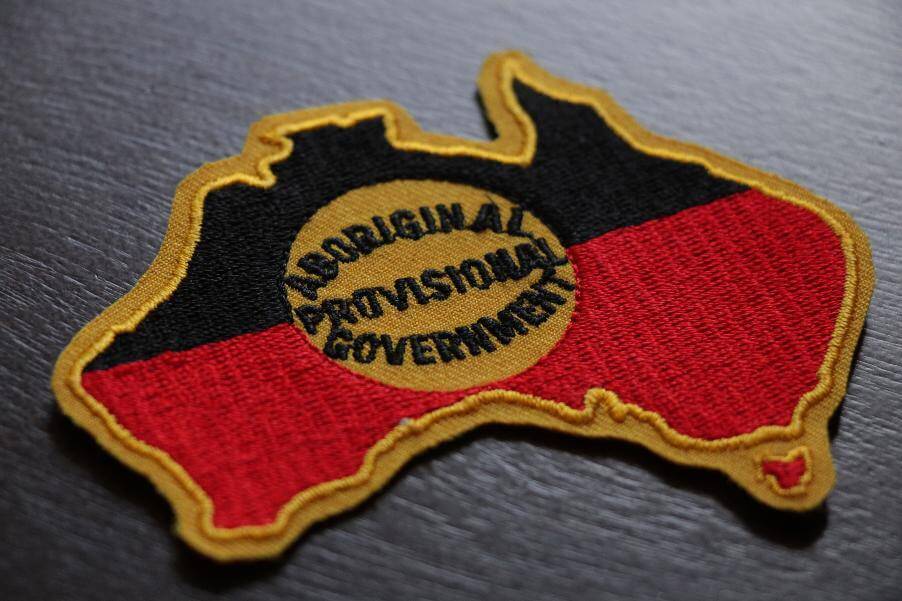 If we're serious about forging a real future for ourselves, we must address the question of national identity
Support our journalism. Become a Patron!

The colonizer’s current Indigenous Assimilation Strategy is all encompassing, and virtually identical to 1950s policy:

The Australian government’s focus on getting “kids to school, adults to work and the ordinary law of the land observed” isn’t about empowering our people. It’s about us conforming to colonial social norms, and falling into line with the colonial capitalist economy; the end result being that we become another cog in Australia’s nation building exploits. They want us to be completely attached to, dependent on, and controlled by the institutions of settler society. Their goal is assimilation, to turn the Aborigine into the Australian.

Why would we want to identify with those who’ve taken so much from us? Because we’re conditioned on a daily basis to be like them: to identify with their history, their warmongering traditions, their national symbols, and their xenophobic attitudes towards ethnic minorities. We call it the ‘dominant’ culture for a reason. From the mainstream media to the education system, settler society uses their cultural hegemony to pressure us into assimilation. We see it every time we watch the television, every time we listen to the radio, and every time we open a newspaper or magazine. We’re constantly bombarded with assimilationist propaganda lulling us into a false sense of security and belonging. In Australian schools, our children are expected to stand for and sing Australia’s national anthem. We see Australian flags everywhere we go, from car bonnets and boardshorts to universities and fast food restaurants. And each year on the 26th of January, they bribe Aboriginal people with money and awards to prop up and participate in their debauched Australia Day celebrations. The result is a classic case of what’s commonly referred to as ‘Stockholm Syndrome’, whereby the captive (the colonized) begins to bond and identify with their captor (the colonizer). This psychological condition is prevalent among colonized peoples globally–a condition induced and reinforced by the colonial powers that be.

The government advances its agenda even further by ridiculing or just simply ignoring the Aboriginal push for self-determination. Federal Minister for Immigration Peter Dutton labelled the Aboriginal passport a “nonsense passport”; Herald Sun columnist Andrew Bolt equated it to “apartheid”; and 4BC radio host John Scott insisted, “we’re all Australians”. Apparently the right of Aboriginal people to decide the future of their own lands and lives is just too farfetched.

Howard rejected the “absurd notion of a nation trying to make a treaty with some of its own citizens”, implying that Aborigines are in fact Australians. This is despite the United Nations endorsement of the right of Indigenous peoples to freely determine our own political status. As identified by Gamilaraay man and founding Chairperson of the Aboriginal Provisional Government (APG) Bob Weatherall, we as Aboriginal people have the inherent right to decide if we want to be part of the Australian nation or not:

“Governments presume we are citizens of the Australian nation, and our rights are accordingly limited. But we have never been given the opportunity to say if we agree.”

This is the question we must revisit. Are we (A) members of the Australian nation with basically the same rights and responsibilities as other Australians; or (B) members of a separate Aboriginal nation, and our respective tribal groups, with distinct rights and responsibilities? This is the same question colonized peoples around the world continue to grapple with. Staunch supporters of the Scots’ campaign for independence proudly brandish t-shirts emblazoned with the words “Scottish NOT British”. The Mohawks reject Canadian nationality outright, maintaining their own separate system of self-government and have been issuing their own indigenous passport since 1977. These are just two examples of colonized peoples expressing and asserting their right to self-determination. Others in the mix include West Papuans, Palestinians, the Zapatistas and the Mapuche. For them, the question of national identity is core to their struggle for justice. If we as Aboriginal people are serious about forging a real future for ourselves and generations to come, this is the question we must answer.

When it comes to our status as a people, there is really no in-between. By identifying as ‘Aboriginal Australians’, we’re still attaching ourselves to the Australian nation. Unfortunately, this validates the colonizer’s licence to dictate and define our entitlements as if we’re just another subgroup of Australian society. But that’s quite alright, as long as we’re content with crumbs from the colonizer’s table, whether it be a Reconciliation Action Plan, a mention in Australia’s Constitution, or a Native Title determination. Can we really convince ourselves that the Native Title process is real land justice, when twenty year claims culminate in the courts granting us less rights over our traditional lands than farmers and miners? They’ll only ever make concessions as long as they don’t interfere with their national interests. It’s true that we as Aboriginal people have the right to identify as Australians, to embrace Australian citizenship and Australia’s capitalist so-called ‘democracy’. But this choice has inevitable consequences. This choice can only lead to one future, a future veteran Gumbaynggirr activist Gary Foley describes bluntly:

“The process of assimilation is well on track, we’ll all be wiped out within fifty years, the genocide project will be over and there will be no Aborigines, simple.”

This ties into the fact that our fundamental rights and responsibilities as Indigenous Peoples have never been compatible with Australia’s national interests. The most blatant example is land use. Both the Australian government and the private sector see land as a commodity to be bought, sold and exploited for monetary gain and ‘economic development’. Whereas, it is the steadfast obligation of indigenous peoples to care for and protect our traditional lands.

If then the answer is (B), what does this mean? Do we persist with slogans alone? Prior to 1788, we ran this country, a sovereign nation in our own right; comprising many hundreds of tribes, our own cultures, languages and customary laws. If we truly believe our sovereignty remains intact, we must act as a sovereign, self-governing and self-determining people. The Cuban revolutionary Che Guevara once said, “Words that do not match deeds are unimportant.”

So where do we go from here? We must organize. To organize effectively, we must first have a platform from which to do so. The initial step is to identify and assert who we are. Once we have a clear and unwavering national identity, one of our biggest problems is solved. A people must know and understand their national interest. The task of Australian colonialism is to convince us that our national interest is within the confines of Australian colonialism. The colonizer labels us ‘Aboriginal Australians’ and ‘First Australians’ because such terms keep us exactly where we are, holding onto a system that forces us to become something we’re not.

We’re Aboriginal, simple. It’s true that ‘Aboriginal’ and ‘Aborigine’ are foreign terms, finding their roots in ancient Italy (in the Latin language, ab means “from” and origine translates to “earliest beginning or lineage”). ‘Indigenous’ and ‘First Nations’ are also foreign terms. Unlike the Māori of Aotearoa, we do not have a traditional word for our people collectively. For simplicity’s sake, and for practical purposes, the APG uses the term ‘Aboriginal nation’ when referring to our people collectively as a politically and culturally distinct group native to this country. Identifying in this way is not to diminish our diverse tribal identities–far from it. The whole is nothing without the parts, hence why I’m Nyaywana first and foremost. Nyaywana is the core of my identity as an Aboriginal person – my family, my history, my language, and my connection to country. But there is substance behind the saying “strength in unity”. Trade, ceremony and songlines have connected our tribes since time immemorial. From the frontier wars to the lands rights movement, our fight against colonization has only reinforced this bond. Looking forward, a united Aboriginal front will be vital. Let’s not get waylaid with semantics.

Like the Palestinians, Aborigines are an occupied people. Like Israel, Australia is an illegal settler state occupying another people’s land by force. Once we realize these truths, our whole outlook changes – ‘Australia’ is no longer our point of reference in any shape or form.