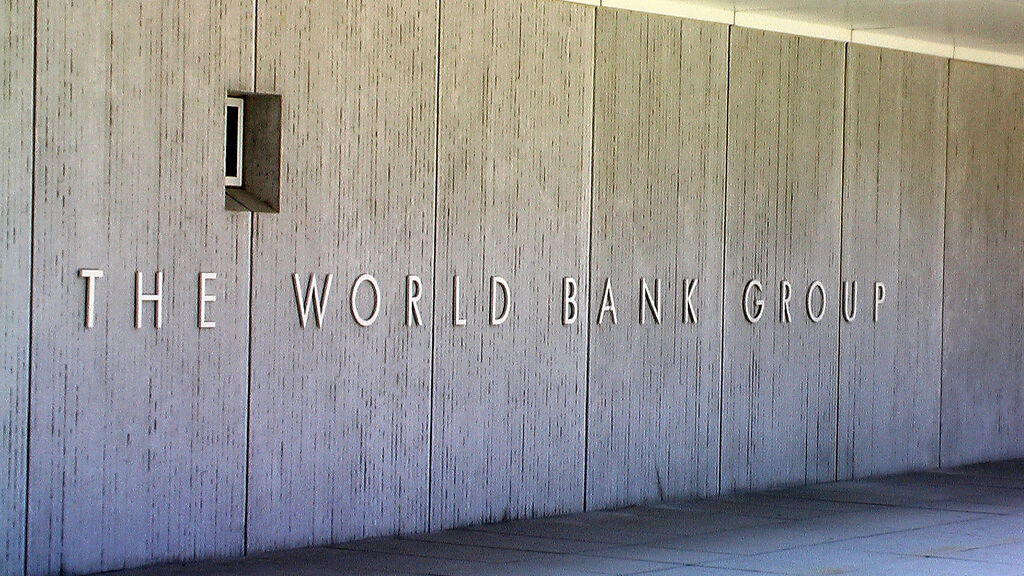 There are many within World Bank staff and management who see Indigenous peoples as obstacles to development.
Photo by D.F. Shapinsky/pingnews (flickr). Some Rights Reserved
Support our journalism. Become a Patron!

While recent years have shown a steady advancement in recognition of the rights of Indigenous Peoples, last week the World Bank adopted a new policy framework that threatens to undermine this progress and put Indigenous communities at risk.

In 2012 when the World Bank began a review and update of its suite of environmental and social safeguard policies, there was a hope that the Indigenous Peoples Policy, which dates back to 2005, would be strengthened to provide greater protection and to incorporate advances in the understanding of Indigenous rights – namely, the 2007 adoption of the United Nations Declaration on the Rights of Indigenous Peoples.

But optimism quickly unravelled as an entrenched battle took shape.

First, a few countries which had rarely been vocal on policy issues began to call into question the very existence of the Indigenous Peoples Policy. Kenya, Ethiopia and Tanzania argued that a policy on “Indigenous Peoples” is inappropriate for Africa, goes against national constitutions, and creates ethnic strife. This is despite the fact that the policy provides for the use of alternative locally appropriate terminology, such as “hill tribes” or “ethnic minorities,” and no evidence has been shown that it has ever exacerbated conflict. African regional jurisprudence and many countries’ national constitutions explicitly recognize Indigenous Peoples’ rights, and in fact, it is when these rights aren’t respected, that conflict arises.

In the first draft of the new policy, Bank staff included a new requirement for free, prior, and informed consent (FPIC) in certain situations, but also an “opt-out” wherein countries could petition to be exempted from the entire policy if they were concerned that applying the policy would risk exacerbating ethnic tension or be inconsistent with their national constitution.

A separate and larger bloc of countries, including India and Brazil, raised objections to the new FPIC requirements, despite the fact that these same countries supported the adoption of the U.N. Declaration on the Rights of Indigenous Peoples, which includes the principles of FPIC, and the fact that the World Bank’s private sector arm, the International Finance Corporation, has had an FPIC requirement since 2011.

The retreat from Indigenous rights

So what can explain this bizarre retreat on Indigenous rights?

First, in some cases, the ministries of finance or foreign affairs who generally have jurisdiction over Bank matters often don’t meaningfully engage other government agencies, and may take positions that are ill-informed or out of sync with national policy.

More importantly however, the countries pushing to undermine Indigenous rights protections at the Bank have in recent years shown an eagerness to trample the rights of Indigenous Peoples in order to facilitate development projects.

In Kenya, the Kenyan Wildlife Service set fire to the homes of the Sengwer under the guise of a World Bank-financed conservation programme. In Ethiopia, a Bank-financed government support program was linked to a “villagization” project which forcibly evicted 70,000 Indigenous people from the Gambella region. In Brazil, Indigenous communities opposing hydropower projects are finding their lives at risk, while in India, the government has proposed to roll-back consent requirements for development projects impacting forest-dependent Indigenous communities.

It’s not such a surprise that these governments would rather not have to apply a policy that requires respect for Indigenous Peoples’ land and resource rights. In the summary of the Bank’s consultation with the Kenyan government, a Kenyan government official is cited as stating that “there is need to emphasis participatory consultation rather than consent as this [new consent] approach may contribute to lack of development especially in cases where there needs to be forced evictions of [Indigenous Peoples] who dwell in forests.”

This lack of good faith was also demonstrated when the Bank falsely reported the outcome of an expert group meeting of several African governments and U.N. and other Indigenous rights experts as “broad acceptance” of the proposition that free, prior and informed consent be operationalized as the weaker formulation of “broad community support.” UN Indigenous rights experts later clarified that there was no such “broad acceptance” expressed by participants and urged the Bank to revise the summary and to hold a dialogue with Indigenous Peoples’ representatives before making a final decision on the safeguards.

Neither step was taken.

While the new policy introduces important concepts – such as recognition of Indigenous pastoralists, protection for Indigenous Peoples in voluntary isolation, and free, prior, informed consent, it also rolls-back several critical existing protections.

Second, while the existing policy requires broad community support for any projects impacting Indigenous Peoples, this was replaced with a requirement for free, prior and informed consent. This should have been a welcomed advance. However, the FPIC requirement was restricted to three very narrow situations: 1) “adverse” impacts on Indigenous Peoples’ lands and territories, 2) involuntary resettlement of Indigenous Peoples, and 3) significant impacts on cultural heritage “material to the identity and/or cultural, ceremonial, or spiritual aspects of the affected [peoples/communities’] lives”. It is the government implementing the development project who would determine whether impacts are “adverse” or “material.”

Moreover, contrary to the general understanding of FPIC as a requirement to respect the outcomes of Indigenous Peoples’ independent and collective decision-making processes, the new policy defines “consent” as mere “collective support” ascertained in a “culturally appropriate” manner. This leaves room for the harmful practice wherein the Bank or Borrower government decides what constitutes support by a given indigenous community and who decides. The Bank has a history of establishing parallel decision-making structures in Indigenous communities which not only undermine Indigenous Peoples’ autonomy and self-determination, but create the potential for corruption and conflict.

The new policy also rolls back existing requirements that Indigenous Peoples benefit from commercialization of their natural resources. The new policy now only requires consideration of benefit sharing for commercialization of natural resources where those resources are “central to the identity” of the Indigenous people and would “exacerbate livelihood loss.”

The new policy leaves in place a serious problem in the existing safeguard, which allows for the breaking up of Indigenous Peoples’ collectively held lands into individual plots. This practice has time and again resulted in Indigenous Peoples losing their lands.

Finally, the new policy rolls back existing restrictions on destruction of critical natural habitats, including eliminating “areas protected by traditional local communities” from the definition of critical habitats.

Around the world, while Indigenous rights gain greater official recognition, Indigenous communities continue to see their human rights violated in the name of “development,” and urgent action is needed to turn this tide. The World Bank’s own studies show that Indigenous Peoples have consistently been left out of the benefits of development, and remain the poorest of the poor. At the same time, Bank research demonstrates how protection of Indigenous Peoples’ rights to lands, territories, and resources can be a powerful strategy for sustainable development.

The new “Indigenous Peoples/Sub-Saharan African Historically Underserved Traditional Local Communities Policy” will not be implemented for at least another year, but its influence on the standards of other international institutions, national governments and the private sector could be felt much sooner.

Over the coming months, the Bank will develop the procedures and guidelines for the Policy. It is incumbent upon Bank management and member countries to engage with Indigenous Peoples representatives in good faith and devise a policy framework that will safeguard the rights of Indigenous Peoples, not take us backward.

This article was originally published by the Third World Network