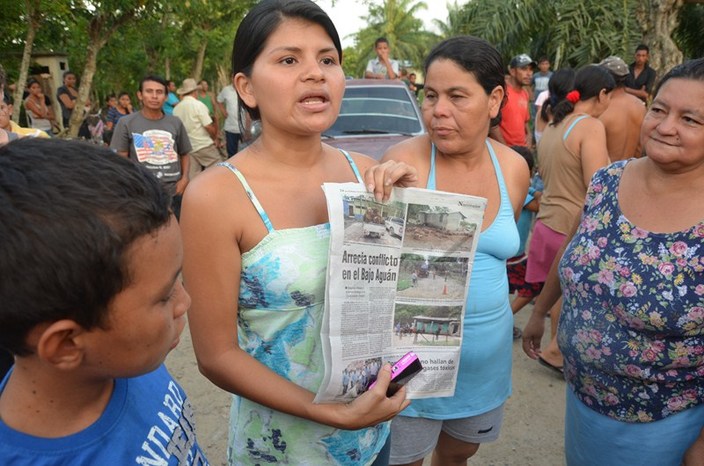 Following the January 10th release of one of the most damning investigations ever issued by the Bank’s internal watchdog, the Office of the Compliance Advisor/Ombudsman (CAO), the Bank’s private-sector lending arm the International Finance Corporation (IFC) issued an ‘action plan’ that failed to address most of the investigation’s findings.

Following widespread negative press coverage, an outcry from civil society organizations, and criticism from the Bank’s Board, the IFC today admitted errors and promised to ‘refine’ its action plan and ‘reflect on’ internal problems that led to mistakes.

Civil society groups today welcomed the IFC’s admission of its mistakes and credited the Bank’s Board for stepping in when the Bank’s management had failed to respond appropriately. However they said the IFC’s new response still falls seriously short of laying out a plan to ensure that communities’ human rights are respected in future.

The IFC’s new statement fails to promise any engagement with affected communities, fails to hold staff accountable for their mistakes, fails to give a timeline for implementation of the action plan, and does not contain concrete enough steps to address the internal institutional culture that led staff to overlook and dismiss social and environmental risks and concerns.

In response to the IFC announcement, Yoni Rivas, secretary General of the Movement of Unified Campesinos in Aguan (MUCA) and member of the Plataforma Agraria, said: “We note the work done by the CAO and that the IFC has acknowledged its errors, evident in the human rights violations of local farmers and environmental damage in the Bajo Aguan by the Dinant Corporation. We hope that the World Bank does not disburse more funds to Dinant and other international banks do not make the same mistake.”

Berta Cáceres Coordinator of the Council of Popular and Indigenous Organizations of Honduras (COPINH) said: “There is a risk that the situation of violence and impunity which exists in the Bajo Aguan will repeat itself in the future, if the World Bank does not investigate this company’s activities, nor consult indigenous communities, farmers, and Garifunas. To continue in this way will make the World Bank complicit in violations of human rights, of the life and the sovereignty of the people.”

Martin Wolpold-Bosien, Central America coordinator of FIAN International said: “It is impossible to have positive development impacts in regions such as the Bajo Aguán without understanding and addressing the human rights challenges. The IFC must carry out human rights assessments before investing in conflict-affected areas like the Bajo Aguán.”

Kris Genovese, senior researcher at the Netherlands-based Centre for Research on Multinational Corporations (SOMO) said: “While it is gratifying that IFC – belatedly and under duress-acknowledged that it made some mistakes, this response is still lacking. If IFC wants to fix its mistakes, it needs to talk with the people it harmed. Why does it never occur to the IFC to speak to the very people it seeks to benefit?”

Peter Chowla, Coordinator of the UK-based Bretton Woods Project said: “The suggestion that the IFC will ‘reflect on’ its problems is just an attempt to fob off demands for long overdue systemic reforms. The IFC already had three months since the audit to think about how to reform its organizational culture which does not respect human rights. This is clearly an institution which has lost its way and now needs an independent investigation of the underlying systemic reasons for the repeated and serious failures to adhere to standards by IFC staff.”

The CAO investigation found that the IFC failed to adhere to its own policies meant to protect local communities; either failed to spot the serious social, political and human rights context in which this company is operating or where it did, failed to act effectively on the information; failed to disclose vital project information, consult with local communities, or to identify the project as a high-risk investment. The CAO found that these failures arose, in part, from staff incentives “to overlook, fail to articulate, or even conceal potential environmental, social and conflict risk” and that staff felt pressured to “get money out the door” and discouraged from “making waves”.

In response to the CAO report, 70 CSO have requested the suspension of any further disbursements to Corporación Dinant, including the pending second $15 million tranche, and that the IFC does not resuming funding until a) the material and intellectual authors of the crimes and human rights violations committed against organised peasants and their supporters in the Aguán Valley have been brought to justice. If Dinant is found to be responsible for any of these crimes and human rights violations, then the IFC should terminate its relationship with Dinant immediately; and b) a comprehensive, just, peaceful and sustainable resolution is provided to the conflicts over land between the Corporación Dinant, the state of Honduras and the local peasants’ movements.

The CAO investigation centers on a $30 million loan to palm oil and food company Corporación Dinant by the IFC. The expansion of palm oil plantations in the Aguán Valley has long been associated with extensive abuses, including the killing, kidnapping and forced eviction of farmers. The CAO cites allegations that members of peasant associations in the Aguán Valley have been murdered in the last four years, many of these associated with Dinant property or its security guards. The CAO however notes Dinant’s position that the killings of peasants reported in the Aguán are either unconnected to Dinant and its security personnel, or involve acts of legitimate self-defense on behalf its security personnel.