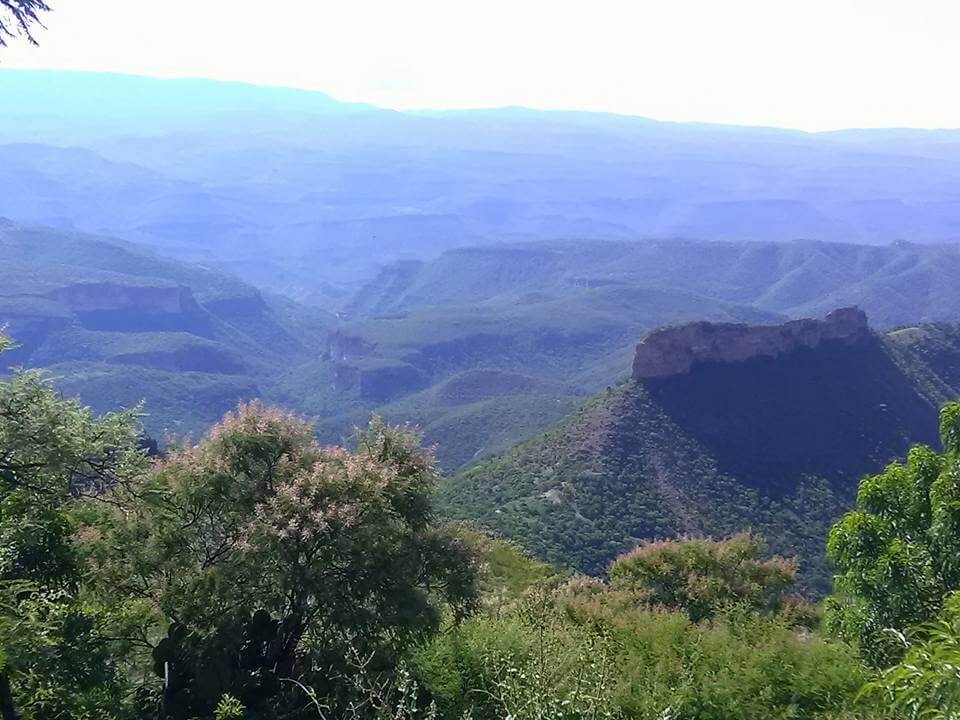 An Indigenous community gears up to take back their land from Mexican ranchers
The Wixárika community of San Sebastian Teponahuaxtlán or Wuaut+a is preparing to send 1,000 members to the remote Nayarit community of Huajimic to take back from the ranchers lands that the courts have ruled belong to the Wixárika. Photo from Facebook/San Sebastian Teponahuaxtlán.
Support our journalism. Become a Patron!

A contingent of at least 1,000 indigenous Wixárika (Huichol) people in the Western Sierra Madre are gearing up to take back their lands after a legal decision in a decade-long land dispute with neighboring ranchers who have held the land for more than a century.

Ranchers who have been in possession of the 10,000 hectares in question for generations say the seizure is unlawful and that they will not hand over the land — setting the scene for a showdown that observers fear may end in violence.

Leaders of the Wixárika community of San Sebastian Teponahuaxtlán have announced their plans to accompany the authorities of the federal agricultural tribunal to carry out an enforcement action on the first parcel, a 184-hectare ranch in the state of Nayarit, on Sept. 22, and called on state and federal law enforcement officials to send police forces to prevent a conflict. Until the time of publication, neither the Nayarit nor the federal authorities had agreed to send police to maintain order, so both parties are hoping for the best but preparing for the worst. 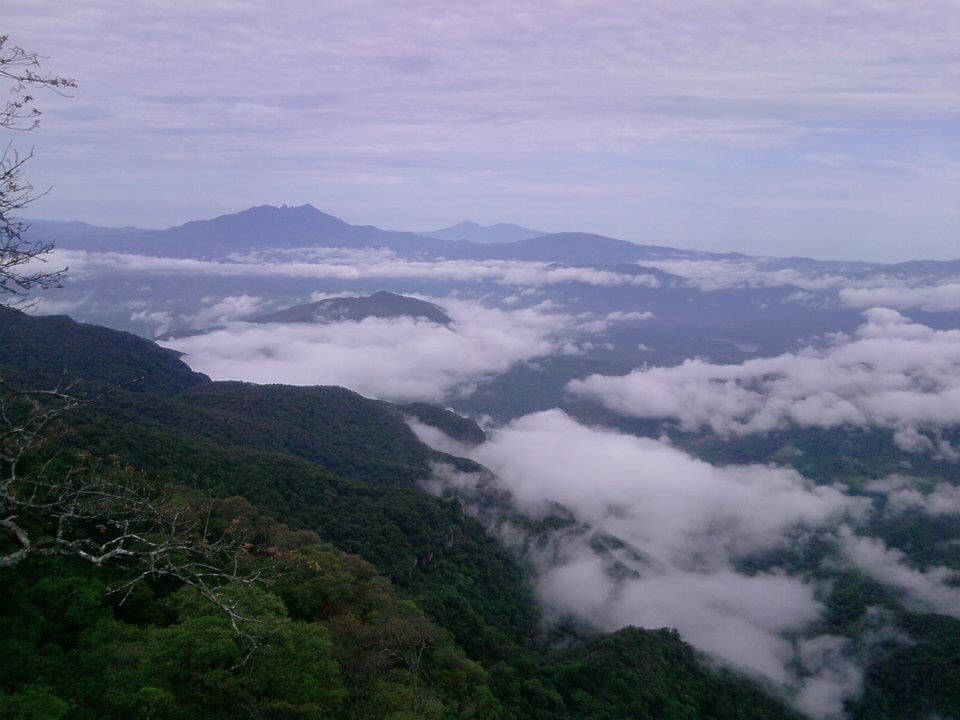 The Nayarit community of Huajimic in the municipality of La Yesca has a long tradition of ranching. Ranchers of Huajimic have titles to their land that date to 1906, but the courts have ruled that the Wixarika land claims go back to the Spanish land grant of 1717. Photo from Facebook/Huajmic, Nayarit.

“We’re hoping they’ll accept the decision which is now law: that they lost the trial. They had the opportunity to legally prove that they really had the documentation and they didn’t have it,” said Miguel Vázquez Torres, president of the communal lands commission of San Sebastian. He is aware of the potential for violence, he said, “but the community is not going to sit with its hands crossed. We are prepared.”

Ranchers have titles to the land that go back to the early 1900s  — but San Sebastian has the original grant from the Spanish crown that dates to 1717, and is backed by a 1953 presidential resolution. In all, 10,000 hectares is at stake, for a total of 47 different claims. The agrarian court has ruled in favor of San Sebastian in 13 of those cases; the remainder are still in process.

Rosa Carmen Dominguez Macarty, an attorney representing some of the ranchers of Huajimic, disputes the version presented by Wixarika attorneys, saying that only two of the sentences are definitive, and that all the rest are still under appeal. The ranchers are appealing the 1953 presidential resolution, saying it is based on a document that is invalid.

“It’s a social injustice,” she said. “These are very simple people; they are fathers, they are mothers who work the land themselves, and that’s how they support their families. It would be really sad if through the government’s disregard, something unpleasant were to happen.”

Vázquez said that two families who have no land have already been granted permission by the community assembly to establish homesteads on the parcel and that the assembly plans to send a rotating contingent of community residents to stand guard for several months — “as long as it’s necessary so that the families can feel safe and comfortable.” The long-term plan, he said, is to establish another settlement in the area, as San Sebastian’s existing towns are becoming overcrowded.

Dominguez argued that the local inhabitants have worked the land for generations and turned it into a highly productive area. Local residents suspect the Huicholes have another ulterior motive for taking back the land, which they have never worked: to exploit the mineral deposits that supposedly lie beneath. 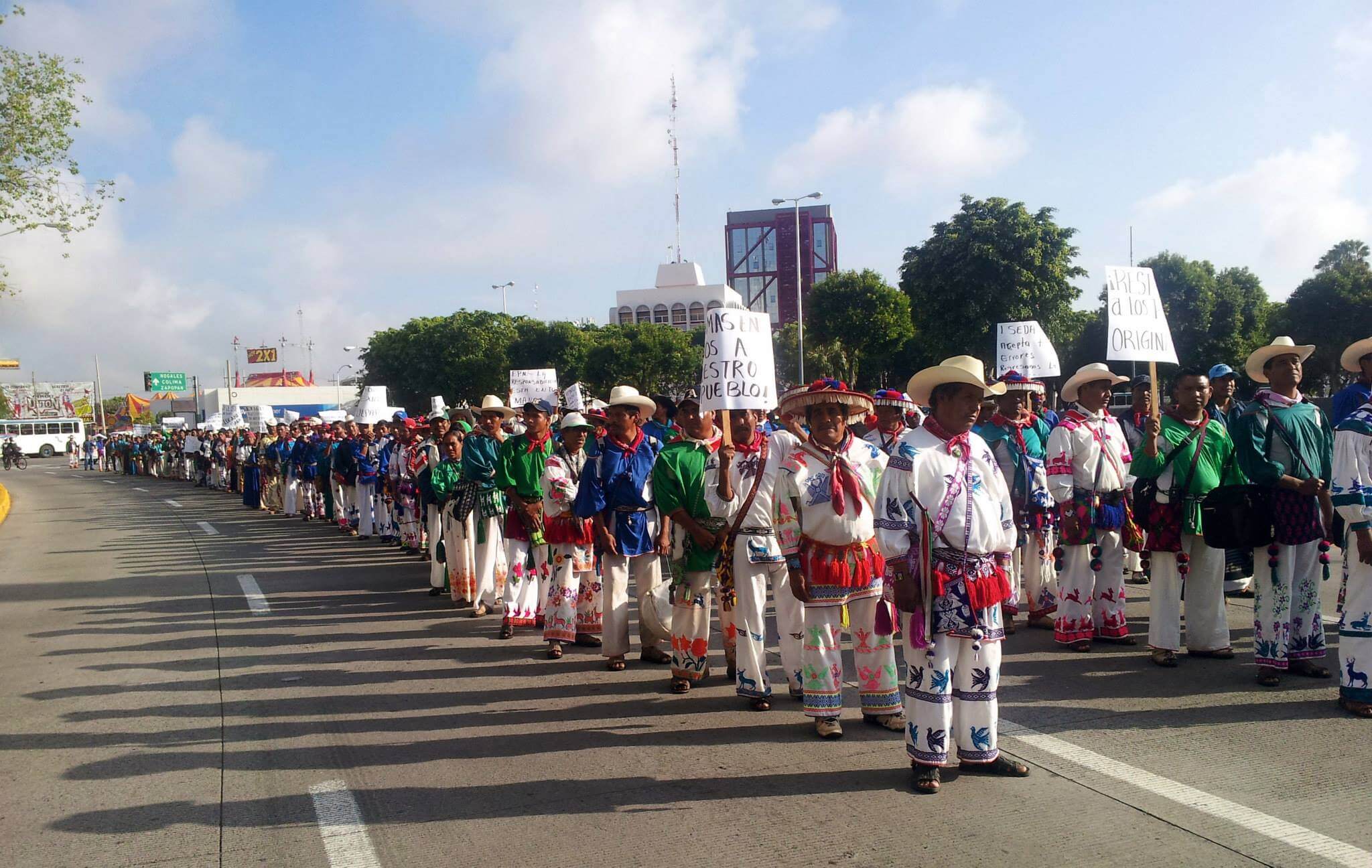 Members of the Wixarika community of San Sebastian Teponahuaxtlán protesting for land reform in Guadalajara in 2014. Photo from the Facebook/San Sebastian(Wuaut+a).

Complicating matters is that San Sebastian lies in the state of Jalisco, while the contested land lies in Nayarit, where the ranchers have been outspoken in their opposition to the court decision and have been organizing in resistance to the return of the land to the Wixárika.

“Jalisco vs. Nayarit: Blood will run,” screamed one headline in a Nayarit newspaper. Meanwhile, Nayarit Gov. Roberto Sandoval reportedly has sent messages of support to ranchers.

“The governor promised us that while he is in office, we would not have to turn over a single meter of land to the Huichols,” one of the landowners told local reporter Agustín Del Castillo of Milenio newspaper.

Indeed, it’s no accident that the conflict crosses state lines, according to anthropologist Paul Liffman, author of the book Huichol Territory and the Mexican Nation.

“In fact that’s the deep history of Jalisco and Nayarit,” Liffman said in a recent interview. “Nayarit was part of Jalisco, and it separated in 1917, in part for the ranchers who wanted more political autonomy and also wanted to kick out the Indians.”

During the early years of the 20th century, the government encouraged settlers to make land claims on apparently abandoned land. It was during that period that major encroachment began to occur on Wixárika land, and the courts granted titles based on the erroneous assumption (or pretext, as Liffman says) that the land was unoccupied.

Tensions have flared periodically since the land was taken but the Wixárika had no legal recourse until the government created an agrarian court system in the 1990s, said Ruben Avila Tena, the attorney representing the community of San Sebastian. Soon afterwards that community began a legal process of reclaiming its land.

Jalisco law enforcement has agreed to be present, but only up to the state line; thus far the Wixárika leadership has received no such assurances from the Nayarit authorities, nor from the federal government.

“I’m not sure what the Jalisco police can do, besides cheering them on from the other side of the border,” commented Avila Tena. “It’s actually a very worrisome situation.”

Avila said sources in the Agrarian Tribunal have told them that the Nayarit police have no intention of supporting the Wixárika on Sept. 22. Agrarian Magistrate Aldo Saul Muñoz López spoke to this reporter by telephone but said he could not grant an interview by telephone, only in person in the Tribunal regional offices in Tepic, Nayarit.

“We did what corresponds to us as a federal tribunal, we notified all of the relevant authorities of Nayarit. If they don’t respond, it’s something that escapes my authority,” said Muñoz López, but would not give further information by phone.

Liffman likened the current conflict in San Sebastian with one that arose in the 1950s under the Huichol leader Pedro de Haro. Haro built a movement that ultimately procured the 1953 presidential resolution confirming that San Sebastian was the legal owner of the land. But as in the present case, the government didn’t provide any enforcement mechanism, and the local residents refused to give up the land. A band of armed Huichols took the matter into their own hands and marched to the Canyon of Camotlán, where they reportedly burned down a farm, drove out local residents and reclaimed the land. 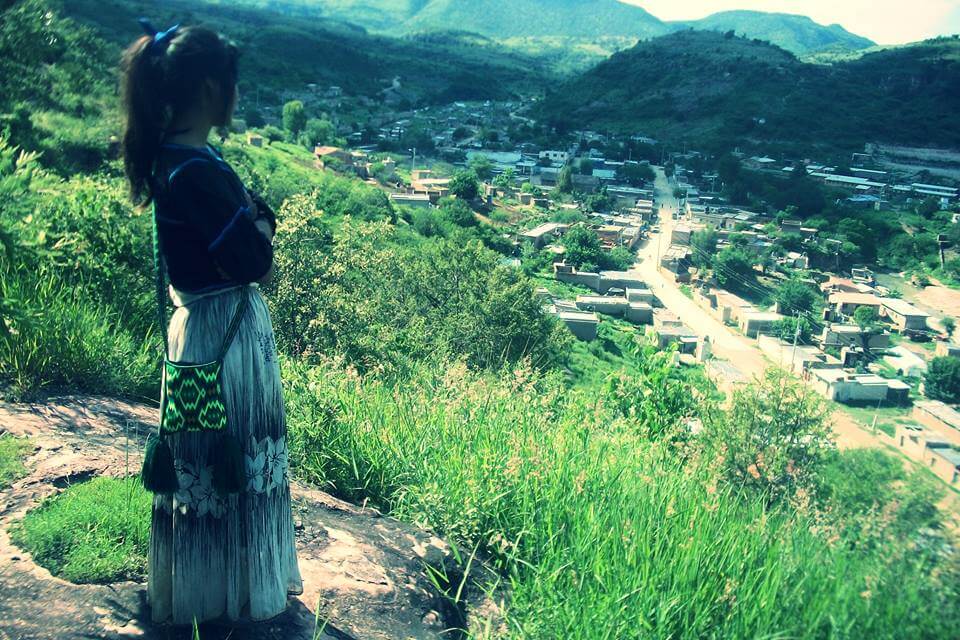 Photo from the Facebook pages of the community of San Sebastian(Wuaut+a).

Santos de la Cruz Carrillo, a Wixárika leader and also an attorney on San Sebastian’s legal team, said the community has been urging the federal authorities to attend to this case for five years under a program that would offer financial compensation to the current landholders.

“It’s been five years since the community of San Sebastian asked the federal government to attend to this situation, to support the landholders with compensation”, said de la Cruz. “But the ranchers showed no interest in the compensation; they always said they want the land, so the community chose to take possession.”

Finally, in a meeting in March of this year, an official with that program told San Sebastian authorities that there was no money to pay restitution to the ranchers. That’s when they made the decision to move ahead with the process of retaking the lands, said Avila.

The Wixárika authorities have done everything in their power to seek compensation for the ranchers in the hope that a conflict could be avoided, said Avila. “This case was decided in their favor more than two years ago,” he stressed. “The community didn’t want it to be enforced like this, they were trying to get the federal government to indemnify the landholders. When they couldn’t do that anymore, they said, it can’t be helped, we will have to ask the tribunal to enforce the law.”

Liffman warned that the situation was not to be taken lightly; the area has changed radically since the times of Pedro de Haro, he said, with a significant amount of drug production now occurring throughout the territory.

“The region has become much more heavily armed,” he said. “San Sebastian has been the most violently disputed area in the sierra over the past several years…. it’s big-scale transnational narcos now, it’s not just some ranchers with pistols on their belts. So if it does come to that, it could be a bloodbath.”