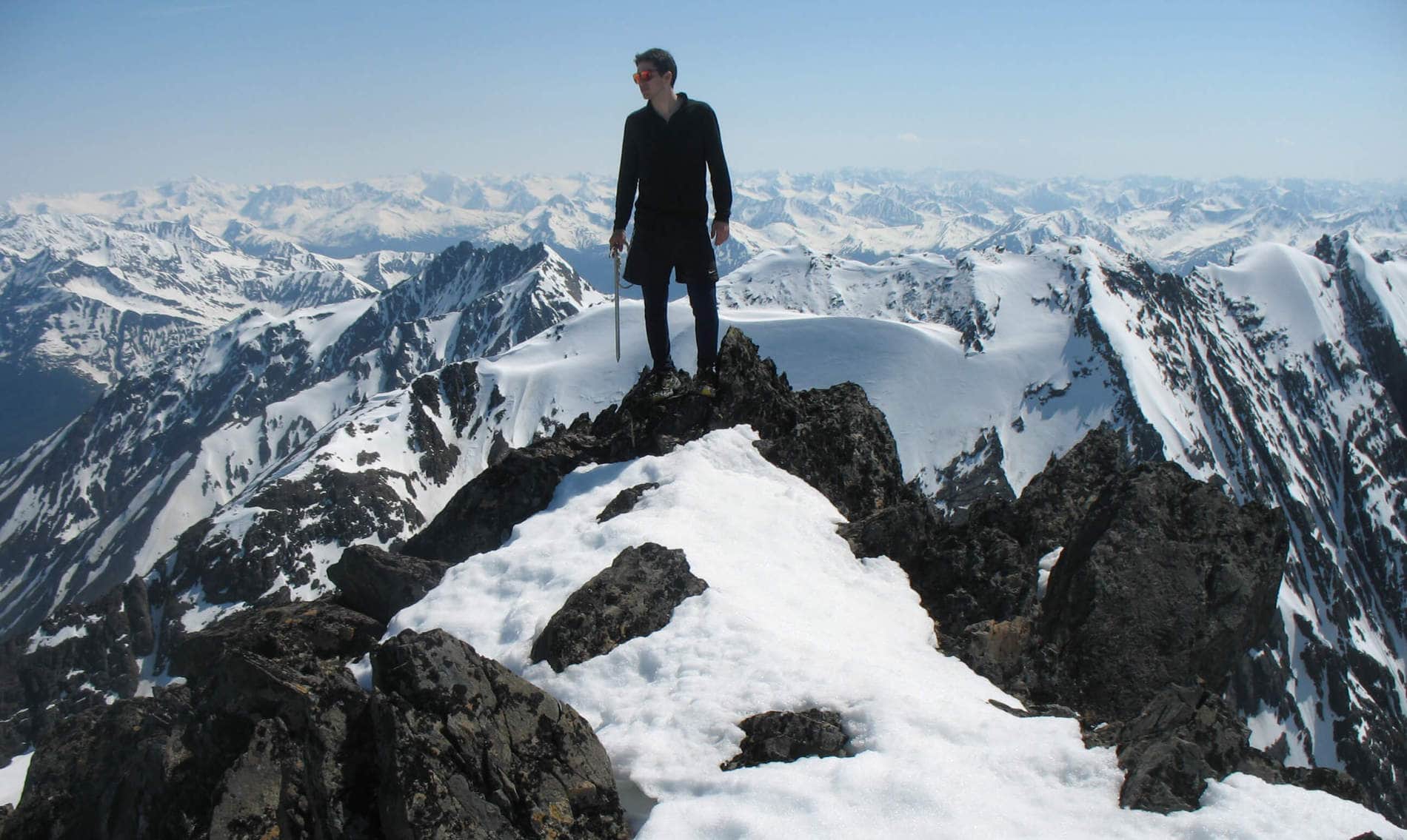 When conservation provides a cover for anti-Indigenous sentiments

A nation of laws cannot exist on stolen land
A hiker in Alaska climbs Crow Peak in the Chugach Mountains. Paxson Woelber/Flickr (CC)
Support our journalism. Become a Patron!

It was fun to watch Christopher Solomon try to grapple with public lands, conservation and Indigenous people all at the same time last week in the Washington Post. What a wreck he made of the material. It appeared that Solomon was working overtime in “The big Alaskan land giveaway tucked into a sweeping conservation bill” to make sure the lands of the Last Frontier remain Alaska-Native-free. But he is far from alone in espousing these beliefs; in many conservation circles, it’s gospel.

In a perspective piece on the Natural Resources Management Act of 2019, a “wide-reaching” public-lands and natural resources legislation law currently working its way to the president’s desk, Solomon writes: “The act contains language that would hand over nearly a half-million acres of federal lands in Alaska — your land and mine — to private hands.”

The subject of Solomon’s ire, Section 1119, would allow Alaska Native Vietnam veterans the opportunity to claim up to 160 acres of federal land in Alaska — land that has been continually inhabited by Indigenous people. It was colonized in the 1700s and then sold to the United States by Russia in 1867.

Solomon argues that transferring public lands (“your land and mine”) to Indigenous people could lead to energy development or prevent sportsman, hunters and those who truly love the land from having access to it. In other words, giving land back to Alaska Natives will surely spell doom and destruction.

Solomon makes the argument that the Alaska Native Claims Settlement Act of 1971, supplemented by amendments in the 1990s, has already provided land and cash to Indigenous people. He does his best to speak for the land and protect it from those that could do it harm. But his willingness to ignore a history of land theft, genocide, political disenfranchisement and the persistent marginalization of Native peoples suggests that conservation journalists like Solomon are more invested in American imperialism than in notions of justice.

Most of the United States’ public lands gained their status through the nation’s history of genocide and the betrayal of those lands’ original inhabitants. The breaking of treaties — the most agreeable form of such duplicity — typically elicits sad head-shakes from most Americans. Such apathy, whether from those who support conservation or those who support development, leaves Indigenous people in a kind of due-process limbo. The taking of the Black Hills of South Dakota provides a window into this history.

After the Black Hills War of 1876, the United States broke the law by violating the Treaty of Fort Laramie and took control of the Black Hills. In 1980, the U.S. Supreme Court confirmed as much and ruled that the United States had illegally taken the land from the Sioux Nation. In 2012, the United Nations Special Rapporteur on the Rights of Indigenous Peoples called on the U.S. to return the land to its rightful owners. The Black Hills area — now home to a national forest, national park and memorial — represents just one portion of the 640 million acres of public land Solomon calls “your land and mine.” Few in the conservation community have come to call for those lands to be returned to their original owners, as the law requires.

“The American people together own 640 million acres of North America,” Solomon wrote in the Washington Post. “Public land is one of America’s great ideas. When public land becomes private land, we are less for it.”

To deny the established facts of land theft and genocide is to engage in something like Holocaust denial. Likewise, perpetuating stereotypes of irresponsible, money-grubbing Indians — hinting that if they were left in charge, they would likely destroy the land — is an assault on human dignity with deep roots in racism. This is how settler-colonialism works. In the process, it makes accomplices of citizens and unites non-Indigenous people in a common goal.

The myth of the “unsettled West” — the idea that history in the United States, and conservation for that matter, began with white settlement — pervades conversations and reporting on public lands. And when Indigenous people are brought into the equation, the old excuse “They lost the war” or some other euphemism is employed to explain away Indigenous rights and land claims. That phrase was most recently deployed by Sagebrush Rebel Cliven Bundy and advanced by anti-Indian hate groups like the Citizens Equal Rights Alliance. It’s here, where anti-Indigenous sentiments make land theft acceptable and justice unattainable, that many public-lands advocates converge with the far right. From John Muir to Christopher Solomon, conservation thinkers make one thing clear: Indigenous people have no place here.

In Alaska, the Natural Resources Management Act of 2019 may offer some justice in the way of land repatriation to Alaska Native veterans in the form of land allotments — a bare minimum, considering the history of the United States. But perhaps more importantly, it lays bare a truth that journalists like Solomon refuse to see: That a nation of laws cannot exist on stolen land.

Tristan Ahtone is a member of the Kiowa Tribe and associate editor of the High Country News tribal affairs desk @Tahtone.

This article was originally published by our media partner, High Country News. It has been re-published with permission.