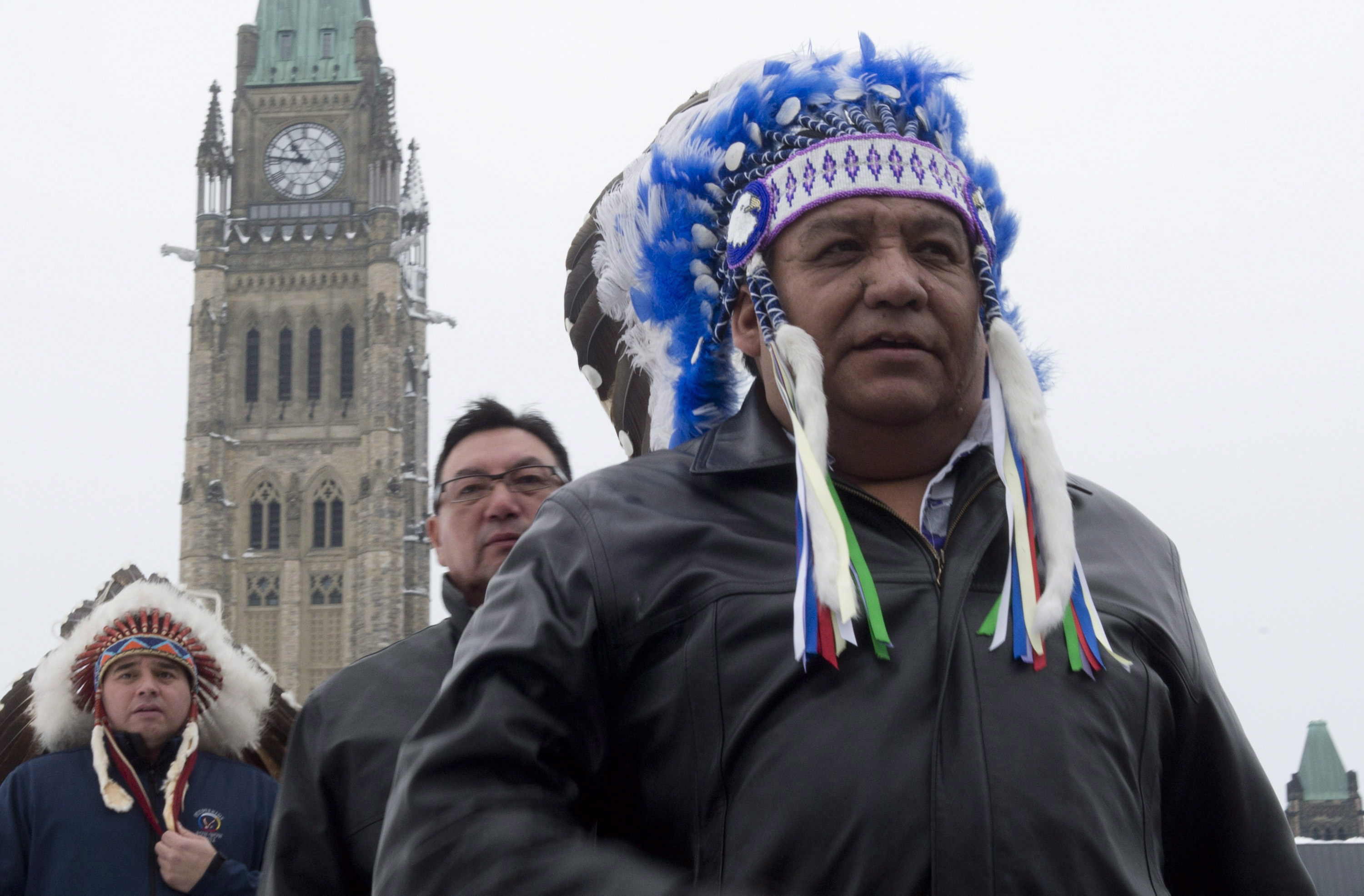 What the Supreme Court ruling means for Indigenous consultation

Steve Courtoreille, chief of the Mikisew Cree First Nation, is seen on Parliament Hill in January 2013 after speaking about legal action against the federal government. The Supreme Court of Canada has ruled against the First Nation. THE CANADIAN PRESS/Adrian Wyld
Support our journalism. Become a Patron!

Must governments in Canada consult with Indigenous communities prior to adopting legislation that could affect their rights?

The Supreme Court of Canada’s decision in the Mikisew Cree case is a perfect example of a situation where the headlines and the trend lines differ in important ways.

The headlines suggest the Mikisew Cree lost and that the Supreme Court of Canada has ruled that there is no obligation by governments to carry out the formal legal duty to consult with Indigenous communities before passing a law.

The duty to consult has been in the news a lot in recent years.

While there are some complexities, the rules basically require governments to consult with Indigenous communities proactively before making administrative decisions that could affect their rights. In one sense, the recent Supreme Court ruling indicates that the court will not extend rules on the duty to consult to the development of legislation itself.

The court ruled against the Mikisew Cree claim that Stephen Harper’s Conservative government should have consulted on its 2012 omnibus bills C-38 and C-45 that altered federal environmental legislation. Those omnibus bills were the political trigger for Idle No More, a nationwide Indigenous protest movement.

But we need to get into the legal weeds. When we do that, we see some trend lines that are quite different from the headlines.

The Supreme Court of Canada’s decision is actually immensely complex, as the court split into four groups of judges who wrote separate reasons.

While they are all unanimous in the result, their reasons for getting there differ dramatically. All are in agreement on a technical jurisdictional point about which cases should go to the federal court system, and that leads to agreement on the result even when there are major differences in reasoning.

Seven of the nine judges agree that the technical rules known as the duty to consult doctrine do not apply to this context, with only Justices Rosalie Abella and Sheilah Martin suggesting that it should.

But three of the seven who ruled against this main claim have signed on to a judgment in which they effectively invite new litigation in future cases.

The judgment of Justice Andromache Karakatsanis, supported by Chief Justice Richard Wagner and Justice Clément Gascon, includes suggestions that different arguments about how a particular principle underlying the duty to consult — a principle called “honour of the Crown” — might still affect the legislation-making process in some other ways.

So a majority of five judges has actually indicated that they are still open to future arguments on these issues.

In a solo judgment also supported by three other judges in yet another opinion, Justice Russell Brown says:

“By raising this quixotic argument about the honour of the Crown — which neither the appellant nor any of the intervenors even thought to raise — my colleague (Justice) Karakatsanis … would cast the law into considerable uncertainty.”

In this comment, Justice Brown points out that the majority judges are not only inviting new litigation, but actually crafting potential arguments for litigants to use.

What’s it all mean?

It signifies that the trend lines of the Supreme Court decision diverge from the headlines. While it’s accurate for the media to report that the Mikisew Cree lost on their claim, the underlying developments in the case suggest that these issues are far from resolved.

Complex questions remain regarding whether the traditional parliamentary legislative process needs to change in order to honour Canada’s commitments to Indigenous rights.

The Justin Trudeau government has also made additional policy commitments and is in the process of adhering to provisions in the United Nations Declaration on the Rights of Indigenous Peoples (UNDRIP).

Article 19 of UNDRIP sets out an expectation of consultation with Indigenous peoples “in order to obtain their free, prior and informed consent before adopting and implementing legislative or administrative measures that may affect them.”

But even with its purported commitments to UNDRIP, the Trudeau government has not been carrying out the consultation that Article 19 would require before passing legislation.

There may yet be further developments ahead.

The adaptation of governance structures to achieve better respect for Indigenous rights is a complex process, and the Mikisew Cree decision has answered some questions — while raising many more.