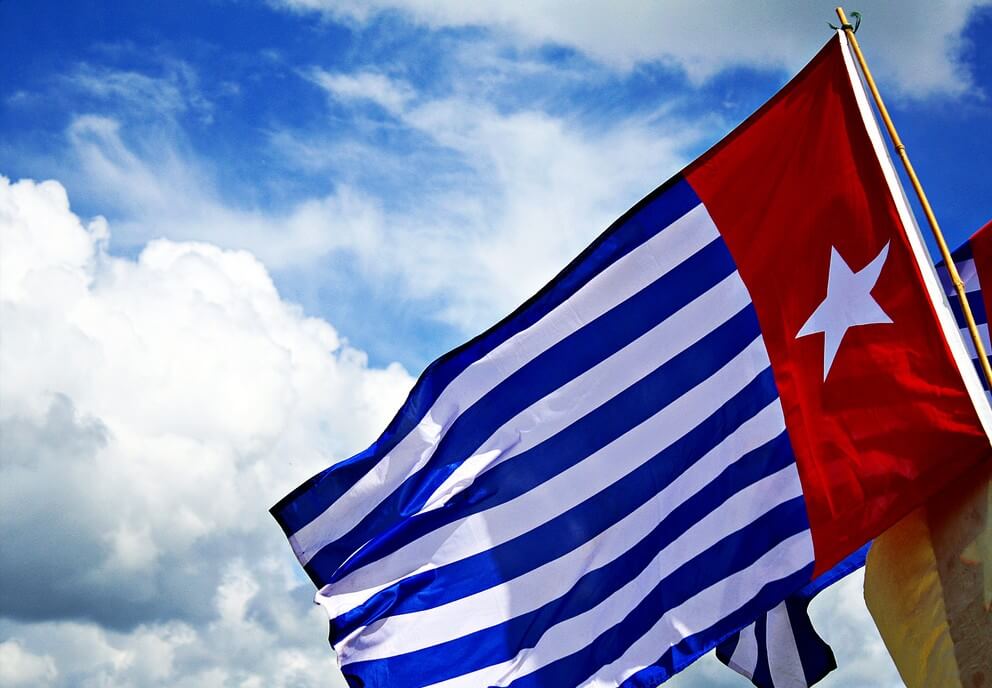 The vote at the 20th MSG Leaders summit in Honiara, Solomon Islands was a mixed blessing for the West Papuans. While the Leader’s Summit could have opted for full inclusion of the United Liberation Movement for West Papua (ULMWP), it also could have opted for complete exclusion, a move that could have proved disastrous for the West Papuan liberation movement. ULMWP Secretary General, Octovianus Mote said that “Despite not getting full membership we welcome the decision of the leaders as it our first step to full political recognition.”

As a member of the MSG with observer status ULMWP sits on the inside of the organization alongside Indonesia, and is seen as an historic step toward addressing the human rights atrocities committed against West Papuans by the Indonesian army.

West Papua has been subjected to a brutal repression by the Indonesians since 1962. Prior to that, the island of New Guinea (the eastern half now known as Papua New Guinea and the western half now known as West Papua) as well as Indonesia had been Dutch colonies until Indonesia’s own war of independence in 1949. Plans were made by the Dutch to prepare for withdrawal in the 1950’s, including plans for West Papua to revert to indigenous rule by 1972.

Despite a West Papuan congress on independence in 1961 and the raising of the national “Morning Star” flag, Indonesia had claimed New Guinea as part of its territory. A United Nations intervention resulted in the New York Agreement in 1962 which placed the territory in UN trusteeship (without consent of the population) and required that West Papuans hold an independence vote under UN supervision.

By the time the vote was conducted in 1969 the Indonesian military had handpicked 1,026 representatives to vote on behalf of the entire population. Having been threatened with the death of their families the vote was unanimous for Indonesian rule. The so-called “Act of Free Choice” is known to this day by indigenous West Papuans as the “act of no choice.”

When the West Papuans were making plans for independence in 1961, unbeknownst to either they or the Dutch, then-Indonesian army general Suharto was negotiating a mining deal with the American mining company Freeport-McMoRan Copper and Gold. Subsequent discoveries resulted in the notorious Grasberg mine—one of the largest reserves of copper and gold in the world—and is today at the center of the conflict between Indonesia and West Papua.

The Free West Papua Movement claims that over 500,000 civilian West Papuans have been killed to date.

The MSG victory precedes by a few days the seventeenth anniversary of the July 6, 1998 Biak Massacre in which independence demonstrators were fired upon by the Indonesian army. About 200 were subsequently forced aboard an Indonesian vessel and dumped into the ocean.

A Biak Massacre Citizens Tribunal held in 2013 alleged a cover-up by the Australian government for the purpose of not offending the Indonesians in the aftermath of the overthrow of the Suharto dictatorship.

West Papua’s bid for entry into the MSG saw a violent crackdown by the Indonesian army. On May 28, 2015 up to 82 West Papuans were jailed and tortured for their public support of MSG membership. More were fired on and beat with gun butts. The week before another 84 were arrested for the same reasons.

The Melanesian Spearhead Group was founded in 1986 to promote and strengthen trade, promote Melanesian cultures, further the economic growth of its members, sustainable development, good governance, and security. The Free West Papua movement believes that joining the MSG “Will have potentially emancipatory consequences for West Papuans, and could threaten Indonesia’s historic claim over the territory.”