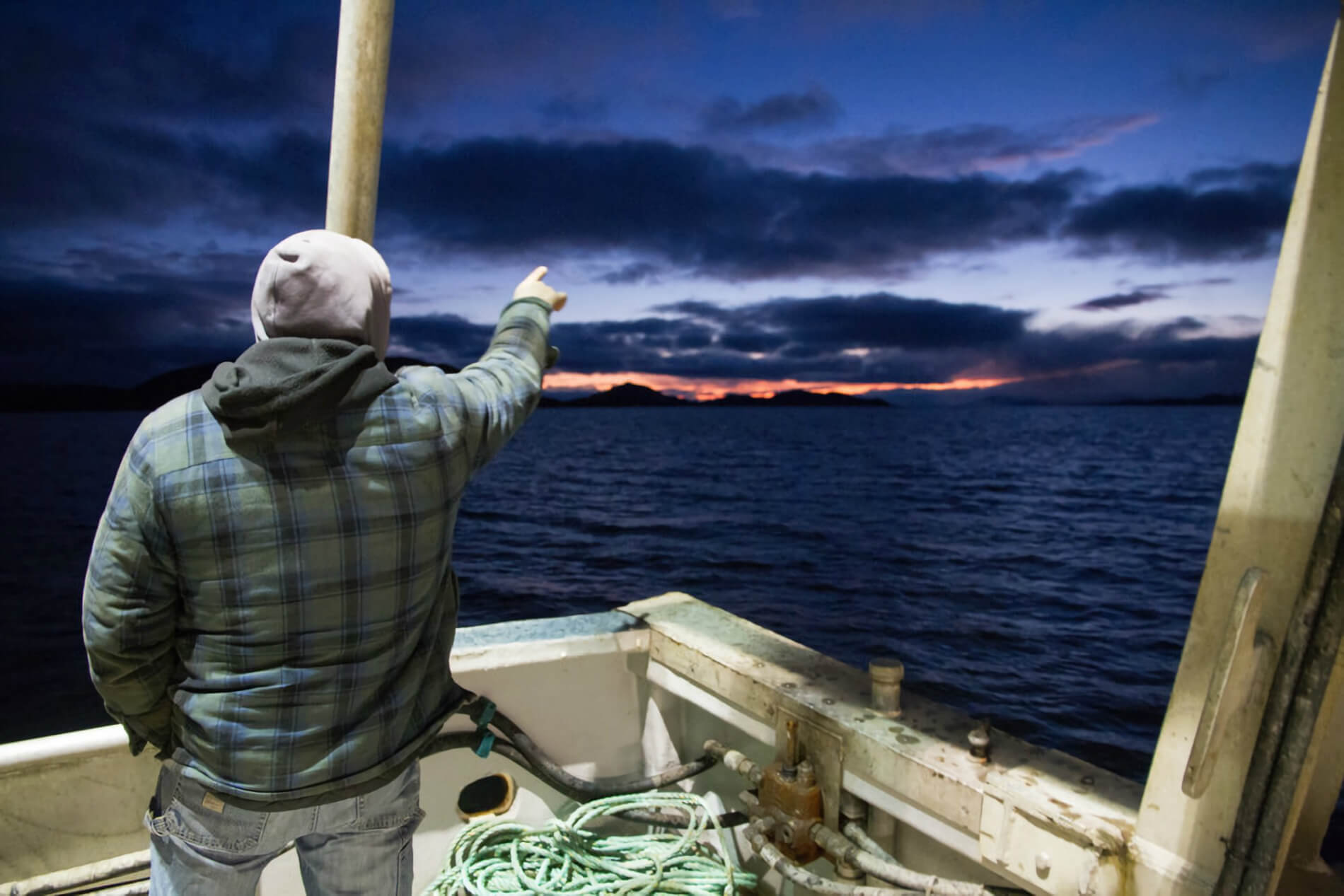 Ottawa, ON (Unceded, Unsurrendered Algonquin Territory) – In an end-of-visit statement by the United Nations Special Rapporteur on human rights and hazardous substances and wastes, Baskut Tuncak today called on the federal government to use its leverage to address concerns about lack of proper consultation with Indigenous people (especially with respect to the parameters outlined in the UN Declaration on the Rights of Indigenous Peoples (UNDRIP) as well as the impending threat of methylmercury poisoning downstream of the massive Muskrat Falls megadam in Labrador.

“I urge the Federal Government to use its leverage as the largest investor in the project to review whether UNDRIP compatible procedures were followed for all affected indigenous peoples, and to prevent the release of methyl mercury,” the Rapporteur told a news conference on Parliament Hill. The federal government backs the megaproject with $9.2 billion in loan guarantees despite well-documented concerns about dire ecological impacts and adverse affects on the lives of Indigenous people downstream. Both the Harper and Trudeau governments have supported the Muskrat Falls megadam.

During the Rapporteur’s visit to Canada, he met with Labrador Land Protectors including Nunatsiavummiuk Amy Norman and Nunatukavut elder James G Learning, along with Grand Riverkeeper’s Roberta Frampton Benefiel and the Ontario-Muskrat Solidarity Coalition’s Matthew Behrens.

They shared a brief outlining their position that “Core to any study of Muskrat Falls is an understanding that Indigenous people are disproportionately impacted by a megaproject that has never received the free, prior and informed consent of all Indigenous affected. The key project supporters – provincial crown corporation Nalcor, the federal government (which backs the megadam with $9.2 billion in federal loan guarantees), and the government of Newfoundland and Labrador – sit at negotiating tables that are grossly unequal and weighted in their favour,” adding “as with many megaprojects in Canada, federal and provincial governments have relied on their own impoverished, colonial definition of consultation at Muskrat Falls… discounting the often dissenting concerns expressed by elders, traditional title holders, and grassroots voices” instead of employing the UNDRIP’s foundational guidelines of free, prior and informed consent.

In his statement today, the Rapporteur noted that “Concerns were raised regarding the absence of meaningful consultation afforded to two affected First Nations, the risk of methyl mercury releases contaminating traditional foods and impacting health, the unaddressed risk of dam failure, and the flooding of sites containing toxic military waste. It was alleged that the vast majority of the affected community would either suffer from extreme food insecurity or be forced to eat contaminated food if the dam is constructed without proper clearance of the reservoir.”

The risk of dam failure is a major concern for those downstream of Muskrat Falls, since a large natural formation, The North Spur, composed of quick clay (which liquefies under pressure), is being relied upon to hold back a full reservoir of water. The world’s leading quick clay expert, Dr. Stig Bernander, has studied the issue and found no independent study has shown this to be feasible.

Today’s statement was a significant moment in the ongoing battle over the almost $13 billion megaproject in Labrador which its own CEO has derided as a “boondoggle.”

“The ongoing abuses at Muskrat Falls, and the threat of cultural genocide being committed against Indigenous people whose traditional country food web is set to be poisoned with a lethal neurotoxin, methylmercury, is finally on the world stage with this recognition of serious concerns expressed by the United Nations’ Rapporteur,” explains Matthew Behrens of the Ontario-Muskrat Solidarity Coalition.

“Despite years of promises, no action whatsoever has been taken to clear the reservoir of the material that will result in the bioaccumulation of methylmercury in the fish, seals, and other country food, as documented by a peer-reviewed, four-year study by Harvard University. As always, the federal and provincial governments are treating Indigenous people as a national sacrifice zone, continuing the genocide that, ironically, Trudeau visited Labrador last year to apologize for with respect to residential schools.”

“So many people downstream of Muskrat Falls rely on country food for their diet, and with Harvard University clearly showing that this food web will be poisoned with the neurotoxin methylmercury, people are incredibly anxious and afraid for their future and that of their children and grandchildren,” says Nunatsiavummiuk Amy Norman.

On Monday, Labrador Land Protectors who have journeyed thousands of kilometres will address the national media at 9 am in the Parliamentary Press room 135-B (where the Rapporteur delivered his remarks today), attend a protest outside a major gathering of the International Commission of Large Dams at 10 am at the Shaw Centre, and then attempt to present a petition to Environment Minister Catherine McKenna  with over 15,000 signatures demanding she take action to halt the threat of methylmercury poisoning. They will be joined by  members of communities who for years have suffered the ill effects of similar large mega dams.

Among those who also will have traveled significant distances are a delegation from Northern Manitoba as part of the Wa Ni Ska Tan Alliance of Hydro-Impacted Communities. They want to draw attention to the devastating socio-economic, cultural and environmental impacts associated with mega-hydro and to address delegates at the ICOLD gathering. Dr. Ramona Neckoway, Chair of Aboriginal and Northern Studies at University College of the North and member of Nisichawayasihk Cree Nation (Nelson House) states that “the cumulative and extensive impacts of mega-hydro are poorly understood and are ignored by industry, governments and regulators. In northern Manitoba, many of us were born into damaged landscapes and fresh water has been sacrificed for mega-hydro. I am here to stand in solidarity with other hydro-affected communities who share similar experiences and concerns” she explains. She and other northern Manitoba Cree recently addressed the United Nations about these concerns.

“We’re fed up with what’s going on, and how we’re left out and how things are just fast-tracked in regards to our lands,” explains Carol Kobliski, also of Nisichawayasihk Cree Nation. “There’s not proper consultation, and these dams are just coming up all over the place.”

Pimicikamak Okimawin elder Rita Monias, who was arrested in a peaceful protest last fall on Parliament Hill, will be part of that delegation as well.

“We have seen major displacement, a loss of cultural knowledge, reduced access to traditional foods and medicines and far fewer opportunities to take part in our traditional economy, destruction of our burial grounds and cultural sites, the fear of eating our traditional foods because of methylmercury poisoning, injury and death due to hazardous navigation on the waters, and major changes and reductions in the wildlife whose patterns have been disrupted by the dams,” says Monias. “We cannot allow any more environmental devastation on our Mother Earth. We have to protect it.”

Notably, this week’s report of the Inquiry on Missing and Murdered Indigenous Women and Girls called for a public inquiry into another of big hydro’s ill effects: sexual assault and racism by residents of man camps at remote Manitoba facilities like the Keeyask dam.

Meanwhile, Meg Sheehan, traveling to Ottawa from New Hampshire, says she has a message for the Canadian government:  “We don’t want your dirty Canadian hydropower in the U.S. It is the equivalent of blood diamonds from Africa. There are unacceptable impacts on local communities and Indigenous rights. In the U.S. we are cutting off the markets for Canadian hydropower by stopping the seven transmission corridors planned through Maine, New Hampshire, Vermont and New York.”

This article was originally published at Homes not Bombs.