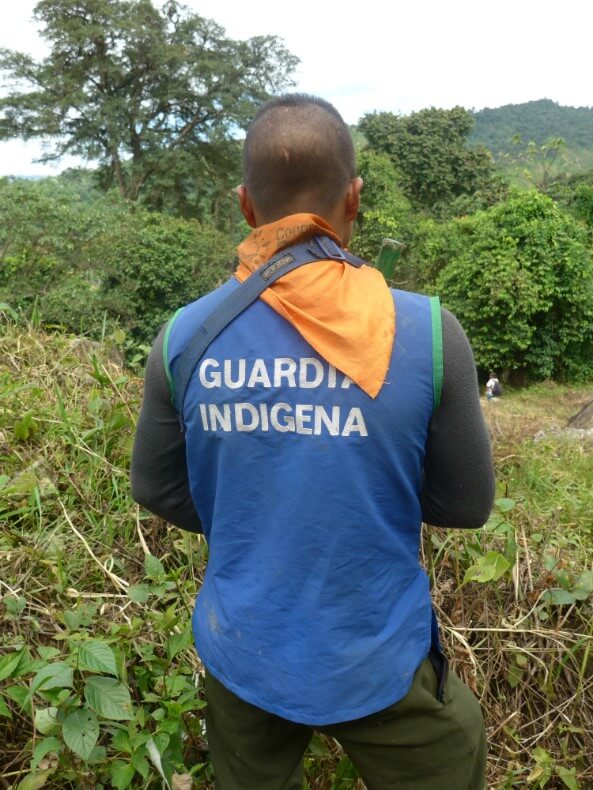 Two hundred Indigenous U’wa men, women, and children have occupied Colombian state oil company Ecopetrol’s Gibraltar I gas plant south of the Colombia-Venezuela border in Norte de Santander department, to demand that the government honour an agreement dating back to May 1, 2014.

After waiting two years for the government to follow through on the agreement, which includes full recognition of the U’wa’s ancestral territory and the clean-up of reserves affected by oil spills, the U’wa occupied the gas plant on May 31, 2016. The U’wa declared the lands were “invaded by Oxidental Colombia (sic.) and today by ECOPETROL”. 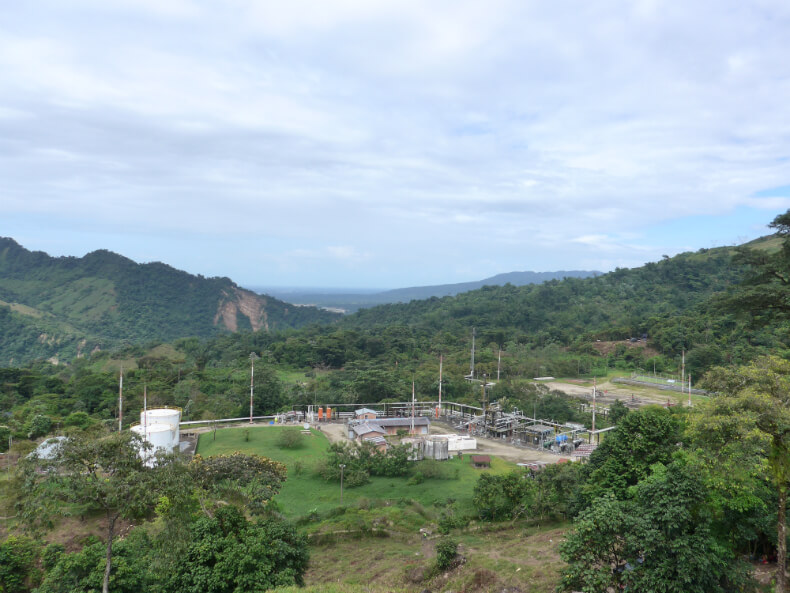 Vladimir Moreno, the President of Asou’wa, the U’wa Traditional Authorities and Councils, stated, “We are going to retake the land and arrange it for a productive project.”

The U’wa say that gas extraction in the region is altering the local climate and negatively affecting the U’wa’s health.

Mariela, an U’wa nurse taking part in the occupation, told IC, “We’re here defending our territory, as always. We’ll continue with the defense of our territory.”

“There’s a lot of pollution, lots of diseases.” Mariela continued, “Our children are getting sick with illnesses like diarrhoea and acute respiratory infections.” Apart from this, she added that there is little support for healthcare from the government. “The government basically pays no attention to us, because sometimes there is no medicine.”

Since the start of the protest, all company workers have been effectively prevented from entering. Also, yesterday afternoon, on June 13, a gas pipeline suddenly burst into flames. Discussing the event, U’wa leader Yimy Aguablanca simply stated, “The strength of our Mother Earth has provoked the rupture of the Gasoducto Transoriente conduction tube that extracts from the Gibraltar I well, located on the U’wa Nation’s Territory.” 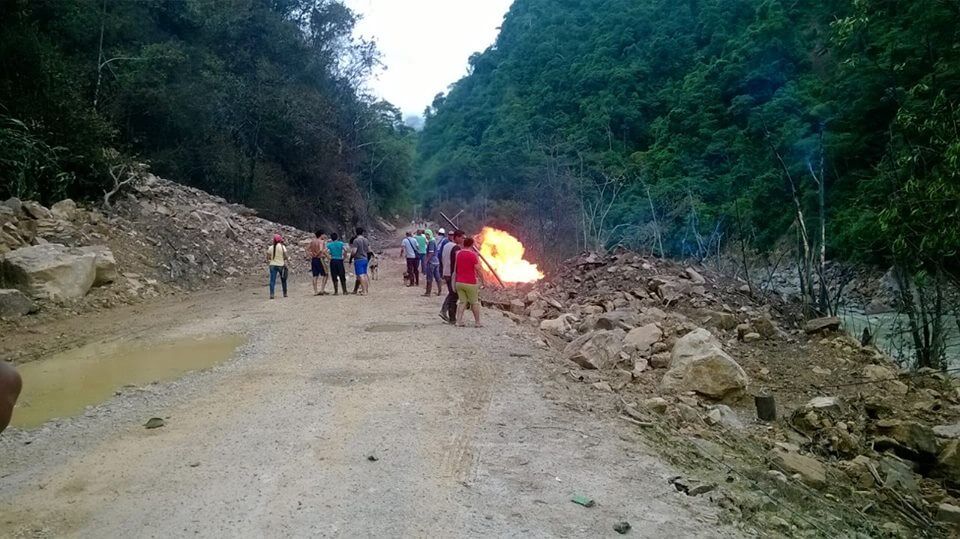 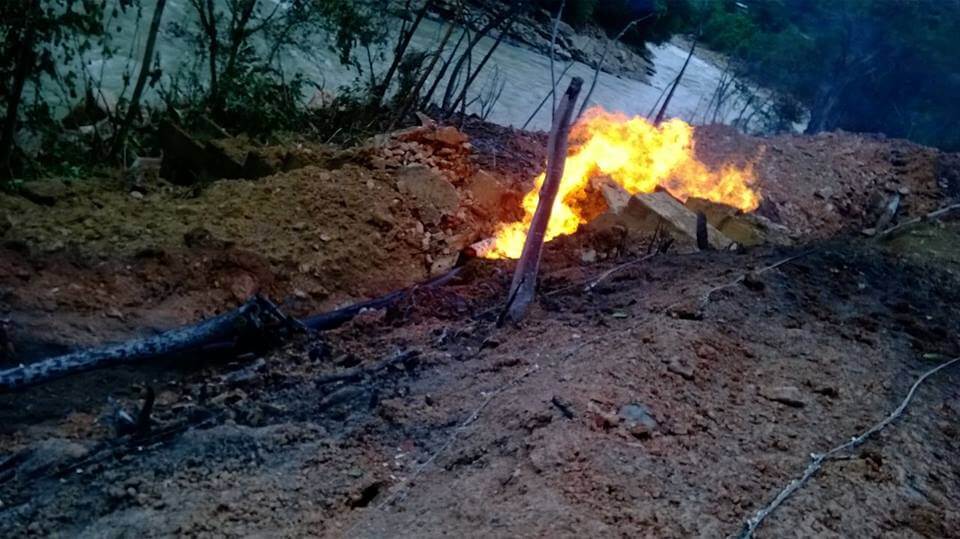 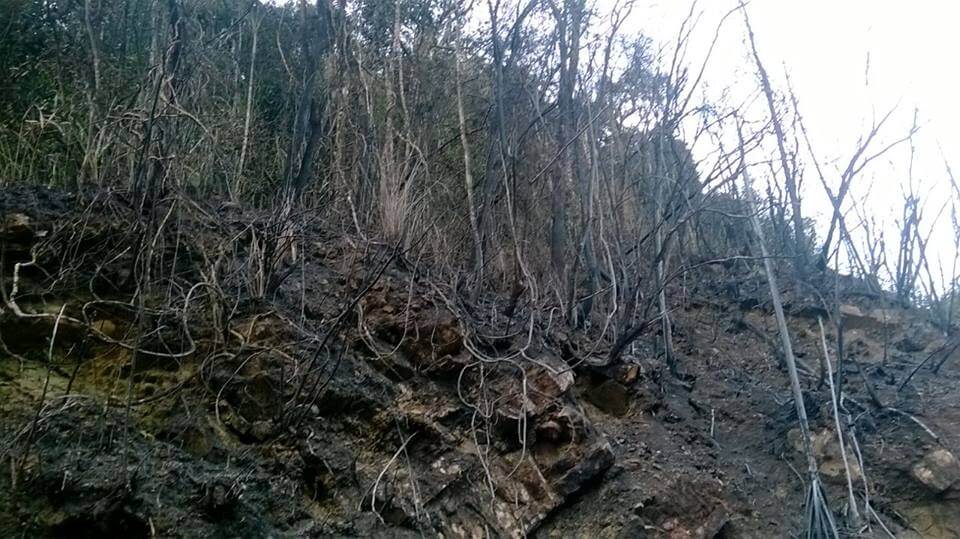 Soldiers believed to belong to the Army Energy and Highways Battalion, have been stationed at strategic points on the road leading up to the plant since the blockade began, searching vehicles that enter the area. It is yet to be seen if the Colombian government will use the ruptured pipeline as a pretext to mobilize the ESMAD riot police or its military forces to violently evict the protesters from the Gibraltar I gas site. 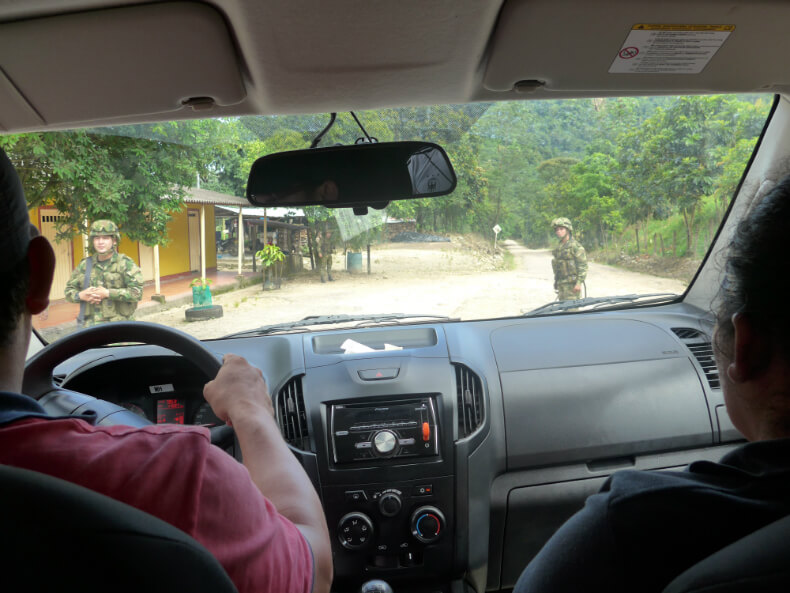 Soldiers on the road leading up to the Gibraltar I gas plant. Photo: Charlie Satow

The U’wa protest surrounding the Gibraltar I is part of a larger nationwide strike, called the Minga Agraria, that saw 100,000 people take to the streets across more than half of Colombia’s departments to challenge the government’s neoliberal model of development. The Colombian countryside has been adversely affected by a set of neoliberal policies that favour monopolies, large-scale agribusiness, and multinational mining companies, at the expense of rural farmers, Indigenous Peoples, and Afro-Colombians.

Despite the lifting of the Minga Nacional with government commitments concerning the Indigenous Guard and promises of a slightly increased share of resources for Indigenous Peoples, various U’wa communities assembled on June 13 claimed that they intend to continue with the blockade while the Indigenous Guard patrol the entrance to the site until their particular demands are met. 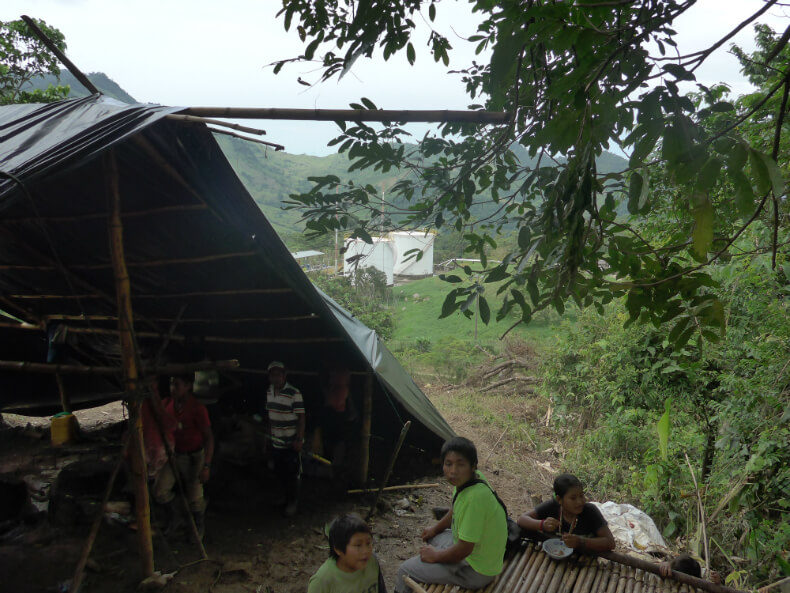 The U’wa camp just outside the Gibraltar I gas plant. Photo: Charlie Satow

In the mountains on the opposite side of U’wa territory, the U’wa are taking a stand against tourism in the Cocuy National Park for its role in negatively affecting the region’s water supplies and ecosystems. In a statement on June 13, Asou’wa confirmed that they would continue restricting access to the national park, as they have been doing since February 19. In addition to preventing any further environmental harm, the U’wa are trying to stop tourists from walking on El Cocuy Mountain, a sacred mountain they call ‘Zizuma’. Zizuma has been adversely affected by climate change, with 90% of its glacier-cover disappearing in the last 150 years.

As far as the U’wa are concerned, these protests are a struggle for life itself. With a population just barely exceeding 6000 people across seventeen communities, in 2009 Colombia’s Constitutional Court identified the U’wa as being at risk of “physical and cultural extinction”.

U’wa cosmology makes a strikingly similar point by placing great emphasis on the importance of the land and the need to protect it. As another local woman in Gibraltar, Luz Piedad, told IC: “Without territory we don’t have life…. the territory is our life.” 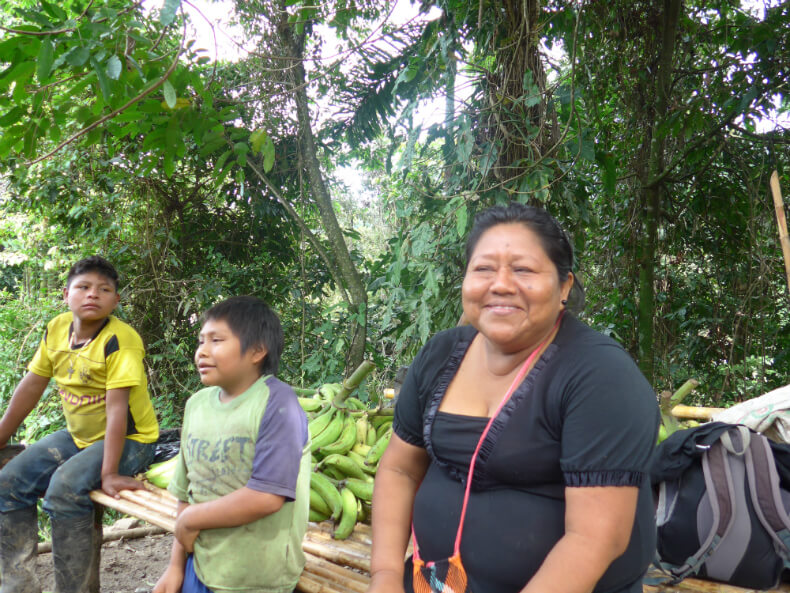 Luz Piedad says, “Without territory we don’t have life… the territory is our life.” Photo: Charlie Satow

Ecopetrol argues that the Gibraltar site falls well outside U’wa territory as legally recognized by the Colombian state. The U’wa argue, however, that the site still lies within their ancestral territory and contains several culturally sacred sites.

The U’wa also argue that oil and gas extraction in particular goes against their culture and beliefs. According to U’wa cosmology, there is no clear distinction between human beings and the rest of nature, whether it exists above or below ground. The U’wa therefore consider oil to be much more than a mere commodity. In May 2016, at the United Nations Permanent Forum on Indigenous Issues, Aura Tegría, an U’wa lawyer, stated:

“Oil, for the U’wa indigenous people, is the blood of Mother Earth. It is vital for life. And if we extract this blood, the Earth will die. For the Earth to die, is for humankind to also die.”

[easy-tweet tweet=”‘Oil, for the U’wa, is the blood of Mother Earth. It is vital for life. If we extract this blood, the Earth will die'” via=”no” usehashtags=”no” url=”https://intercontinentalcry.org/”]

Meanwhile, Luz Piedad added, “we’ve never wanted the natural resources of our territory to be exploited, because they are the life of the earth, and if they are removed then the land no longer produces.”

The U’wa people have been fighting against hydrocarbon exploration in their historical territory for the past thirty years. When the Colombian government originally recognized the U’wa reserve in the constitution, it deliberately omitted portions of the territory rich in oil reserves in order to exploit them. Since then the U’wa have had a “tense relationship” with the state, according to the Andrew Miller of Amazon Watch.

American multinational Occidental Petroleum was granted licenses to drill for oil and gas in the late 1980s, but the company was successfully driven out of the area in 2002 after a prolonged campaign that saw the U’wa threaten collective suicide, and mobilize a broad international coalition to challenge Occidental’s plans to drill for gas. During the course of the resistance to the project, in 2000, violent clashes with police and armed forces also saw three U’wa children killed and five other members of the community disappeared.

Due to its international profile, the U’wa now has a broader significance as a “reference point” for other struggles “in Colombia and beyond,” says Andrew Miller. “As the U’wa are successful, they inspire other peoples to stand firm in their defense of their ancestral territories.”

Since Occidental ‘s departure in 2002, the struggle has been against Ecopetrol. The state-owned company inherited all of Occidental’s drilling rights, and has steadily worked to expand hydrocarbon extraction across various sites. In 2015, there was a victory for the U’wa when Ecopetrol removed machinery and rigging from one such site in Magellanes. Ecopetrol, however, claims that the withdrawal is only temporary.

In addition to these frontline struggles, the U’wa have often found themselves caught between the government and rebel groups such as the Fuerzas Armadas Revolucionarias de Colombia (FARC) and the Ejército de Liberación Nacional (ELN). Last October, an ELN ambush resulted in the deaths of 11 soldiers and police as well as the disappearance of a local U’wa guide, and two soldiers, as they transported votes cast in a remote area. The Caño-Limón-Covenas pipeline, that carries oil to the Caribbean coast, has also been bombed hundreds of times, resulting in at least one catastrophic spillage in March 2014 inside U’wa territory.