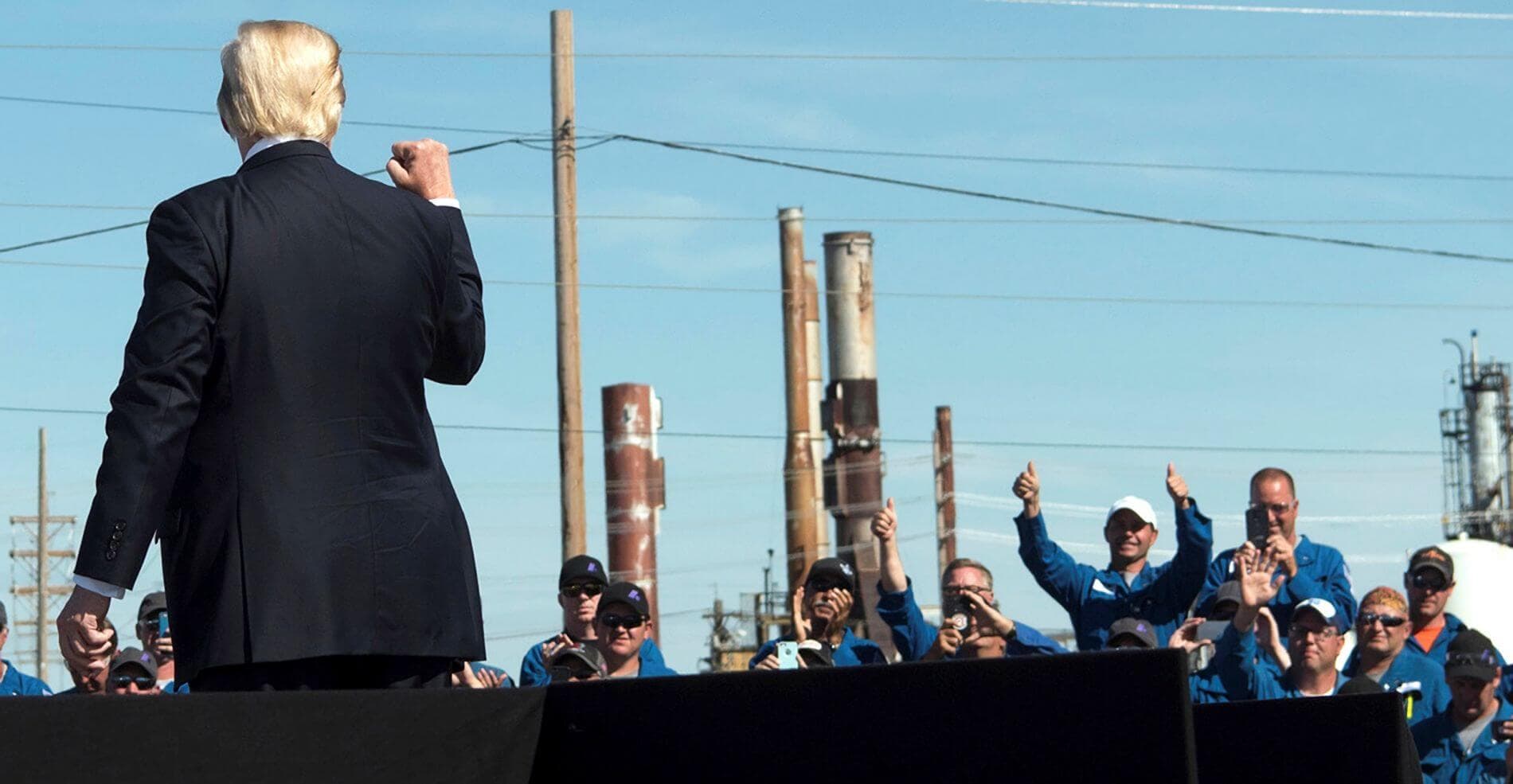 “The Keystone XL Pipeline would pose grave risks to the environment, including the climate, cultural resources, water resources, fish and wildlife, and human health and safety, the network and co-plaintiff North Coast Rivers Alliance said in a joint statement.

The first of the two orders signed at a speech to the International Union of Operating Engineers in Crosby, Texas, tells the EPA to consult with tribes and states in the next four months on rule changes “to avoid duplicative and redundant studies and reviews.”

This “Executive Order on Promoting Energy Infrastructure and Economic Growth” specifically targets Section 401 of the Clean Water Act with the goal of stripping tribes and states of local say-so on Water Quality Certification.

“My action today will cut through destructive permitting delays and denials,” Trump told the crowd at the union’s International Training and Education Center, located in the town of 3,300 where investigation was still ongoing on the deadly KMCO petrochemical plant fire a week earlier.

His other order “will speed up the process for approving vital infrastructure on our nation’s borders, such as oil pipelines, roads, and railways,” he said. “It will now take no more than 60 days.  That’s a vast improvement.  And the President, not the bureaucracy, will have sole authority to make the final decision when we get caught up in problems,” he added.

The lawsuit by Indigenous Environmental Network and North Coast Rivers Alliance, is their second to stop the tar-sands crude oil pipeline that would transport the unconventional petroleum product from the Athabascan homelands of Albert to the refineries and export facilities on the Texas Gulf Coast.

The second lawsuit objects to Trump’s March 29 withdrawal of that permit and his replacement of it with his own White House Presidential Permit.

His subsequent executive orders assure cross-border infrastructure project permit decisions “shall be made solely by the President.”

Plaintiffs charge the President overstepped his authority on a number of counts by handing pipeline builder TransCanada Corp. the fresh replacement permit.

“President Trump lacks constitutional authority to grant permission to TransCanada to ‘construct, connect, operate, and maintain pipeline facilities’ on lands administered for the public by the BLM at the border and elsewhere on the pipeline route, the case states.

Congress has jurisdiction over BLM lands, and the agency has granted no permit for the line. Likewise, the U.S. Army Corp of Engineers has not permitted proposed pipeline crossings of the Missouri River, Yellowstone River, Cheyenne River, and Platte River, as well as their tributaries, plaintiffs state.

The Law Offices of Stephan C. Volker, litigating on behalf of the plaintiffs, noted that Trump issued the contested replacement permit after the Ninth Circuit Court rejected TransCanada Corp.’s appeal of the judge’s order to halt construction pending environmental review.

“Having lost in both the trial and appellate courts, on March 29 President Trump resorted to the extreme measure of openly defying those court orders by reapproving KXL without conducting the additional environmental reviews that the courts had ordered,” the law firm said in a written statement.

“The Keystone XL Pipeline would be an environmental disaster,” the statement continued. “The 830,000 barrels per day of toxic tar-sands oil it would unleash would push global warming beyond the point of no return, propelling our planet into an ecological tailspin,” it said.

“The indigenous nations and the conservation community are united in their condemnation of this reckless, unneeded and destructive project,” it concluded.

The Native American Rights Fund, or NARF, litigating in the Presidential Permit battle on behalf of the Assiniboine and Gros Ventre tribes of the Ft. Belknap Community, confirmed: “President Trump’s new Keystone XL permit is a blatant attempt to avoid any environmental analysis for the pipeline, which United States law and courts have required.

“President Trump’s attempt to circumvent the judicial branch is extremely troubling because he has elevated the profits of a foreign corporation above the will of the American people and the laws of the United States.

“The Rosebud Sioux Tribe and Fort Belknap Indian Community have government-to-government treaties with the United States that the President cannot violate. NARF and our clients will continue to fight to ensure our treaties are upheld, and that the health and welfare of our people are protected.”