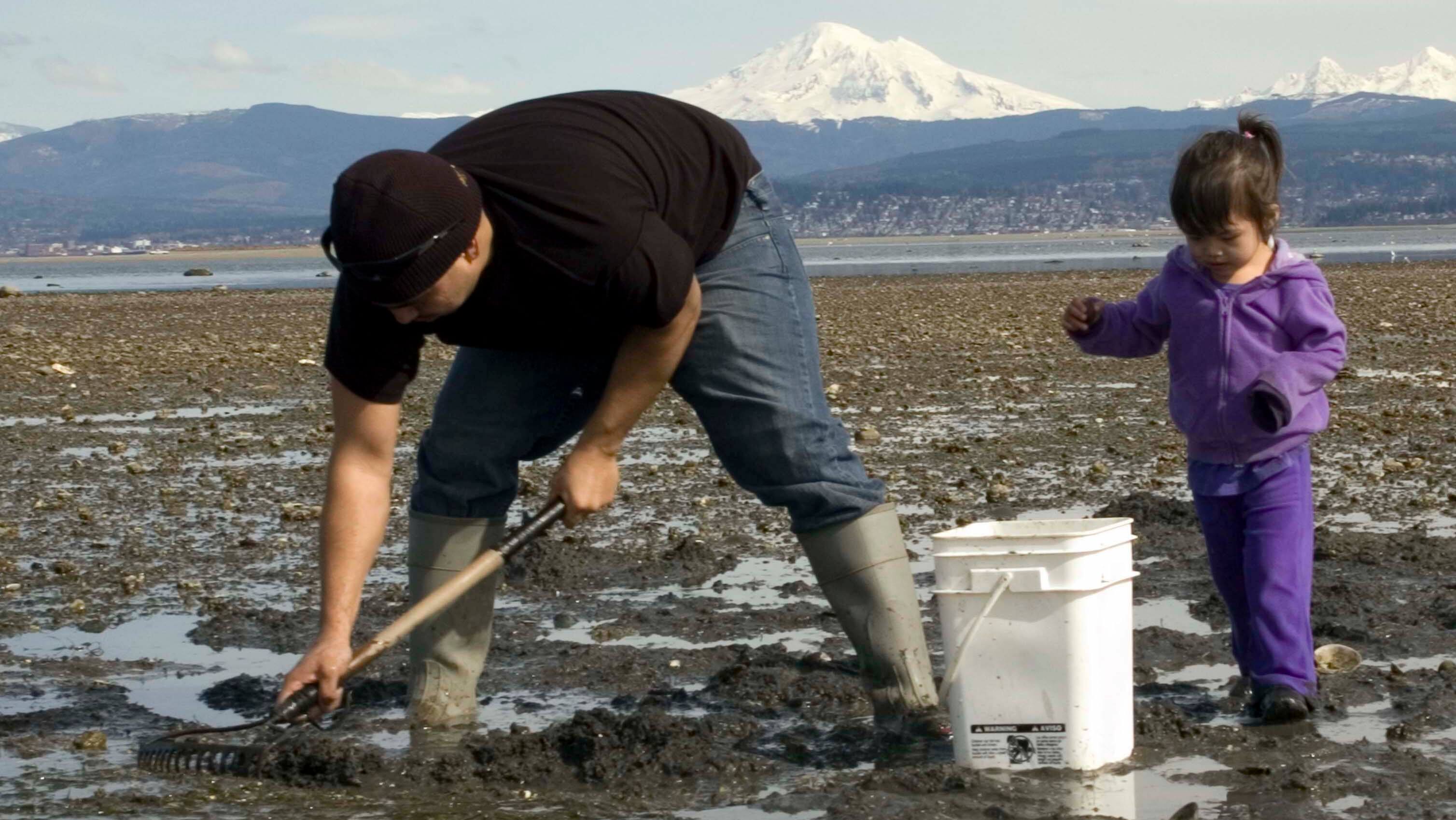 A couple of bills are floating through the Washington Legislature to lower the bar for large cattle ranchers’ impacts on treaty-protected food.

You can watch the testimony by the tribe’s lobbyist here.

No one has the right to pollute water resources relied on by others, particularly those citizens with a treaty-protected right to harvest shellfish. The… permit being developed by Ecology will not be perfect and is no panacea to stop all contamination and closure of shellfish beds. However, passing legislation to delay and dilute the CAFO permit that is under development is absolutely a step in the wrong direction.

Last year the Lummi Nation documented the huge impact water pollution is having on the tribe’s treaty-protected resources:

Manure from dairy cows is discharged either directly or indirectly into the Nooksack River, which flows into Portage Bay. In September, the tribe closed 335 acres of Portage Bay shellfish beds to harvest because of high fecal coliform levels that exceeded National Shellfish Sanitation Program standards. Continued poor water quality led to the closure of two additional areas in December, bringing the total to nearly 500 acres of shellfish beds that are unsafe to harvest. More areas may have to be closed in the coming months if conditions are not improved.

Lummi shellfish harvesters lost an estimated $8 million in revenue from 1996 to 2006, when 180 acres of Portage Bay shellfish beds were closed for the same reason. The Lummi Nation is pressing state and federal agencies to do a better job of keeping dairy farm manure out of the Nooksack River.

The tribe called on state regulators to do the right thing even earlier:

“I remember when the Portage Bay shellfish beds were re-opened in 2006 – unfortunately, some people haven’t kept up their end of the deal to keep waste out of our water,” said Merle Jefferson, Lummi natural resources director. “As a result, tribal members who did not pollute the water nevertheless have to suffer the consequences of actions or inactions of our upstream neighbors.”

About 200 Lummi families make their living harvesting shellfish, and as many as 5,000 community members rely on the shellfish beds for ceremonial and subsistence purposes.

“Failure of our upstream partners to follow the policies developed to respond to the last closure has led to this disaster,” said Lummi Nation Chairman Timothy Ballew II. “Immediate actions are needed to right the problem.”