INDIGENOUS DEMONSTRATORS from the Indigenous Youth Front and other groups have occupied Ketagalan Boulevard for 30 days now. Demonstrators are demanding the return of traditional lands and more comprehensive action by the Tsai administration to realize transitional justice for Indigenous Peoples in Taiwan.

In a high profile move, in her position as president of the ROC, Tsai Ing-Wen apologized to Indigenous Peoples on behalf of the government in August of last year, claiming that she would steer her administration towards redressing the historical wrongs against Indigenous Peoples. This apology saw demonstrations from indigenous groups who pointed towards the need for more concrete steps taken by the government than simply an official apology. Six months after the apology, indigenous groups remain critical of the Tsai administration’s failure to follow up on its promises. 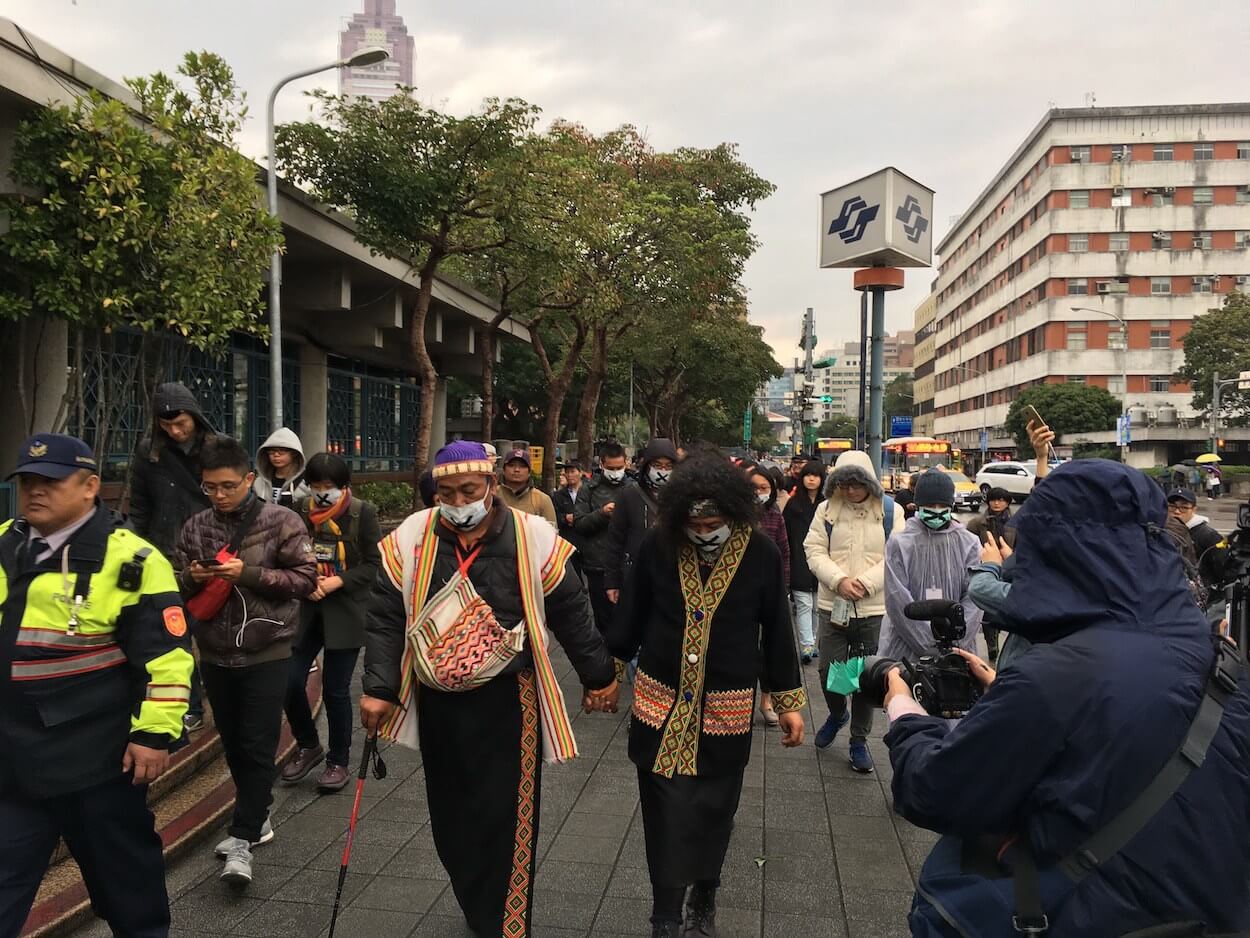 The main issue that is being demonstrated is the Tsai administration’s exclusion of privately-owned property from what was designated as indigenous land in the draft proposal put out by the Council of Indigenous Peoples. It was one of the promises of the Tsai administration that it would restore traditional lands to Taiwanese indigenous population. As a result, while indigenous territories have increased from zero to 800,000 hectares, Indigenous Peoples themselves estimate that their land should consist of 1.8 million hectares. Indigenous groups have criticized that Indigenous Peoples themselves, who should know the range and extent of their traditional territories best, were generally not consulted in the process of surveying traditional lands.

Given the high aims of the current occupation, it will be an uphill struggle for Indigenous Peoples to inveigh upon the Tsai administration. Although Tsai later responded to an earlier occupation on Ketagalan Boulevard after her official apology with a personal visit to the campsite, the Tsai administration has not responded to the current occupation, and has seen fit to largely ignore it. Among present demonstrators are indigenous community leaders who had previously participated in the Tsai administration’s inauguration ceremony, such as the indigenous singer-songwriter Panay. Likewise, the demonstration has largely been ignored by mainstream media in Taiwan, much less international media. 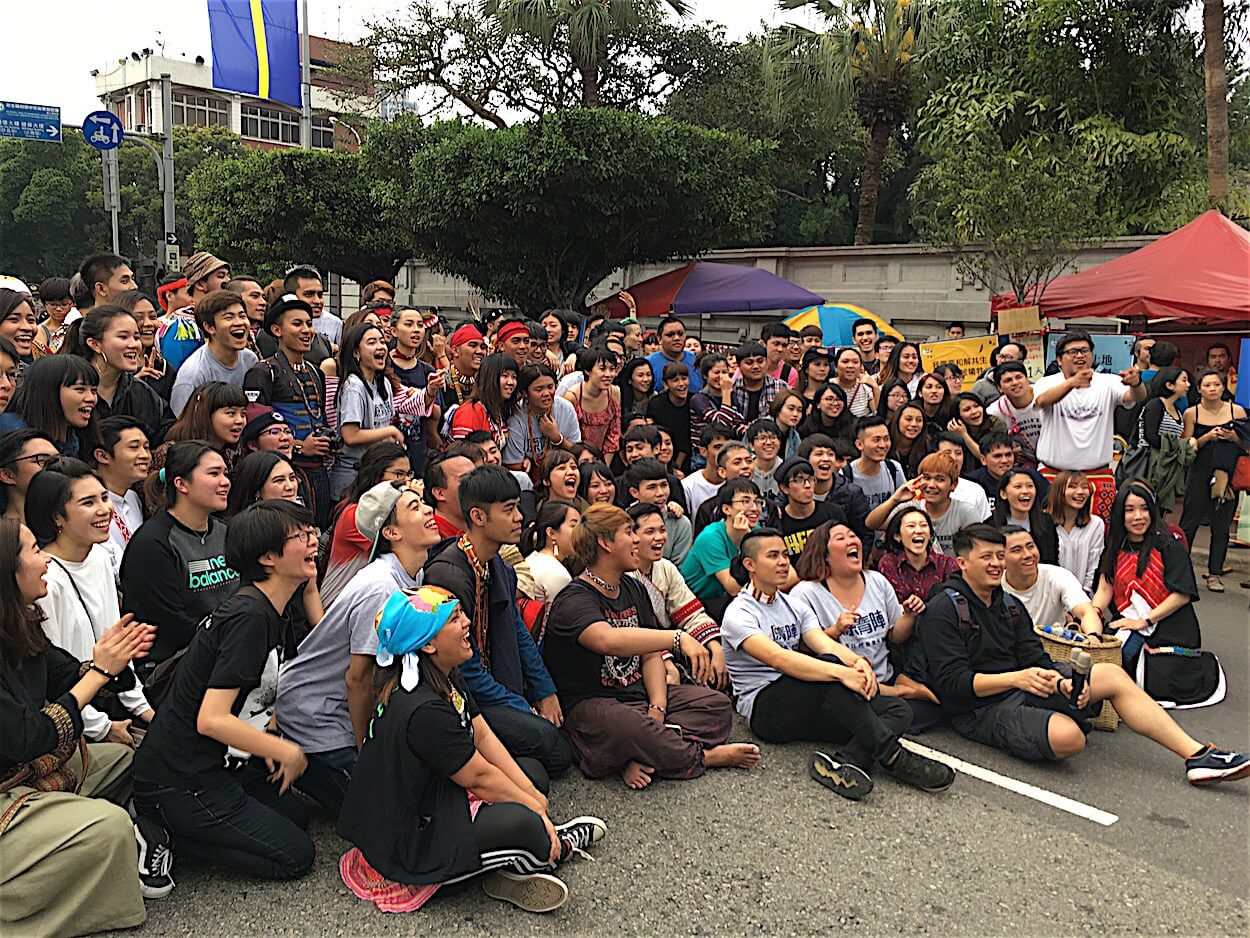 Previous actions included a demonstration of approximately 200 on March 5th, as well as coordinated protests with 228 commemoration events on February 28th and the anti-nuclear demonstration that took place on March 11th. Indigenous groups have called for indigenous transitional justice as a necessary part of transitional justice for all ethnic groups in Taiwan. However, they draw attention to the fact that the Tsai administration has devoted substantial resources to settling transitional justice for the 228 Massacre. On the other hand, the task force created by Tsai Ing-Wen to realize transitional justice for Indigenous Peoples is primarily a research body into past crimes committed against Indigenous Peoples rather than a body with the power to carry out action. Even then, this task force has no budget, and no permanently appointed members. It may be that Tsai’s apology may have just been for show, primarily done as a way of differentiating Taiwan from China. 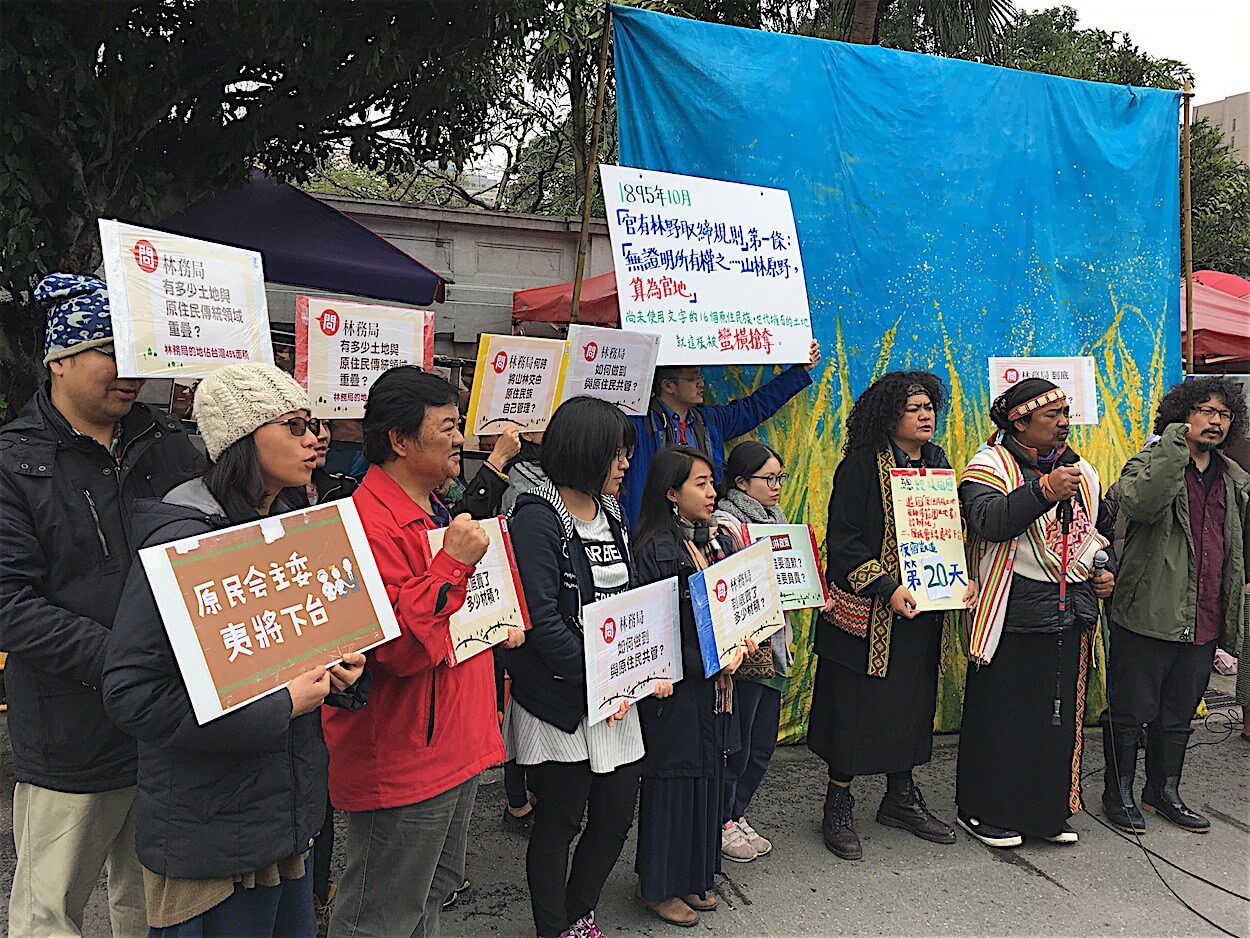 Sometimes this is framed by the government as a conflict between environmental protection or endangered species conservation laws and indigenous lifestyles. Or that large-scale planning by the government is necessary for Taiwan’s economic development, seeing as indigenous lands sometimes contain key natural resources. But indigenous themselves point to the failure of government policy on stopping environmental damage to their lands because government policy is too often formulated from afar. By contrast, indigenous groups have emphasized that they spend much time surveying their lands yearly in order to observe the state of nature. As such, they know the lands they live on best, and their traditional knowledge of the land allows them to safeguard natural resources and stock—obviously it is in their best interest to make sure that the environmental conditions of their traditional lands is safeguarded. 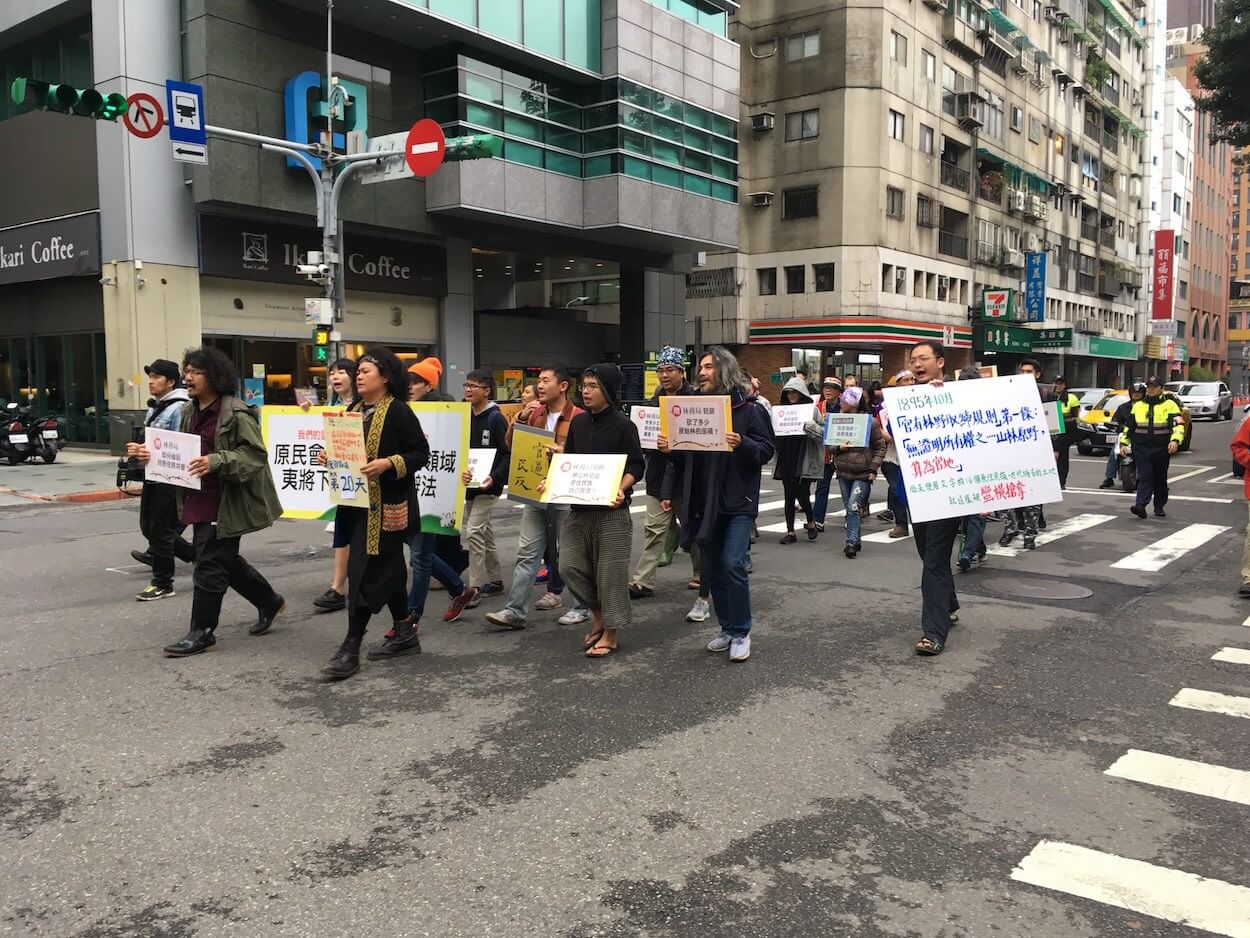 Yet government agencies such as the Forestry Bureau, national parks, and other institutions have failed to consult with indigenous communities. Not only does this fail to draw on the detailed knowledge indigenous communities have about their land, but it is a continued violation of the sovereign rights of Indigenous Peoples over their lands, and their rights to self-government as drawn up in the Indigenous Basic Law and other legal provisions.

In general, Indigenous Peoples face disproportionate rates of disease, drop-out, alcoholism, and suicide compared to other ethnic groups in Taiwan. As such, the issue of traditional land is only one part of the bigger picture in regards to the injustices that Indigenous Peoples have faced in Taiwan over the hundreds of years of colonialism they have experienced. 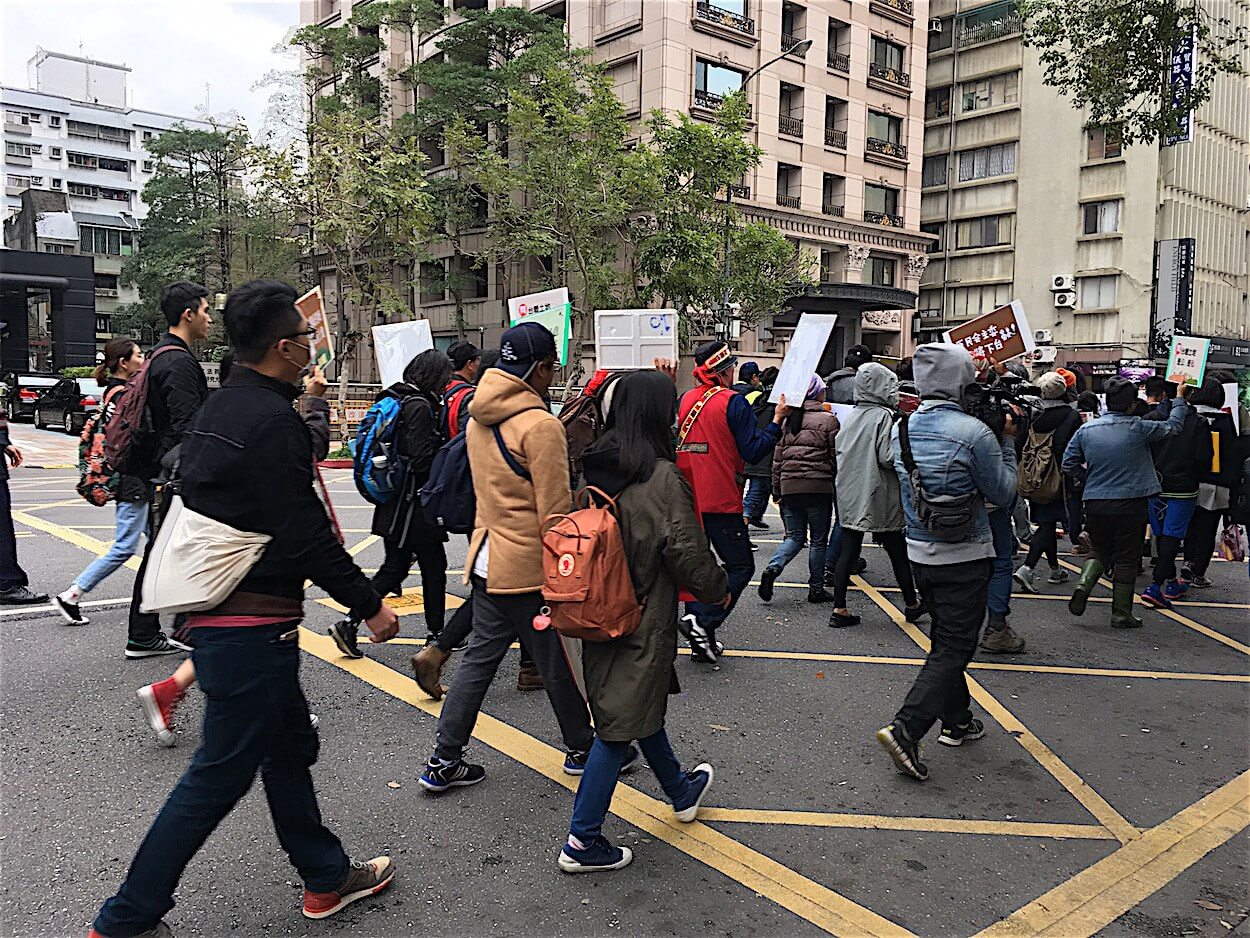 This article was originally published at New Bloom. It has been edited for IC with permission.