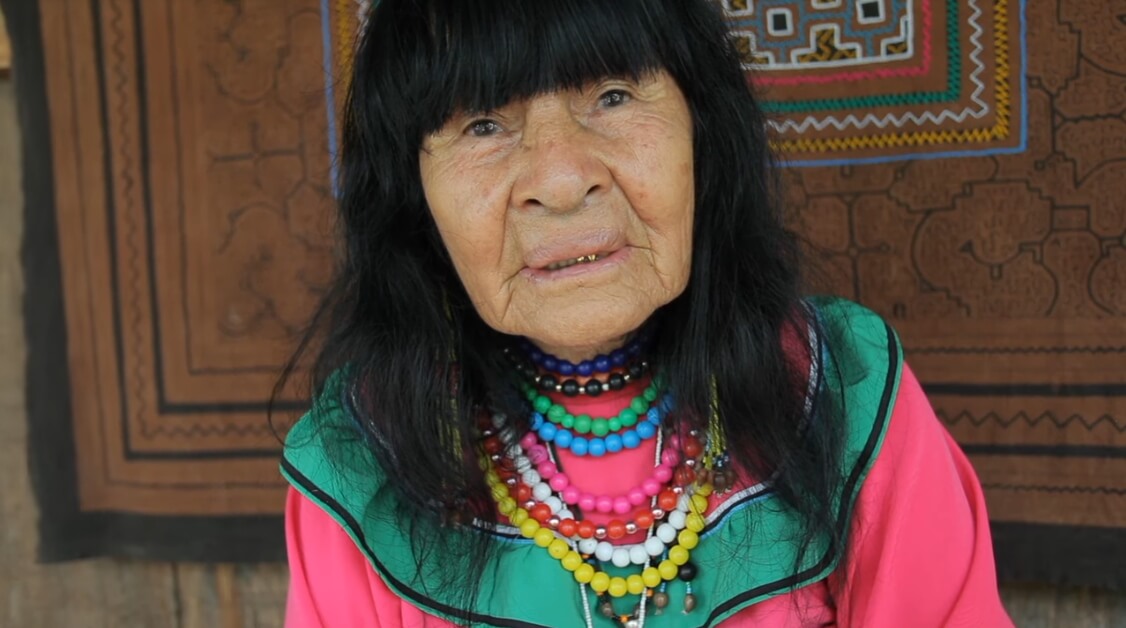 Leader of the Shipibo-konibo community, Olivia Arévalo Lomas, was 81 years old when she was shot in the chest and murdered. The principal suspect, Canadian Paul Woodroffe, died a few hours later.

The leader, practitioner of traditional medicine and defender of the Peruvian Amazon, Olivia Arévalo Lomas, of Shipibo-konibo ethnicity, was 81 years old when she was murdered last Thursday by two 380 calibre shots to the chest.

The main suspect, Canadian Paul Woodroffe died shortly after: a group of community members dragged him through the streets and beat him to death.

Olivia was a known shaman of Victoria Gracia, an intercultural settlement in the district of Yarinacocha. “Her death is an aggression against the entire Shipibo community. She was the living memory of her people” explained Juan Carlos Ruíz Molleda, coordinator of the department of indigenous communities and constitutional litigation of the NGO Institute of Legal Defence.

The day that they murdered Olivia, another woman from the Shipibo community, Magdalena Flores Agustín, received an anonymous envelope at her home. Inside there were two bullets and a letter directed to her and her husband.

It was not only members of her own Shipibo community, a village of more than 35,000 people that inhabit the amazon rainforest of Peru that turned to the guardian. She also attended to dozens of tourists who sailed for more than 15 hours down the river Ucayali to cure themselves of illnesses and to treat addictions.

“She was a grandmother who worked with medicinal plants”, Wilder Muñoz Díaz told Cosecha Roja, a traditional Shipibo doctor from a nearby community that shared healing ceremonies with Olivia. “It was very painful for us finding about her death”, he added.

Despite the main leads regarding the crime having discarded the possibility it might have been a political crime, indigenous communities have remained on alert.

The murder of the Amazonian guardian occurred in a context of territorial conflict between the Shipibo community and companies that desire to take over their land to cultivate palm oil.

The exploitation of the Peruvian amazon “affects the subsistence” of every community within the region explains Ruíz Molleda. They contaminate rivers where people wash themselves and fish, and they destroy the land in which the animals they hunt live.

In the past few years, around 6000 hectares of rainforest were deforested by companies who were operating illegally.

“The communities don’t want to sell their lands and that’s when hitmen start appearing”, according to Ruíz Molleda. In 2013 Mauro Pío Peña, historic leader of the Ashaninka community, was murdered by two hitmen.

The suspicions point to wood extraction entrepreneurs that illegally exploit the amazon rainforest and drug traffickers who had threatened them. In 2015, other leaders and members of the Shipibo community of Santa Clara de Uchunya were threatened.

The day that they murdered Olivia, another woman from the Shipibo community, Magdalena Flores Agustín, received an anonymous envelope at her home. Inside there were two bullets and a letter directed to her and her husband: “you have 48 hours to leave here. One bullet for each of you”.

The investigators of the crime are following two leads: according to the first version, on the 19th of April the Canadian Woodroffe arrived at Olivia’s house by motorbike. When she left to go to the shops he shot her twice in the chest.

Two days later the police found the body of the Canadian buried on their terrain. They arrived there after discovering a video on social media in which several men can be seen lynching Woodroffe.

The investigators suspect that the neighbours of the leader caught him when he tried to escape and they dragged him with a rope around his neck whilst they beat him. Yesterday, the Supreme Court of Justice of Ucayali ordered the capture of the two men who appear in the video.

“What happened with the supposed suspect of the murder of Olivia Arévalo is not indigenous justice and it has nothing to do with it” explained Ruíz Molleda.

The Peruvian constitution establishes that the authorities within indigenous and rural communities may carry out justice in their own territory according to their customs. “But always with respect for human rights”, explained the lawyer of the NGO Legal Defence.

The Shipibo Konibo Xetebo Council (Coshicox), the highest authority within the Shipibo – Konibo – Xetebo community, condemned the crime and declared that justice is compatible with indigenous culture.

The Federation of Native Communities of Ucayali and Alfluentes (Feconau) also asked the state to provide guarantees to other indigenous leaders that receive death threats and harassment.

This article was originally published at OpenDemocracy. It has been re-published at IC under a Creative Commons License.