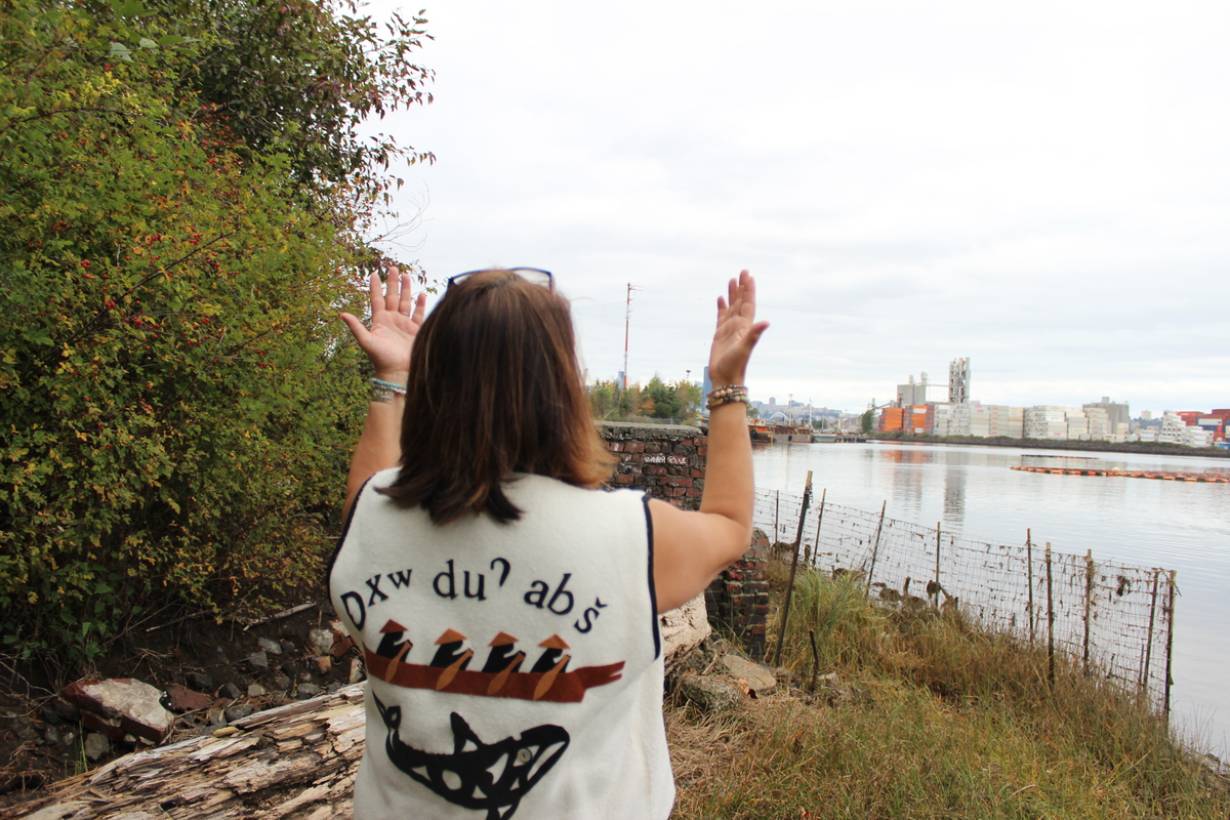 Every month, business coach Maggie Karshner makes three rent payments: one for her apartment, another for her office and the third to the Duwamish tribe.

The Duwamish are an indigenous group of about 700 people whose ancestral lands include what is now present-day Seattle, a city named after their former chief. They gave up 54,000 acres (21,800 hectares) of land to the U.S. government under the terms of an 1855 treaty but were never resettled onto a reservation, according to Jolene Haas, head of Duwamish Tribal Services.

Not legally recognised as a Native American group by the government, the Duwamish have been rendered a so-called “landless tribe” that does not benefit from federal assistance to indigenous people, she added.

In an effort to fill that gap, Karshner is one of more than 2,700 people in greater Seattle who choose to make a monthly contribution through a grassroots initiative called Real Rent Duwamish.

The project is part of a growing movement of individuals, groups and businesses across the country who are voluntarily making up for unpaid reparations.

For Karshner, whose ancestors settled in Washington state in the 19th century, the $12 she pays every month is a small but symbolic gesture to atone for the role her family had in expropriating indigenous land.

“My family history is one of taking Native people’s land repeatedly,” she said. “Even though I didn’t do that, I know that some of what my family used to send me to college came from the benefits my family got from that.”

Some local jurisdictions, including Seattle, have redesignated it as Indigenous Peoples’ Day to reflect that Native Americans were living on the continent before Christopher Columbus’ 15th century arrival.

In September, about 50 “real renters” gathered for a thank-you ceremony inside the Duwamish tribe’s longhouse, a graceful cedar building located near a former traditional Duwamish village turned industrial site.

They served salmon and frybread to their guests, whose donations have so far helped pay for upgrades to the tribe’s headquarters, the development of materials to teach their history in schools and the hiring of extra staff, said Haas.

“The contributions that Real Rent has given to the Duwamish tribe have been significant,” she told the Thomson Reuters Foundation, declining to reveal how much in total has been donated so far.

“It’s given us a level of stability that the tribe hasn’t seen in a very long time and really elevated our tribe’s presence here in Seattle.”

The ongoing struggle to secure federal recognition for the tribe was a major motivator for Patrick Tefft, one of the original organizers of the Real Rent campaign.

“Since the federal government refuses to do the right thing and live by its own words of the Treaty of Point Elliott (of 1855) … this is an opportunity for myself and others to play a local role and impact on a grassroots level,” said Tefft.

Working with the Duwamish has changed the very notion of land ownership for Tefft, who owns a house in Seattle with his husband. The couple, who have no children, are considering leaving their property to the tribe in their will.

“Is it our duty – or certainly our option – to potentially turn land that is currently privately owned back to the collective, back to the local indigenous (people)?” Tefft asked at the celebratory luncheon.

The U.S. Bureau of Indian Affairs did not respond to several requests for comment.

In July, it announced that it would not reconsider its 2015 decision to deny recognition to the Duwamish, when it said there was a “lack of evidence concerning the continuous existence of a ‘distinct American-Indian community’ and ‘tribal political influence or authority'”. 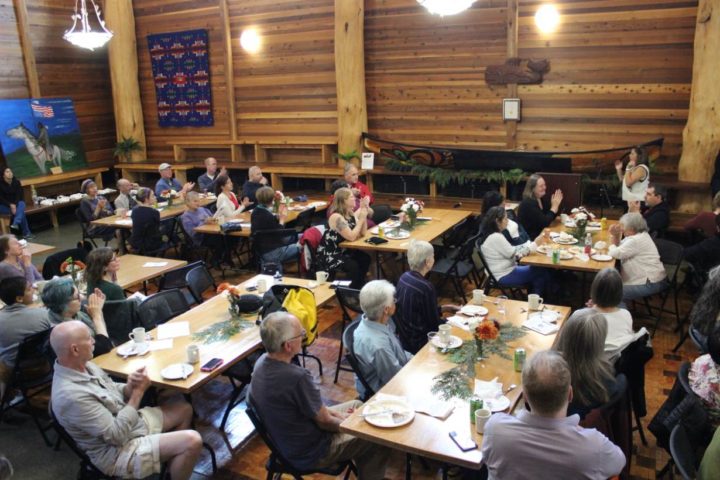 Donors to the Duwamish tribe applaud during a thank you ceremony at the Duwamish Longhouse and Cultural Center in Seattle, USA. Photo taken on 21 September 2019. Thomson Reuters Foundation/Gregory Scruggs

TIP OF THE ICEBERG

The idea of people reaching into their own pockets to pay reparations is slowly gaining steam across the continent.

The organizers of some small-scale events like concerts in New York and Oregon have asked white patrons to pay extra to help cover the costs for people of colour who were attending.

In April, students at the prestigious Georgetown University in Washington, D.C. voted to increase tuition fees to pay reparations to the descendants of enslaved Africans who were sold by the school’s Jesuit administrators in 1838.

In Canada, the government has taken responsibility for reparations, announcing in 2017 that it will pay up to C$750 million ($560 million) to thousands of aboriginals who were forcibly removed as children from their families decades ago.

And its efforts have attracted widespread attention, fielding inquiries from like-minded groups in California, Massachusetts and Canada, according to Chandra Farlow, one of the Real Rent organizers.

“Something like Real Rent, where people … are paying some kind of symbolic rent to indigenous people who are not federally acknowledged is just a tiny, tiny tip of an iceberg when we’re talking about colonial genocide,” she said.