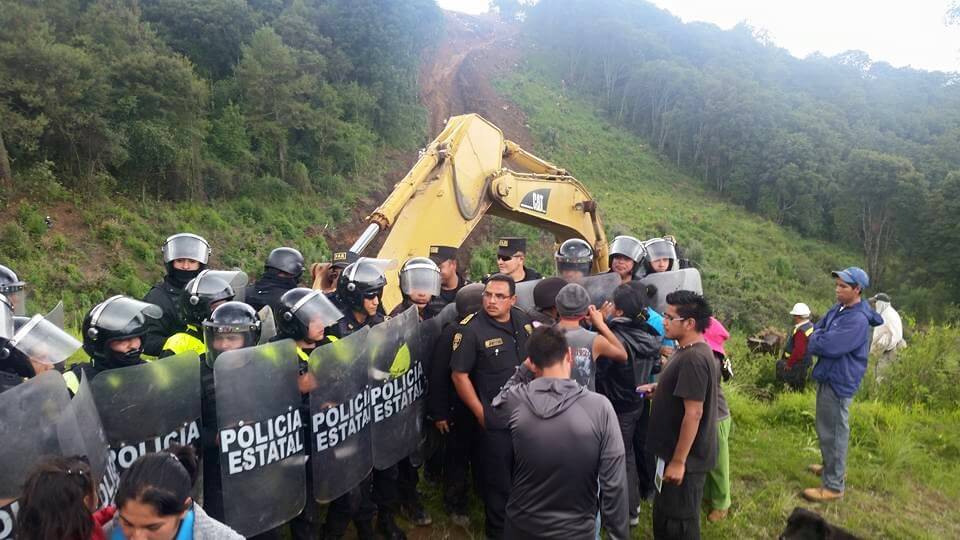 San Francisco Xochicuautla, Lerma, State of Mexico – July 8, 2015 – From June 18 to July 7, 2015 the indigenous community of San Francisco Xochicuatla, Lerma was besieged by workers of the company “Autovan S. A de C. V”, who are permanently guarded by state police—staff of the state government and ministerial police.

For the umpteenth time the Otomí Indians of Xochicuautla resisted the onslaught of government forces and a company that is committed to imposing a highway megaproject which, if carried out, will split in half their ancestral lands and sacred places. 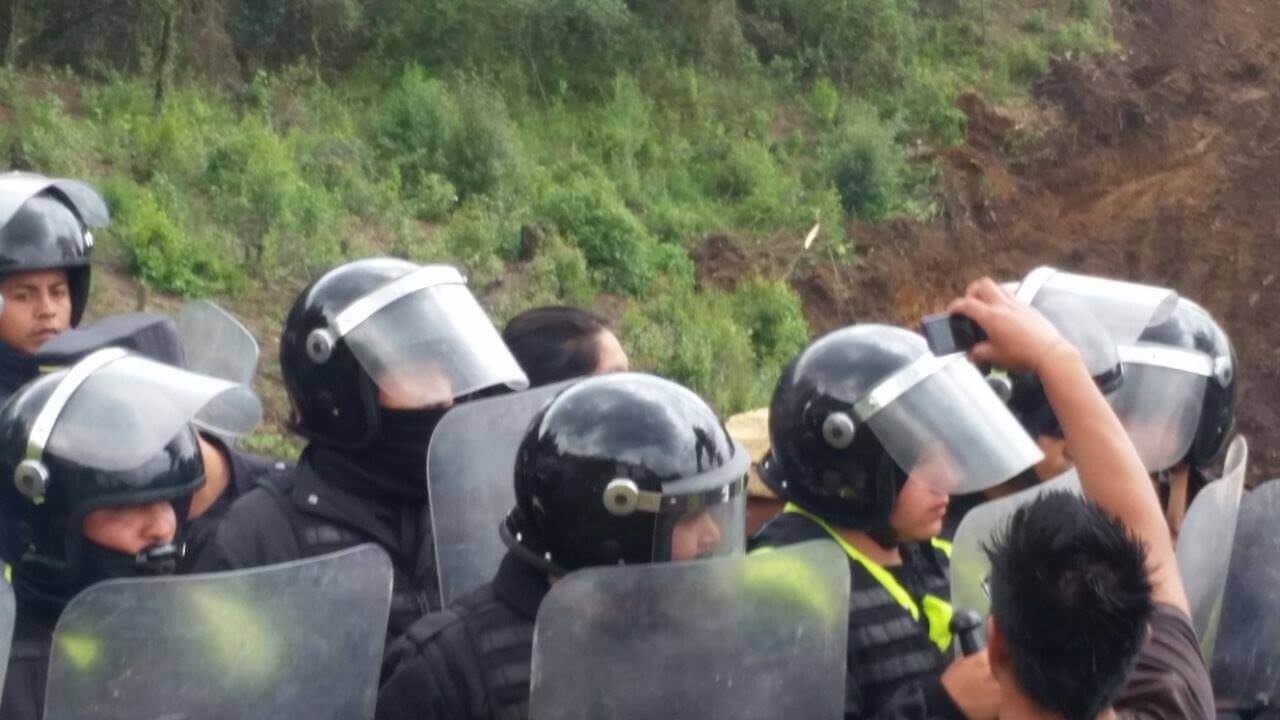 Xochicuautla has maintained a peaceful civil resistance to this project, concessioned to the subsidiary Grupo Higa, since 2007. For years, they have pursued legal action and various mobilizations which have sought the definitive cancellation of this act of aggression against nature and the lives of indigenous peoples in Mexico.

In May 2013 and November 2014 the indigenous community suffered arrests of several of its members by the imputation of “opposition to public works”—young people and older adults were arrested and transferred to the city of Toluca to intimidate the resistance. Fortunately, the arbitrary acts couldn’t be sustained and the people regained their freedom almost immediately. 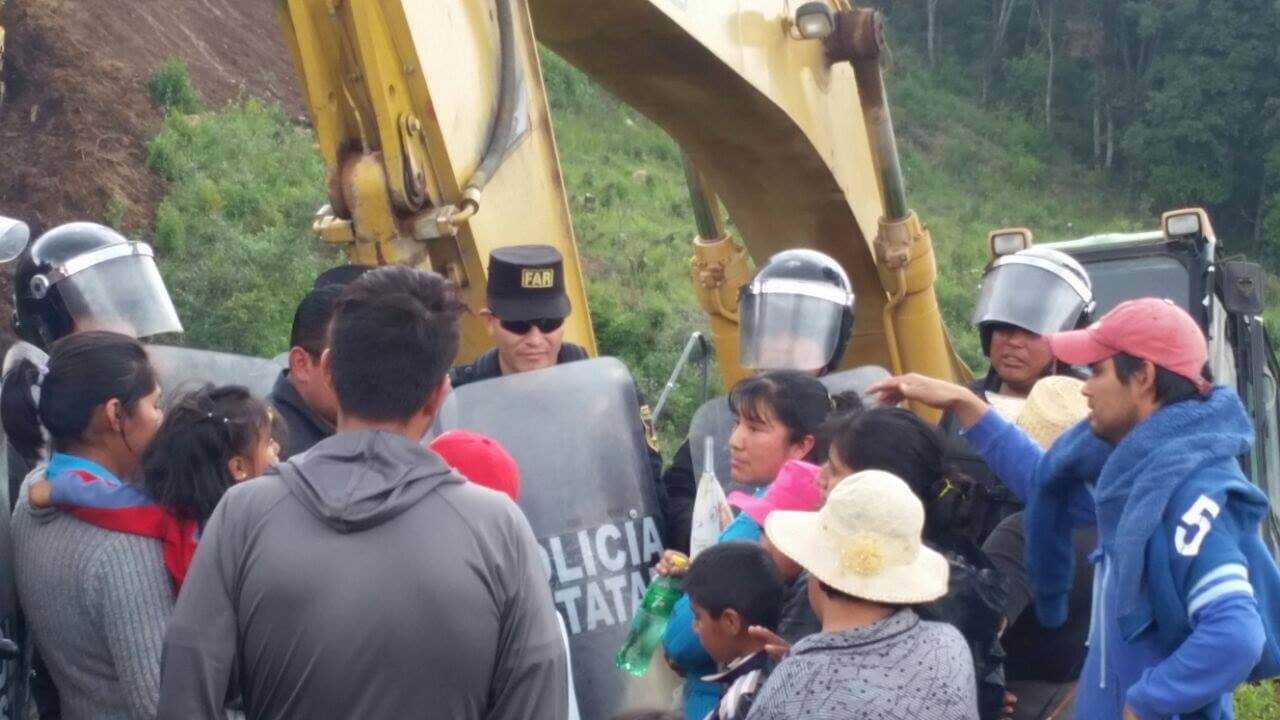 In spite of the legal remedies filed, the lack of free, prior and informed consent with the indigenous population, and the environmental damage that would result from the work, the company Autovan S. A. de C. V. and the government insist on imposing it with sticks in hand—ignoring state and national-level calls for its cancellation and the initiation of dialogue with the community.

In the face of this situation, the Center for Human Rights Zeferino Ladrillero decided to monitor and maintain a permanent presence in the community to see directly the offenses of the Mexican authorities and the company in question. 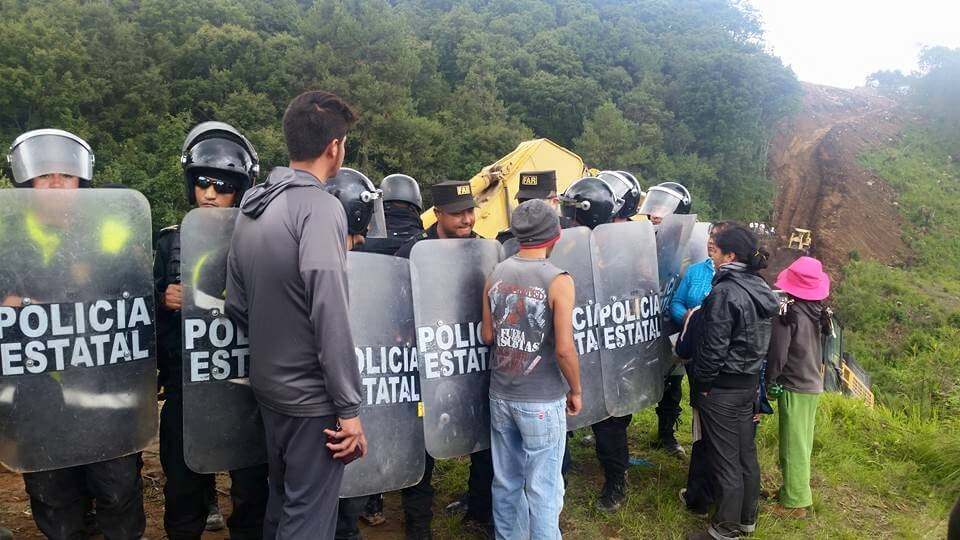 Through our civilian observation, we have verified that the Otomí indigenous human rights defenders are at a high risk of being physically assaulted and unjustly detained/arrested for their work in defense of indigenous peoples and the environment. We also observe that there are no signs of willingness on the part of both the government and company to respect the decision of the Otomí people.

This is why we believe it is vital to make public the knowledge that the State of Mexico is preparing a new imposed repression—unless national and international civil society, social organizations, and individuals do what is within their reach to avoid it. It is with this understanding that this Center for Human Rights calls the attention of all organizations, villages, and people to support the worthy resistance of the people of Xochicuautla. 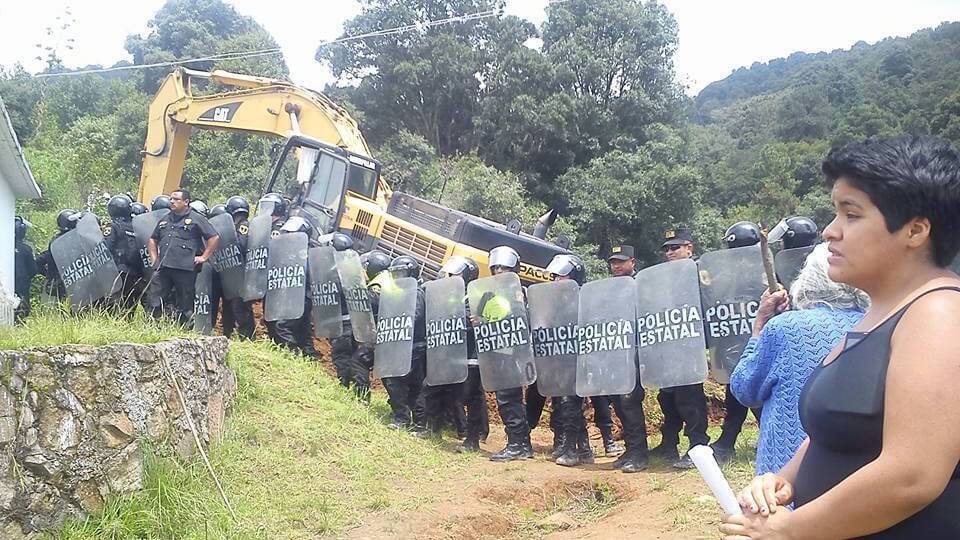 For our part, we will strengthen our observation in the territory and we will support the indigenous people in educating international institutions and organizations about the difficult situation facing indigenous human rights defenders in the state of Mexico.

Since we became organized as a civil society organization, in order to participate in the defense of human rights in the state of Mexico, we are convinced that human rights are a tool that must be available to the emancipation of indigenous peoples. Today the struggle of Xochicuatla reinforces and strengthens our determination, because it is precisely in the struggle of the indigenous peoples and communal peoples where the construction of a world with human dignity is birthed.