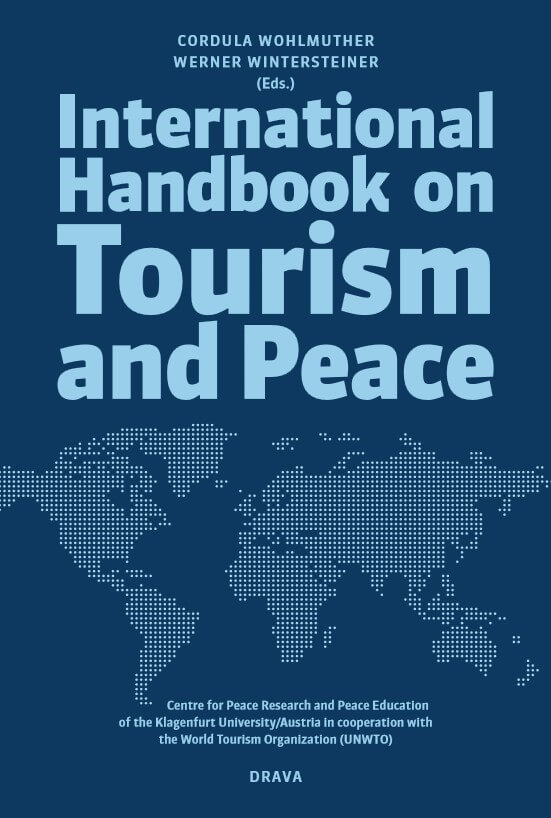 Responding to Misleading information in UNWTO Handbook on Tourism and Peace

I’ve come across an “International Handbook on Tourism and Peace” that’s published by the Centre for Peace Research and Peace Education of the Klagenfurt University in Austria in cooperation with the United Nations World Tourism Organization. There’s a chapter in this handbook that deals with the conflict between the people of Loliondo and the government working in the interest of the “investor” OBC, but unfortunately this chapter gets some basic facts totally wrong presenting last year’s land grabbing attempt by the Ministry for Natural Resources and Tourism led by the then Minister Khamis Kagasheki as “entirely based on wisdom”! I sent an email – copied and pasted below – to the writer of the chapter and to the two editors of the handbook. This handbook was launched in January this year with the support of the Ministry of Economy, Family and Youth and the Ministry of European and International Affairs of Austria. I’d kindly ask everyone reading this blog post to if possible share it with anyone who has read the disinformation of the handbook. I have so far only read the chapter about Loliondo and hope that the rest is not in the same vein. (Though I wouldn’t know since I only have detailed information about Loliondo…)

I hope this email finds you well. While googling I’ve found the International Handbook on Tourism and Peace and was sad – and frankly furious – to see some very misleading information about the threat against Maasai land in Loliondo http://www.uni-klu.ac.at/frieden/downloads/International_Handbook_on_Tourism_and_Peace(2).pdf

Emmanuel J. Bwasiri does almost correctly state that the Game Controlled Area was established in colonial times to regulate hunting and was not a – potentially – protected area until in the 2009 Wildlife Conservation Act. The 2009 Act does in sly way say that GCAs are protected areas – but this happening automatically would be totally insane and lead to mass evictions in many parts of a country already suffering from poverty and land conflict. Fortunately the act is not that insane but says in 16(5) that “For the Purposes of subsection (4), the Minister shall ensure that no land falling under the village land is included in the game controlled areas.” – and this should have been done within 12 months of the act coming into effect. Loliondo Game Controlled Area was never declared this new kind of protected area, and if this would have happened – or if it happens any time in the future – it would have been a human rights crime. The 2009 Act came into effect in June 2010 which makes Bwasiri’s statement that the 2009 evictions and human rights abuses (that he does not even mention) would have been because of this Act – if possible – even more incorrect. Bwasiri talks about the Maasai, due to drought, besides the NP “entering” the LGCA where they had always been. What’s true is that the drought in 2009 increased the seasonal use and the government – together with the hunting company – violently evicted people and cattle (that have since returned) when OBC’s hunting season was up.

The land is recognised as village land (not “government land” “that requires conservation protection” as stated by Bwasiri) by the Village Land Act No.5 of 1999 and Local Government (District Authority) Act No.7 of 1982 – and the 2009 Wildlife Conservation Act has not repealed this. Bwasiri does however state that the villages hold title deeds. Even more important is that thousands of people depend on this land for their lives and livelihoods, and not only those living in the 1,500km2 that the government want to grab for the benefit of OBC, but many other people are depending on it for dry season grazing.

Most infuriating is that Bwasiri has hook, line and sinker swallowed the Ministry of Tourism and Natural Resource’s cruel and brazen lies from last year’s land grab attempt. The lies consisted of pretending that the whole 4,000 km2 Loliondo Game Controlled Area was a “protected area” (that besides many villages would include the “towns” of Wasso and Loliondo, the district headquarters and the DC’s office) and instead of the government stealing 1,500km2 of important grazing land the Maasai would be “given” the remaining 2,500 km2. This is akin to a robber wanting to steal your phone by declaring that both your laptop and phone belong to him – and then organizing a press conference to tell the word how he generously gives you your own laptop. The difference being that the land is more essential to lives and livelihoods than such devices. What unbelievable cruelty to write, “The minister’s decision was entirely based on wisdom “… The only excuse for Bwasiri writing in this way would be ignorance, and in the worst case he is working for the Tanzanian government or the hunting company whose name he in a strangely coy way does not even want to mention.

In September last year the Prime Minister made an emotional speech declaring that the land belongs to the Maasai and their coming generations and nobody will be allowed to disturb them again – but then documents based on the PM’s visit appeared declaring that the government’s land grab plan was continuing.

There is only one hunting company that was given the Loliondo GCA hunting block north and south in a corruption scandal named “Loliondogate” in 1992 – Otterlo Business Corporation (OBC). This does not mean that OBC was given the land that’s registered village land, but just the hunting permit, which has not prevented the company from, with the assistance of the corrupt, anti-pastoralist government, from time to time behave as if it were a land owner. It’s unclear if OBC even is a business or just a hunting service for the highest level of society in the United Arab Emirates, like the ruler of Dubai, Sheikh Mohammed. There are also non-hunting tourism companies in Loliondo GCA. Some seem to be respectful of land rights while the Boston-based Thomson Safaris violently claim ownership of 12,617 acres at the same time as aggressively presenting this as a model for “community-based tourism”.

Regarding the talk about protection of wildlife and water sources it should be noted that OBC has been accused of all manners of hunting excesses and that the “investor” has made constructions within 10 metres of a water source that provides water for wildlife, people and cattle.

Bwasiri is also concerned about “rumours that some Maasai groups migrated to the LGCA from neighbouring countries and now claim to be indigenous to the area.” There is only one neighbouring country – Kenya – the border is within walking distance and was drawn in a wintry Berlin in 1885 without a single Maasai present – and the Maasai are one people (all of them come from the north historically). It is well known that the Tanzanian government has a habit of accusing perceived “troublemakers” of coming from the nearest neighbouring country however much documentation the have proving that they are Tanzanian citizens. And talking about some groups being more Tanzanian than others is of course also used as a strategy to divide and rule

After this misleading and insulting misinformation Bwasiri goes on to arrogantly make recommendations about including the Maasai as stakeholders. These people aren’t stakeholders. They are rights holders that already suffered important land loss with the creation of Serengeti National Park – and are now repeatedly suffering further land threats from the government. Rectify, apologize and then you can try to humbly advise them about how to manage their land.

As yet, I have not received any reply and it’s possible that the writer and editors do not care, but it’s only 3 days since I sent the email. Maybe the writer was asked to write something about Loliondo and – instead of consciously siding with power, oppression and lies – just lazily assumed that the press releases from the Ministry of Natural Resources and Tourism corresponded with reality – but it still isn’t an excuse, and now some damage control has to be done.

Blog entry originally published at View from the Termite Mound