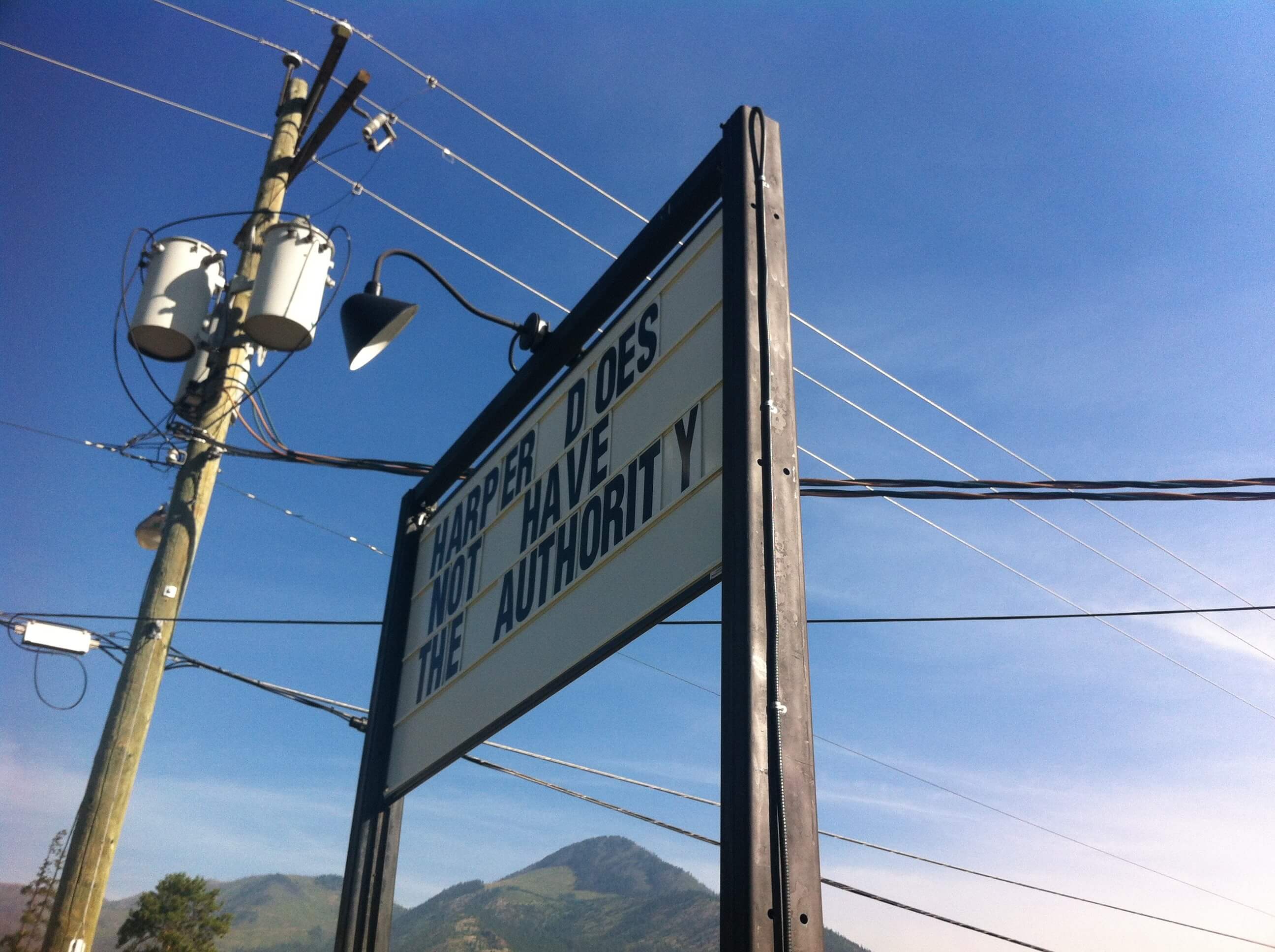 Contentious, complex, conflicting – relations to land in Canada are increasingly being seen as highly politicized. Mainstream media and dominant society are beginning to understand that land in much of the settler colonial context that is Canada is not a-political, that ‘space’ is not isolated from its cultural-legal and socio-political influences. Much of Canada was, after all, established as a geopolitical entity through waves of immigrants, settling on colonially-asserted and legally classified terra nullius, or empty, lands; lands that were perceived as being wasted in their uncultivated form, offering promises of new opportunities, new lives, and new fortunes. A main problem with this romanticized, Eurocentric, frontier mentality however, was that these lands were in no way empty. Beyond the obvious presence of people, they were full of spirit, culture, and governed by legal systems and epistemologies developed with an intrinsic relationship to place over time.

In his introduction to a special issue in Law and Social Inquiry (2001) John Comaroff, a cultural anthropologist, aptly termed the use of law’s relation to colonialism as ‘lawfare’: the coercive use of legal means at the detriment of Indigenous peoples with the purpose of dispossession of lands and control over Indigenous peoples and territories by colonizing bodies. Integral to this concept of ‘lawfare’ is the so-obvious-that-it-is-often-overlooked fact that all law, in this case colonial common law, are cultural byproducts. Lawfare has been so effective in entrenching itself within settler colonial contexts that law and legal mechanisms that allow it to persist have gone largely unquestioned by dominant populations; cultural hegemony ensures that law is in fact framed as objective, as moral, as the scales on which to measure justice. When viewed in this light, an Audre Lorde inspired question undoubtedly creeps into the conversation: “Can the [colonial] master’s tools be used to dismantle the [colonial] master’s house?” Subservience is not here seen as the result of the ‘Master’s’ doing; nor is the term ‘Master’ intended to distract from the diverse struggles and forms of resistance to the hands of colonial processes experienced globally. Rather, it is used to highlight the near unquestionable power and privilege, the dominant narrative, at the core of settler colonialism; this power and privilege has often excluded law which lies outside of the Master’s walls, serving to belittle Indigenous law and thus ignore mutually agreed upon and legally binding covenants, such as the Two Row Wampum or Tawagonshi Agreement of 1613, or the Peace and Friendship Treaties of 1725-1779. Although common law has been used by many as a means of countering inequitable consequences of colonialism (Tsilqot’in v. BC 2014 [SCC 44], for instance), the affectivity of law in social and environmental struggles for justice on Indigenous territories comes into question if/when settlers, those largely unaware of the deeply biased birthing of law, are unaware of its cultural dependence – a statement that can be implied within many social systems prevalent in Canada today and is exemplified by the phrase ‘we are all treaty people’.

Law being framed as a cultural process with the assertive ability to achieve justice, settlers are coming to know that their positioning on Indigenous lands, especially those that are unceded (such as the majority of British Columbia) or where treaties are contested (such as Treaty 9 territory in the proposed Ring of Fire in Ontario), is not a naturalized or neutralized process; rather, this positioning can be seen as a political act, one rectified through law or other directly dispossessing measures.

In tandem with this perceived need for physical positioning is the necessity to demystify the false perception of ‘Indigenous issues’ as somehow isolated to Indigenous peoples. Premised upon the (anti-colonial) understanding that, at least in Canada, Indigenous-settler relations are inseparable from settler relations to land, some key themes, theories, and happenings that are beginning to thrust this reality into the mainstream will be explored within Intercontinental Cry. As a sixth generation settler who calls unceded Coast Salish territories on Vancouver Island, British Columbia home, it is useful to mention that these contributions are not intended to inflict feelings of settler guilt, but rather encourage accountability and responsibility – an ethic that can shed light on the fact that prior to settler colonial establishment, and up until this day, Indigenous lands are governed by legal systems and epistemologies developed with an intrinsic relationship to place over time.