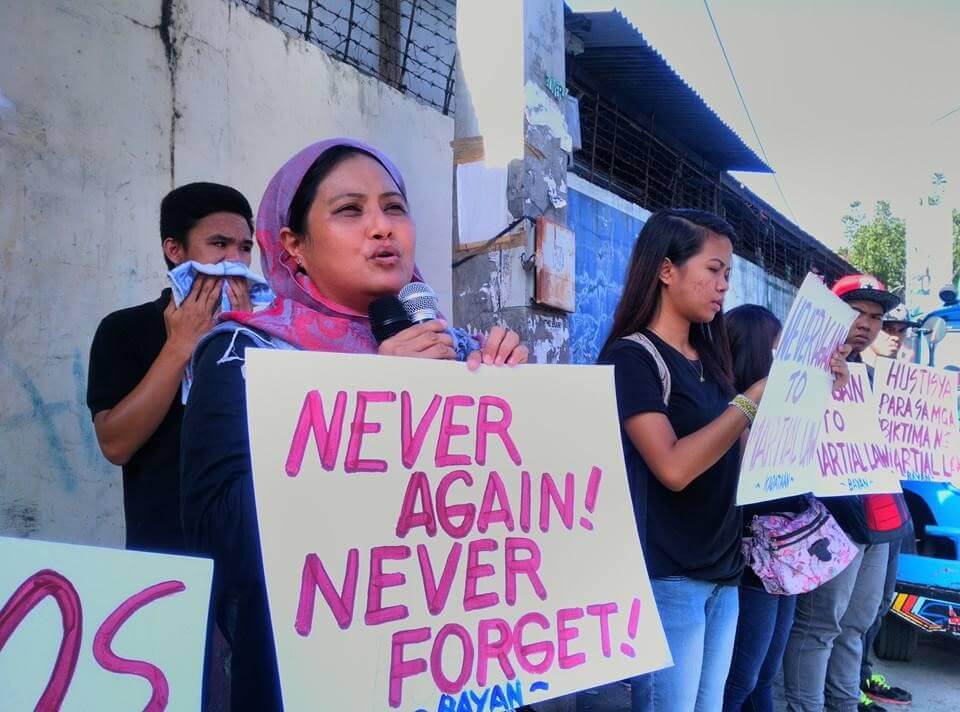 At 10pm on May 23, 2017, President Rodrigo Duterte declared sixty days of Martial Law in Mindanao, the Philippines’ second largest and southernmost island. Presidential spokesperson Ernesto Abella cited an alleged firefight in Marawi City between the Maute Group — affiliates of Islamic State militants — and the Armed Forces of the Philippines (AFP) as a justification for the president’s declaration. A statement by President Duterte on May 19th, however, reveals that disputes over the resource-rich land in Mindanao played a prominent role in the declaration of Martial Law: “The declaration of Martial Law, the President said, will not only solve the issues of rebellion but also the land disputes in Mindanao which he believed is the dominant reason why there is chaos in the island.”

Last November, Filipinos around the world protested President Duterte’s burial of former dictator Ferdinand Marcos in a hero’s cemetery. Marcos was infamous for placing the Philippines under martial law from 1972-1981. Under Marcos’s declaration, all powers were transferred to the president, the military was authorized to arrest individuals who were allegedly conspiring to take over the government, a curfew was enforced, and group assemblies were banned. According to Amnesty International, 70,000 people were imprisoned, 34,000 were tortured, and 3,240 were killed during Martial Law under Marcos. In the November #MarcosNoHero protests, thousands called for justice and indemnification for all Martial Law victims.

According to President Duterte himself, Martial Law in Mindanao will not be different from Marcos’s Martial Law. Philippine-based Human Rights alliance Karapatan warns that intensified military operations are inevitable. The declaration of Martial Law sets the stage for human rights violations similar to those of the Marcos regime, including extrajudicial killings, illegal arrests, and torture perpetrated by the Philippine government.

The alleged violence justifying martial law occurred in Marawi City, just one of thirty cities on the island of Mindanao. When asked why all of Mindanao was placed under Martial Law, Defense Secretary Delfin Lorenzana replied “there are also problems” in other parts of the island. 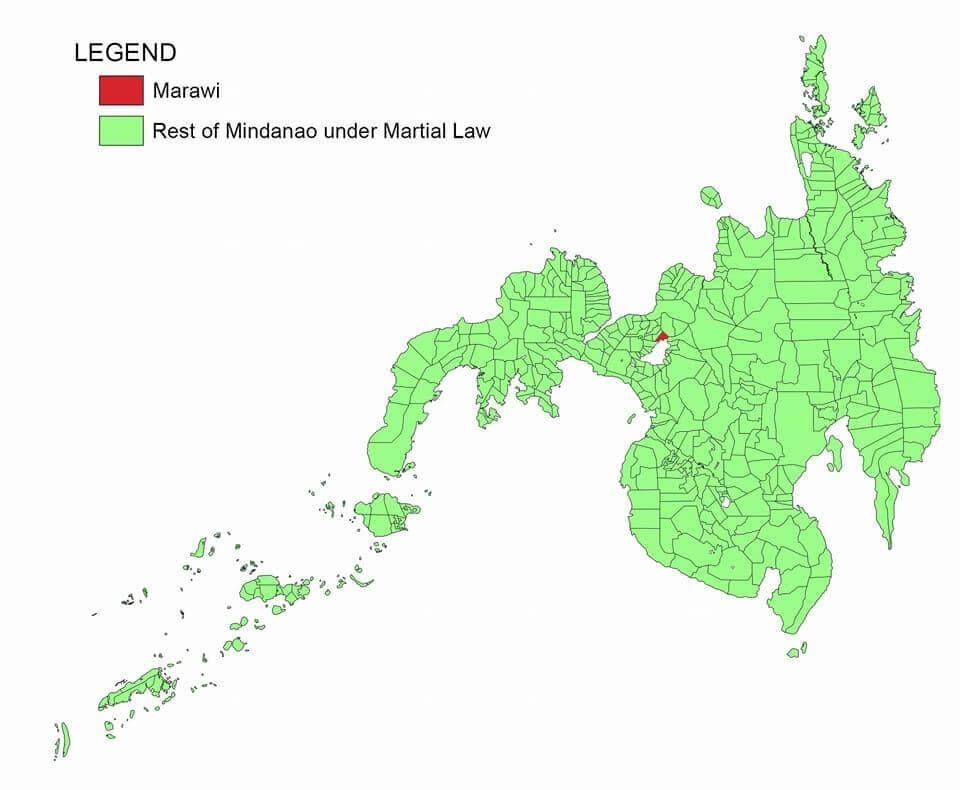 These “problems” are rooted in the indigenous claims to land and self-determination on the island by Moro and Lumad peoples. Mindanao is incredibly rich in mineral and other resources, which has drawn the attention of predatory transnational corporations. A 2006 cable leaked by Wikileaks revealed that the largest deposits of oil and natural gas in the Philippines are located in the Cotabato Basin in Mindanao, a stronghold of several armed Moro groups.

Moro and Lumad lives at risk

Moro and Lumad communities in Mindanao have faced colonial and state-sponsored violence for centuries, and the Duterte administration has proved to be no exception. In March 2017, Duterte declared an “all-out war” against the Communist-led revolutionary movement, which led to the aerial bombing of communities across the island. In the wake of Duterte’s Martial Law, Department of National Defense Secretary Lorenzana ordered the intensification of the “all-out war” counterinsurgency operations in Mindanao.

Moros and Lumads engaged in the struggle for land are the most vulnerable to the Martial Law declaration. As of March 2017, there have been at least 18 extrajudicial killings of Lumad peoples and 3 of Moro peoples under President Duterte. There are also at least 183 political prisoners on the island of Mindanao. The murders and human rights violations in Mindanao under Duterte will likely rise in the coming sixty days.

Cristina Rey is a Filipina/Cuban American student activist and educator currently based in Western Massachusetts.