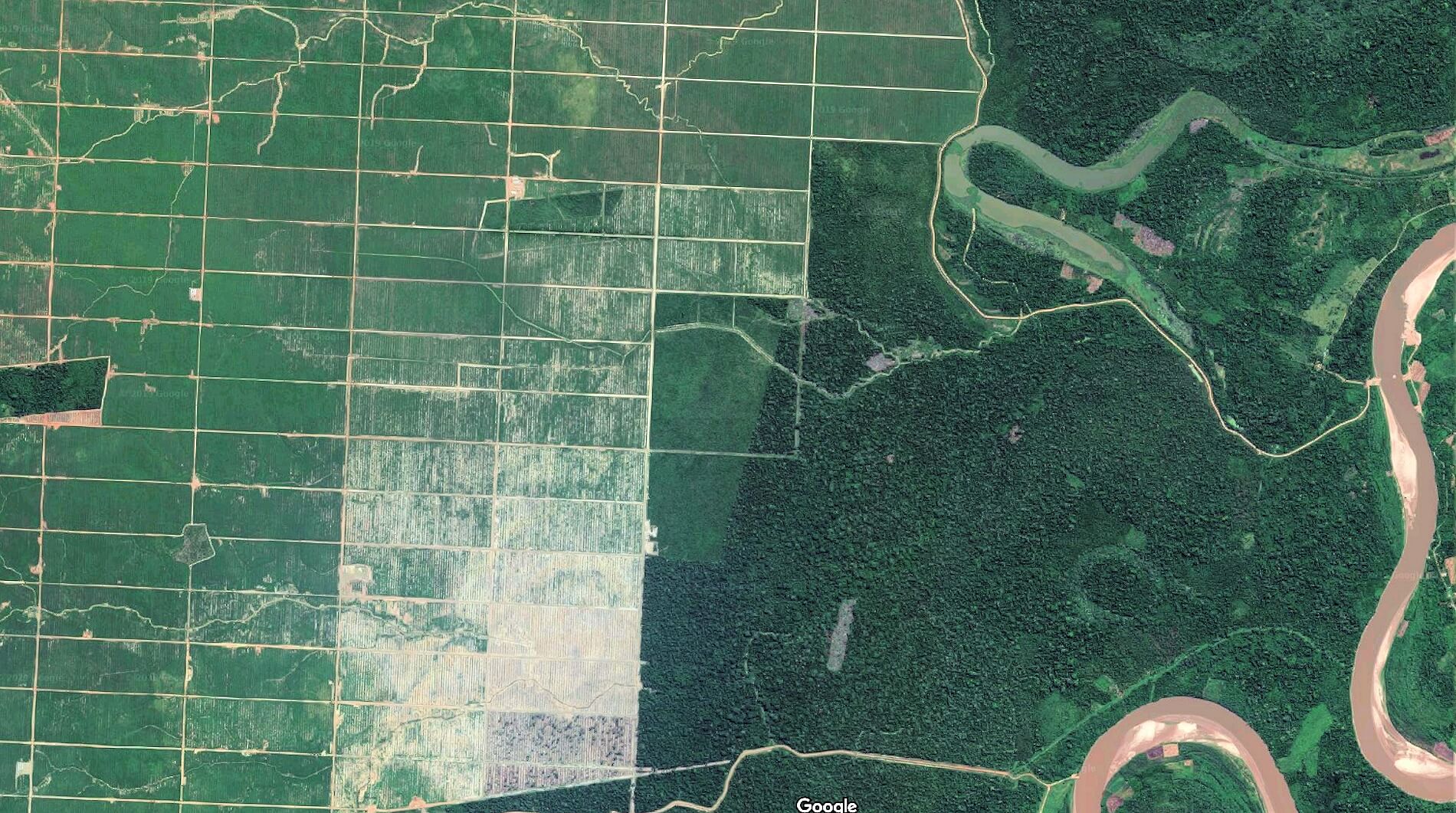 Deforestation in the territory of the Shipibo. Credit: Imagery ©2019 DigitalGlobe, Map data ©2019
Support our journalism. Become a Patron!

Regional authorities in Ucayali, Peru are set to implement an order which will remove protections for 3.5 million hectares of Amazon rainforest and allow for the invasion of indigenous lands, with at least 100,000 hectares under direct threat from settlers and agribusiness. The affected forests have previously been declared as “Permanent Production Forests” (BPP), meaning they enjoy a high degree of legal protection from deforestation, and land rights cannot be issued.

Despite this, on 28 June the Ucayali Agrarian Agency, the regional office of the Forestry and Wildlife Service, district mayors and other Regional Government of Ucayali officials set up a commission which will have the ability to strip protections for BPP-classified forests, and enable settlers to obtain certificates giving them rights over invaded lands. These “possessionary certificates” are key to enabling land-trafficking and deforestation throughout the Peruvian Amazon, particularly in untitled indigenous territories such as those of Santa Clara de Uchunya in Ucayali. This Shipibo community has an ongoing legal battle to secure restitution of their lands – many of which will now be open to invasion.

Facing widespread dispossession, violence and destruction of their forests, the community of Santa Clara de Uchunya have been seeking the legal recognition of their lands including restitution of over 7000 hectares of forest lands unlawfully acquired and deforested by palm oil developers. As part of this struggle they have filed a flagship lawsuit which is currently awaiting a hearing at Peru’s highest court, the Constitutional Tribunal. In January 2019, indigenous peoples from across Ucayali and San Martin issued an urgent call to the Peruvian authorities to declare a moratorium on any new land concessions in line with international human rights obligations which require the Peruvian government to abstain from issuing any rights while the land claims of indigenous peoples remain unresolved.

This latest move from the Regional Government of Ucayali not only flouts these legal obligations but is certain to escalate the land grab against indigenous territories and intensify the destruction of forests and threats to human rights and land defenders.

In addition, these local measures, once in place, would have global implications, as they would render practically meaningless the emission reduction commitments and deforestation targets made by the Peruvian government to the international community and bilateral donors including the governments of Norway and Germany.