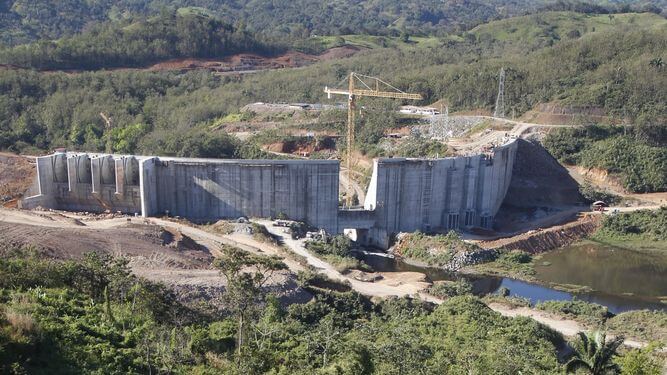 Servindi, 20 January, 2015 – A commission led by Vice President of the Government of Panama, Saint Malo Isabel Alvarado, will hold a dialogue with Indigenous Ngäbe Bugle Peoples who gave the President a deadline of February 15 to cancel the Barro Blanco hydroelectric project.

The “high-level commission” formed on Monday by the government will include the Minister of Security, Rodolfo Aguilera; Government, Milton Henríquez; Labor, Luis Ernesto Carles; and the National Environmental Authority, Mirei Endara.

The United Nations Development Programme (UNDP) and the local churches are also invited, and will be present at the Ngäbe Bugle community next week.

The objective of the government is to talk with all the parties and “find a point of understanding,” President Juan Carlos Varela said in a statement.

After the official announcement, the regional president of Codubri in Ngäbe Bugle, Toribio Garcia, said that the talks must be held on the shores of Tabasará river with the residents of the Caña Blanca area, in the province of Chiriqui.

He warned that the only legitimate representatives of the mobilized people are the leaders gathered there.

The ultimatum
Last weekend the Indigenous Peoples of the Ngäbe-Buglé region gave the deadline of February 15 for President Varela to cancel the Barro Blanco hydroelectric project in the Tabasará River that would affect more than two thousand families.

If their claim is not answered, they warned they will take forceful measures because they believe that “the River is not for sale”.

In Caña Blanca, the natives built houses with sticks and stalk where they now spend the night, and where they have invited President Varela to meet.

Some people have already spent more than a year there, to prevent more deforestation by the company Generadora del Istmo SA (GENISA), operator of the Barro Blanco hydroelectric project.

In a statement issued on January 13, the movement against the dam made a call to indigenous organizations, farmers, unions and others to be in a “state of alert”.

They rejected “any negotiation other than the definitive cancellation of the Barro Blanco dam in the Tabasará River.”

Article originally published in Spanish at Servindi. Translated by Servindi for IC Magazine and re-published under a Creative Commons license.