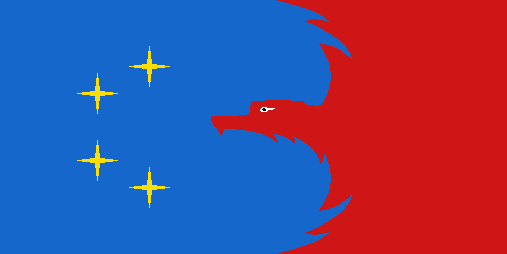 Notice of Eviction to Manitoba Hydro

Mr. Thomson, your company, Manitoba Hydro, has violated our rights under Treaty 5 and under the NFA Treaty, for as long as the Hydro Project has existed. These treaties were to acknowledge that the Crown gets the right to be here and do certain things here, as long as you act honourably. You, as CEO of Hydro, should know that this was a promise, from aboriginal peoples such as Pimicikamak, to help you to achieve your mission as long as you respected our rights.

We, the people of Pimicikamak, have occupied our homeland since before time was recorded by your people. We acknowledge that through treaties WE gave YOU and the Crown and settlers certain rights here. To be here and to share the lands and its bounties — with us.

You, Mr. Thomson, have perpetuated a myth that the lands that comprise Canada are “Crown” lands. Even if that were right, you have participated in a fraud that there is entitlement to use these treaty lands for your own purposes regardless of what we, as the original title-holders, would have to say about that.

We, the nation of Pimicikamak, who made treaty with the Crown and thus was regarded by the Crown as being legally capable to enter into inter-jurisdictional agreements (like, in modern times, NAFTA), hereby declare that unless and until Manitoba Hydro fully honours and meets its obligations to Pimicikamak under Treaty 5 and under the Treaty 12 NFA , Pimicikamak will henceforth take occupation of our traditional territory and we do hereby evict Hydro from any use and occupation of our homelands, including at Jenpeg.

You do not respect our rights. There is a fundamental breach of our relationship in the NFA. You do not even respect or acknowledge who we are as a peoples. Money and profit – that which you make off our traditional territory and people – is apparently all you care about.

You are a corporate boss. But you are also an agent for the government of Manitoba. Your single shareholder is Manitoba. 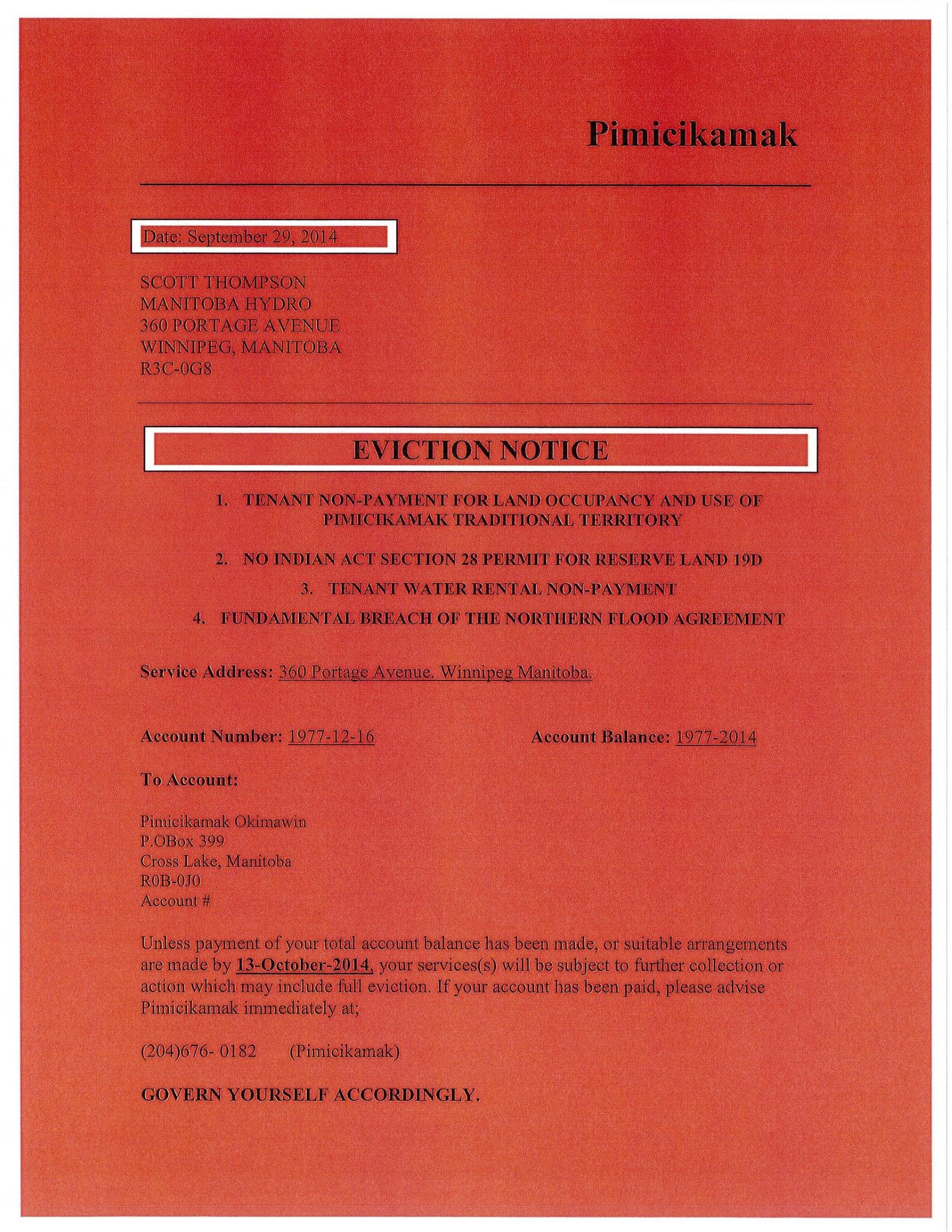